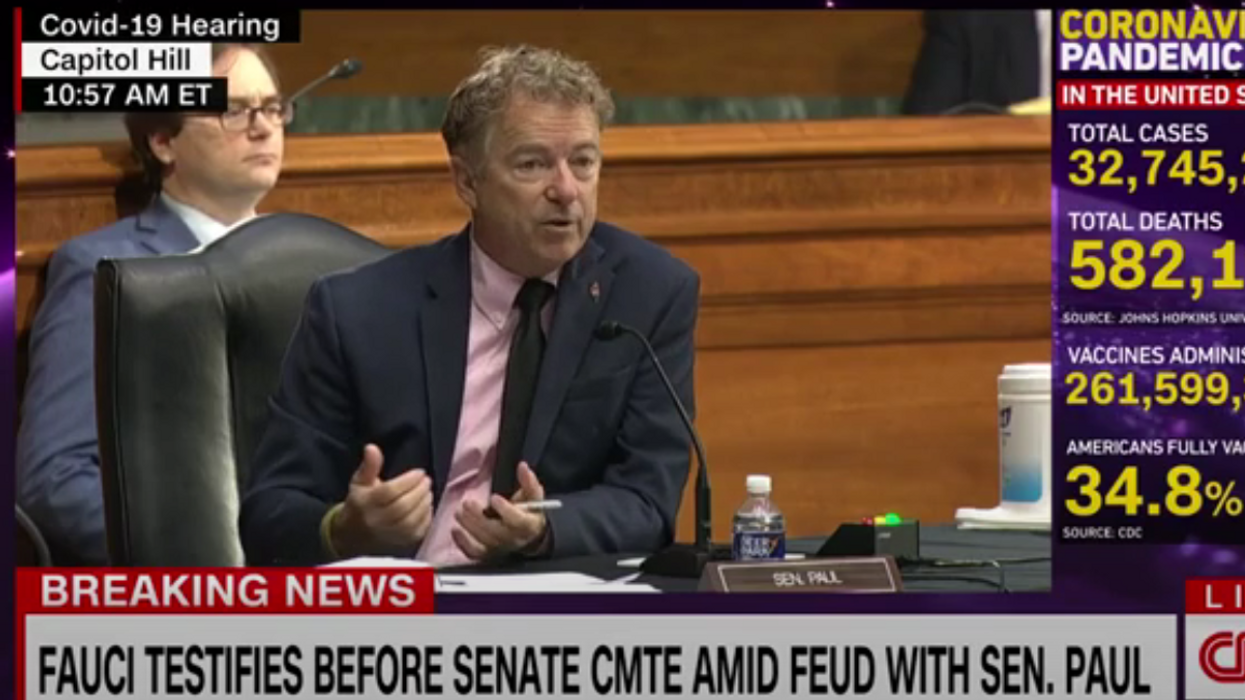 On Tuesday, May 11, when Fauci testified before the Senate Committee, Paul sounded off with a litany of complaints about Dr. Ralph Barrett, a United States virologist who has been working with scientists in a virus laboratory at the Wuhan Virology Institute. Paul insisted that Barrett had participated in gain of function research that could subsequently make viruses far more lethal.

"Think about that," Paul continued. "The SARS virus had a 15% mortality rate and we are fighting a pandemic that has about a 1% mortality [rate]. Can you imagine if a SARS virus that has been juiced up and had viral proteins added to it, if that were released accidentally? Do still support funding of the NIH funding of the lab in Wuhan?"

Fauci quickly shut Paul down, offering facts about Dr. Barrett, the NIH, and its work with the Wuhan Institute.

Refusing to back down, Fauci firmly reiterated his answer. "It is not," Fauci firmly responded. "If you look at the grant and the progress reports, it is not gain of function despite the fact that people tweet that... We do not send money to that institute."