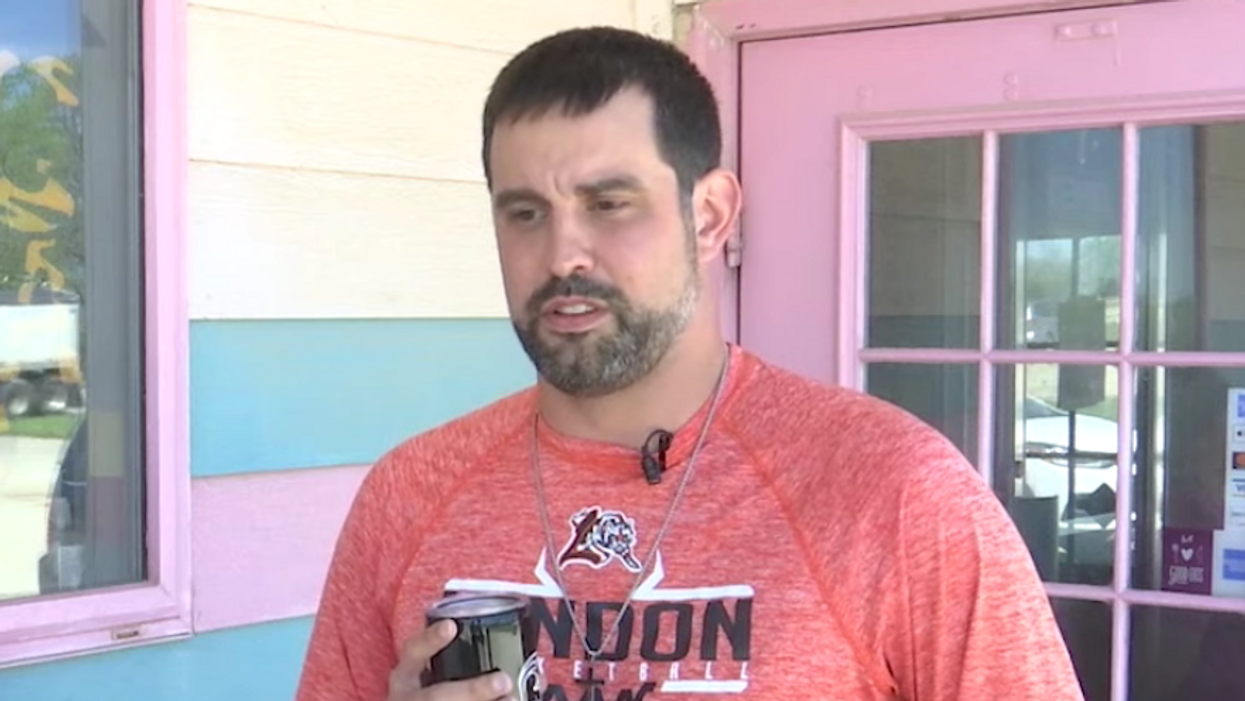 A Kansas Republican House member was arrested after a bizarre encounter he had with the students while substitute teaching at a Wellsville, Kan., public school.

"Did it hurt?" Samsel asked the pained student he allegedly kneed him in the groin area. Shortly after the incident occurred on Wednesday, April 28, the student reported Samsel's actions and he was arrested the following day. Samsel, 36, is now facing one charge of misdemeanor assault.

However, the lawmaker appears to have no regrets about his actions. In fact, shortly after posting a $1,000 bail, the embattled lawmaker took to his Snapchat account to suggest that the entire ordeal was planned.

"Every little bit of it. That's right. The kids and I planned ALL this to SEND A MESSAGE about art, mental health, teenage suicide, how we treat our educators, and one another. To who? Parents. And grandparents. And all of Wellsville," he said in the bizarre post.

Students who witnessed Samsel's disturbing actions also submitted audio and video recordings of his rants. The publication reports that some of the audio included the following:

As a result of the incident, Samsel has been banned from substitute teaching in his hometown's school district.