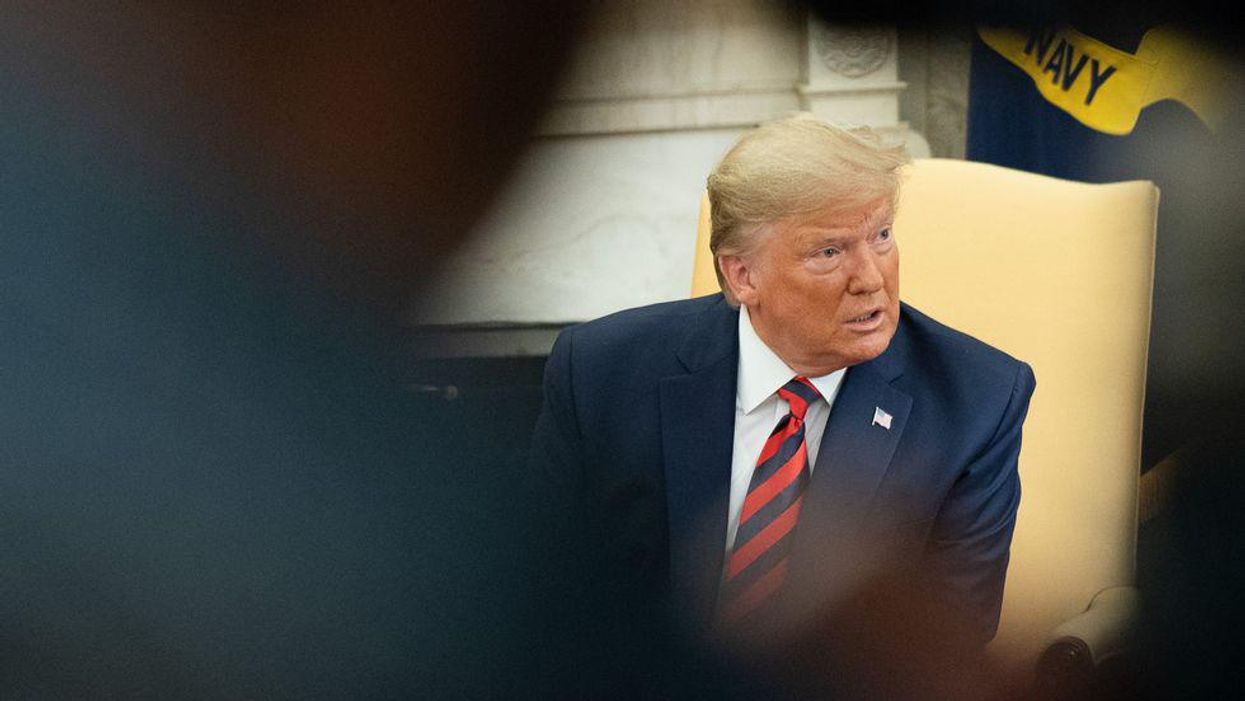 Manhattan District Attorney Cyrus Vance, Jr. has convened a special grand jury to weigh possible criminal charges against Donald Trump, the Trump Organization, and its officers or employees, possibly including Trump family members employed by the former president's business, and decide whether or not to indict.

"The move indicates that District Attorney Cyrus R. Vance Jr.'s investigation of the former president and his business has reached an advanced stage after more than two years," The Washington Post reports, which describes Vance's investigation as "expansive."

"It suggests, too, that Vance believes he has found evidence of a crime — if not by Trump then by someone potentially close to him or by his company."

"We are now actively investigating the Trump Organization in a criminal capacity, along with the Manhattan DA," Fabien Levy, James' spokesperson, said one week ago.

Investigators "are scrutinizing Trump's business practices before he was president, including whether the value of specific properties in the Trump Organization's real estate portfolio were manipulated in a way that defrauded banks and insurance companies, and if any tax benefits were obtained illegally through unscrupulous asset valuation."

Former Trump attorney Michael Cohen testified before Congress that Trump would inflate the value of his real estate and other assets when applying for a loan, and deflate the value when paying taxes.

"It was my experience that Mr. Trump inflated his total assets when it served his purposes, such as trying to be listed amongst the wealthiest people in Forbes, and deflated his assets to reduce his real estate taxes," Cohen said in 2019.

The Post notes this special grand jury is slated to sit three days a week for six months.

"While extended-length grand juries like the one selected to hear evidence in the district attorney's investigation can hear cases out of order and to varying levels of completion, it is likely that Trump-related testimony in the secret proceeding has already begun, said one of the people familiar with the matter."