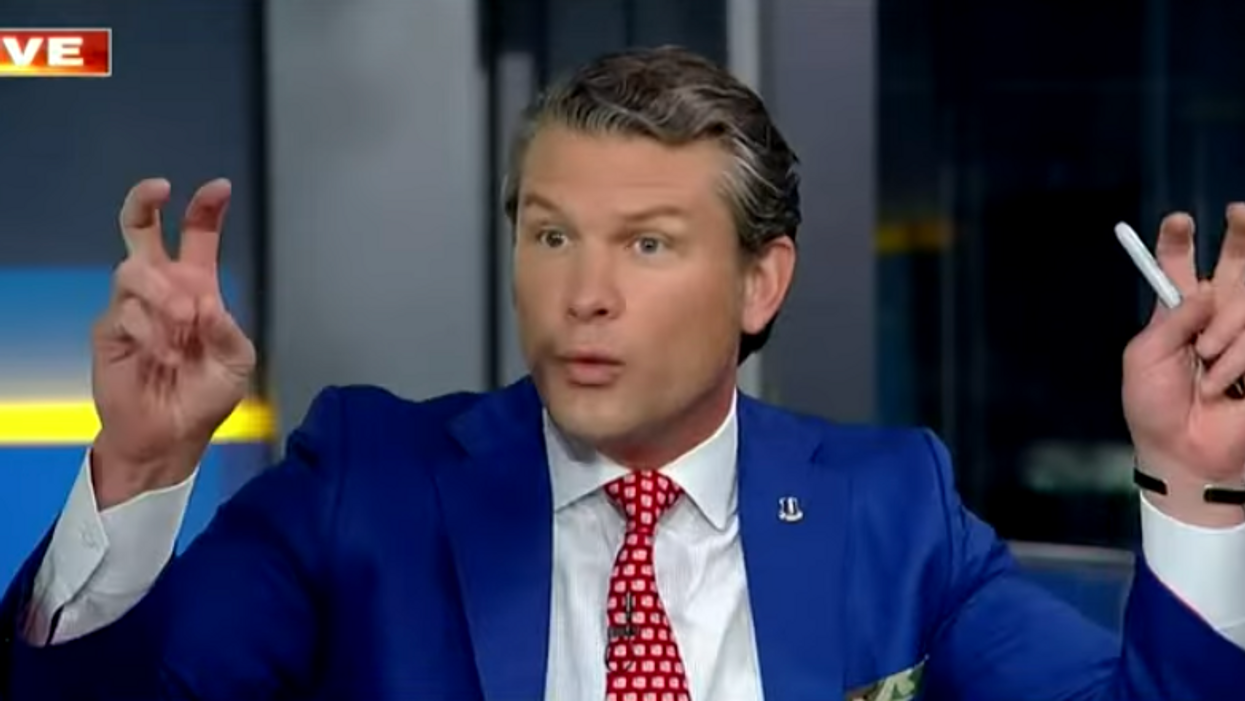 Image via Screengrab.
David Edwards
and
Raw Story
May 30, 2021

Fox News hosts on Sunday lashed out at Vice President Kamala Harris after she told her Twitter followers to "enjoy the long weekend" during the Memorial Day holiday.

"There are many who are upset the leaders in this country do not quite remember the meaning of this weekend," Fox & Friends co-host Will Cain said before pointing to Harris's tweet.

"You're in a position of such power and your only answer is 'Look at me, I'm cute, have a long weekend,'" he remarked.

Co-host Carley Shimkus argued that former President Donald Trump won in 2016 because of "those kinds of messages" and "President Obama's apology tour."

"Now we are going back to that Obama era of apologies and have a nice long weekend," she said. "She's the vice president. That tweet may be acceptable for not a politician, maybe somebody that's not running for office, or anything like that. But she's the second most powerful person in the world and she said on Memorial Day, have a nice long weekend."

The three co-hosts also slammed President Joe Biden over a tweet in which he is seen eating ice cream.

"We've become so spoiled," Cain opined. "We are the spoiled grandchildren, the spoiled great-grandchildren of people who truly built this country from a place where your freedom wasn't something you could so easily take for granted."