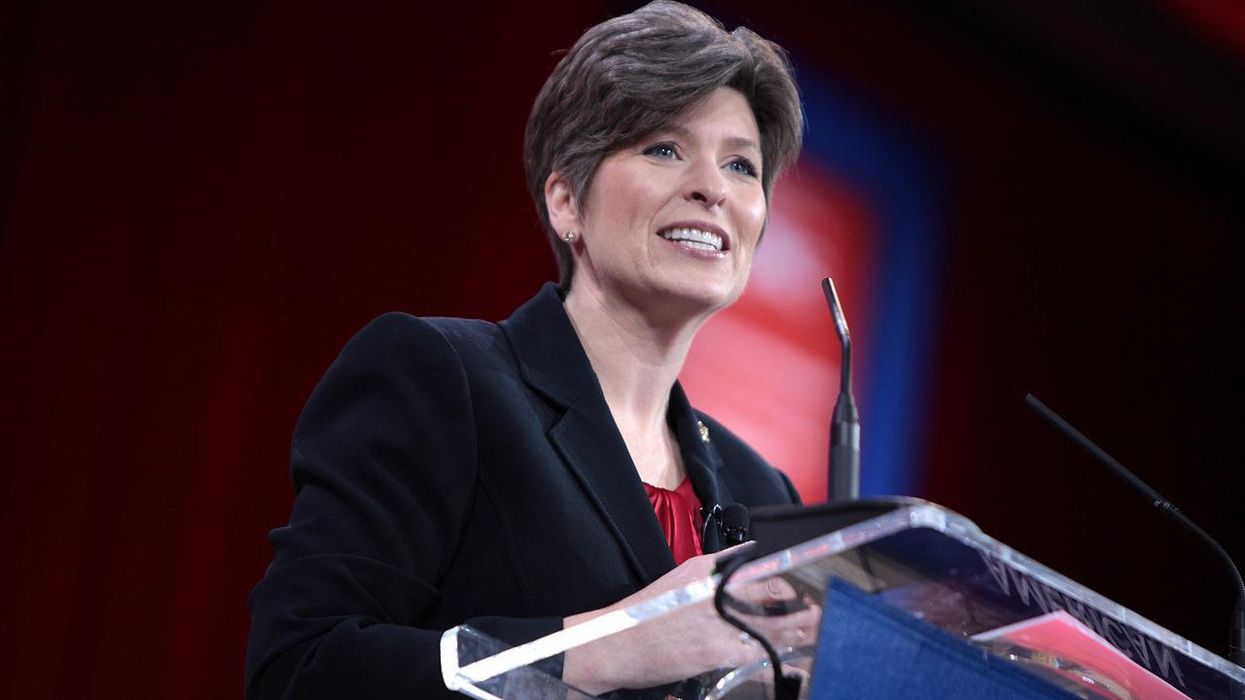 When Donald Trump was president, many Democrats denounced Sen. Joni Ernst of Iowa as cowardly for being so reluctant to criticize him. But this month, the GOP senator has shown a willingness to stand up to the pro-Trump House Republicans who are trying to oust Rep. Liz Cheney of Wyoming from her role as chair of the House Republican Conference.

Cheney, the daughter of former Vice President Dick Cheney, has infuriated Trump allies by acknowledging Joe Biden as the legitimately elected president of the United States and calling out Trump's false claims of widespread voter fraud in the 2020 election as total nonsense. The arch-conservative congresswoman supported Trump's second impeachment earlier this year, and House Republicans will most likely remove her from her position as House Republican Conference chair — which, as Ernst sees it, is a prime example of the type of "cancel culture" that Republicans rail against.

Summer Concepcion, in Talking Points Memo, reports that on May 10, "Ernst doubled down on her defense of" Rep. Cheney. Concepcion writes that according to a "Hill pool report," Ernst said, "I feel it's OK to go ahead and express what you feel is right to express — and you know, cancel culture is cancel culture, no matter how you look at it. And unfortunately, I think there are those that are trying to silence others in the party."

Republicans, Ernst stressed, should not "cancel voices," adding, "We can express different opinions, but we still have to be able to come together."

House Minority Leader Kevin McCarthy and House Minority Whip Steve Scalise have both endorsed Rep. Elise Stefanik of upstate New York as a replacement for Cheney as House conference chair, and it isn't hard to see why they are pushing for Stefanik. Although the congresswoman was more of a moderate or traditional conservative in the past, she has flip-flopped and become a full-fledged Trumpista — aggressively promoting the Big Lie and Trump's bogus, totally debunked claims of widespread voter fraud in the 2020 election. A spokesperson for Melissa DeRosa, a top aide to New York Gov. Andrew Cuomo and close friend of Stefanik in the past, told Time's Charlotte Alter that Stefanik has "sold her soul to the Devil."

McCarthy, in a letter that Punchbowl News has obtained a copy of, said of Cheney, "All members are elected to represent their constitutions as they see fit, but our leadership team cannot afford to be distracted from the important work we were elected to do and the shared goals we hope to achieve."

Ernst was among the incumbent GOP senators Democrats were hoping to unseat in 2020, but the Iowa senator won reelection, defeating Democratic nominee Theresa Greenfield by 6%.