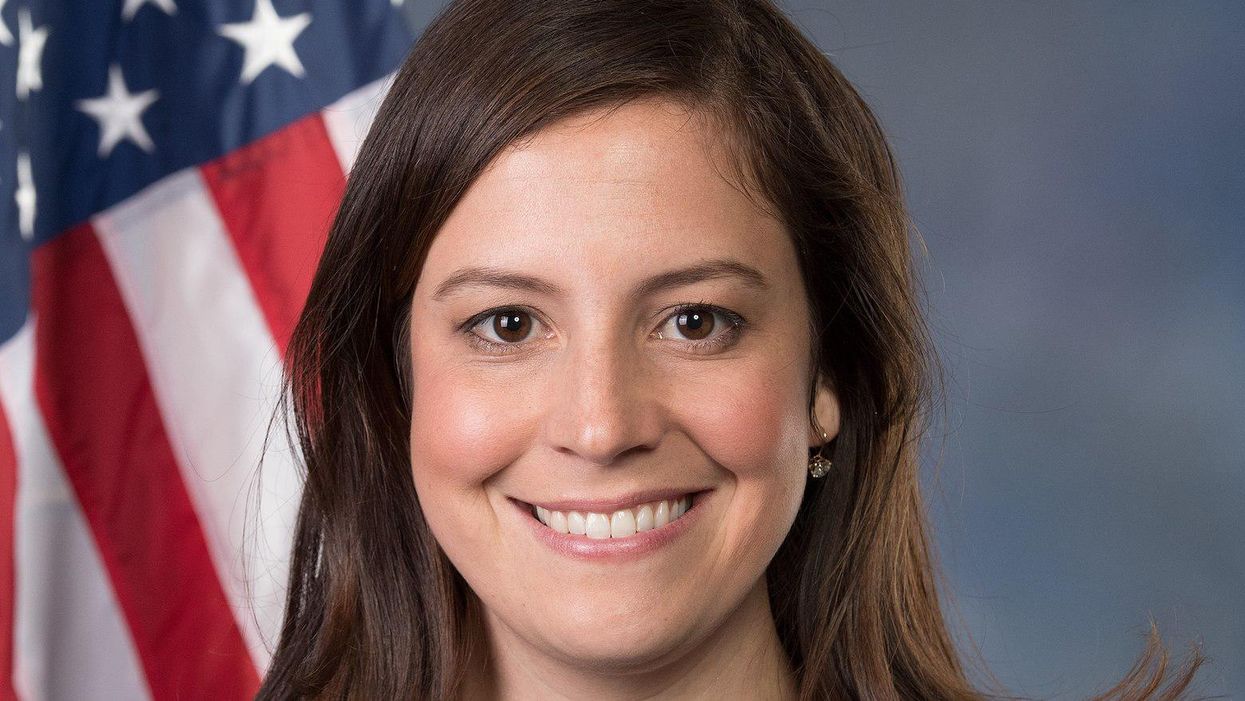 In the past, Melissa DeRosa — a top aide to Democratic New York Gov. Andrew Cuomo — was on very friendly terms with Republican Rep. Elise Stefanik, who is on track to become the third highest-ranking Republican in the U.S. House of Representatives if she replaces Rep. Liz Cheney of Wyoming as House Republican Conference chair. But journalist Charlotte Alter, in a Twitter thread posted this week, explains how their relationship went sour as Stefanik became more and more of a Trump loyalist.

Stefanik, who had been friends with DeRosa since middle school, wasn't always a MAGA Republican. When she was first elected to the U.S. House of Representatives in 2014, Stefanik was a more conventional conservative and an ally of then-Rep. Paul Ryan — who became House speaker the following year. And in 2015 and 2016, Stefanik was, at times, quite critical of Donald Trump. But the more Trumpified Stefanik became, Alter explains in her thread, the worse her relationship with DeRosa became.

Alter notes that in 2019, DeRosa told her that Stefanik had always been "so morally supportive" of her and attended her wedding. On January 4, 2019, DeRosa affectionately tweeted, "We may not agree on everything, but I will never stop being in awe of my little sister and middle school student council running mate, @EliseStefanik. Nothing but class." And Stefanik responded, "Thx, Missy."

After Trump lost to now-President Joe Biden in 2020, Stefanik showed how MAGA she had become by promoting the Big Lie and Trump's totally debunked claims of widespread voter fraud. And after the January 6 attack on the U.S. Capitol Building, DeRosa tweeted, "@EliseStefanik was complicit in an attempt to overthrow the United States government. The effort resulted in 5 deaths, including a law enforcement officer." Stefanik, meanwhile, was kissing up to Trump and his GOP allies by slamming DeRosa's boss, Gov. Cuomo, as "the worst governor in America."

Alter notes that when she was writing her 2020 book, "The Ones We've Been Waiting For: How a New Generation of Leaders Will Transform America," she called DeRosa — who praised Stefanik as "supportive" and "bipartisan." But when Alter reached out to DeRosa's office in connection with a recent article for Time, a DeRosa spokesperson said that Stefanik had "sold her soul to the Devil."

Alter's Time article, published over the weekend, focuses on how dramatically Stefanik has changed for the worse.

In the article, Alter explains, "Elise Stefanik is no Matt Gaetz or Marjorie Taylor Greene. She was not always a MAGA warrior. Not long ago, she was a widely respected moderate Republican known for her embrace of facts, her trust in science and her push to build a more diverse party, highlighted by her successful efforts to recruit more GOP women to run for office. She was a prominent member of the moderate Tuesday Group, a caucus of center-right Republicans."

One of the interviewees for the piece, former Rep. Barbara Comstock of Virginia, offered some scathing criticism of Stefanik — telling Time, "To be a handmaiden of Trump and get a little pat on the head from Trump is not a leadership move. It's embarrassing. It's sad."

Margaret Hoover, who worked with Stefanik at the George W. Bush White House during the 2000s and now hosts PBS' "Firing Line," was equally critical of Stefanik and told Time, "Trump has won the Republican Party. Trump owns it. It is the key to (Stefanik's) reelections, it is the key to her fundraising, it's the key to her advancement within Congress. She knows how to play it; so, that's what she's doing. Never mind that it's undermining democracy. She's made a calculation that she can rise to power by backing the Big Lie."