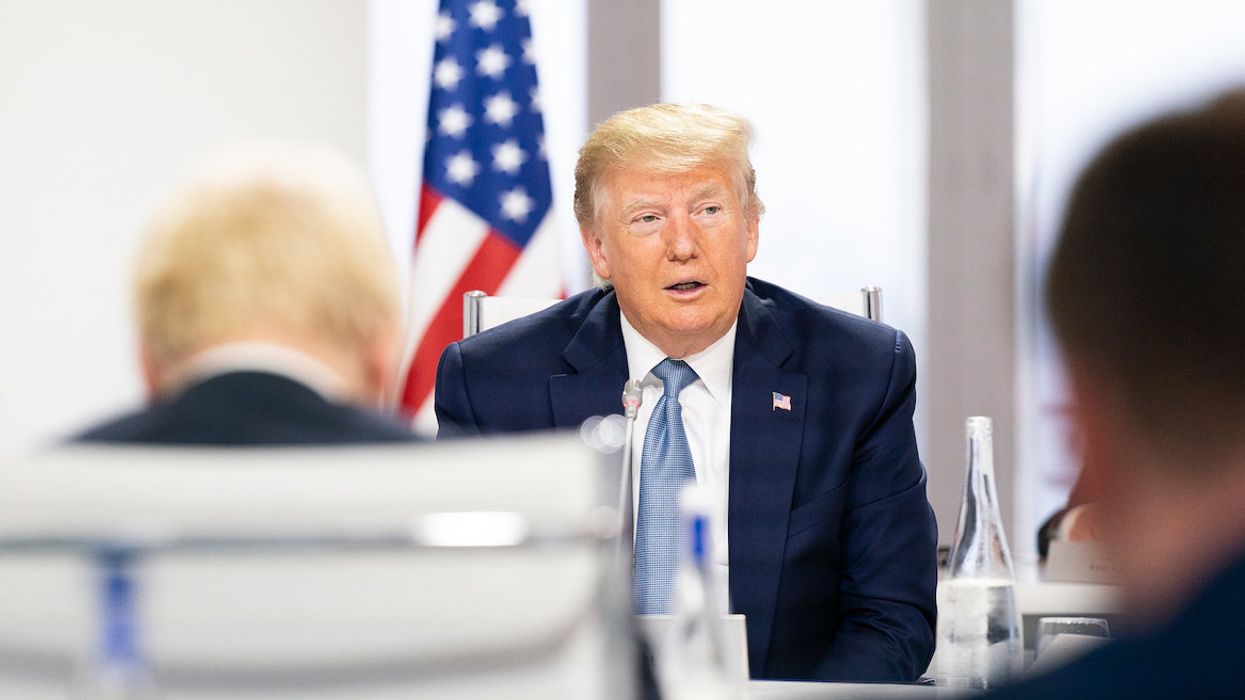 A self-proclaimed Christian prophet is circulating an unfounded conspiracy theory that he believes is proof that Donald Trump is still President of the United States.

According to Newsweek, megachurch pastor Johnny Enlow recently shared a Facebook post with his followers as he explained why he has reason to believe former President Donald Trump is still president. Enlow claims to have had a "vision" of Trump holding "a golden scepter" which he believes is proof that Trump is still in office.

Enlow claims that in his vision, he could see Trump "seated on a throne holding a golden scepter... [with] a golden crown on his head." He said the vision was Trump's "PRESENT status from heaven's perspective."

"Heaven does not recognize [Joe Biden] having any scepter nor wearing any crown. From heaven's perspective, there is only the legitimacy of [Trump]. God has assigned a massive contingency of angels to that scepter and to that crown."

The disturbing Facebook post came just one day after Enlow and others called out by 85 Christian leaders. In a four-page statement, Christian leaders demanded that prophets apologize for publicly perpetuating false claims and predictions about the presidential election. They were also criticized for their false predictions claiming Trump would return to power by a date that has now passed.

The statement also noted that public apologies are not a means of embarrassment but rather "a mature act of love to protect the honor of the Lord, the integrity of prophetic ministry and the faith of those to whom the word was given."

The statement added. "Those refusing such accountability should not be welcomed for ministry."

In his Facebook post, Enlow also fired back with his thoughts about the statement. "Those who refuse to disagree with God, must now be pressured into accepting the steal, under the guise of 'being humble enough' to admit being wrong. How about 'being humble enough' to keep agreeing with God after even believers and fellow leaders push for abandoning what He has clearly revealed?" Enlow wrote.