Ivanka Trump called out for playing dumb in sworn deposition

Donald John Ignatius Caligulard Trump has had a lot of coffee boys for someone who only drinks Diet Coke.

If you're in the Trump orbit and that orbit begins to decay, well, you might as well be green cruciferous vegetables as far as DJT is concerned. He sure as shit won't acknowledge you in public. Remember Felix Sater? Well, Donald Trump claims he doesn't.

Having sprung from Donald Trump's quaggy, pox-beleaguered loins, and having learned the art of bumblefuck evil from her sociopath of a father, Ivanka Trump appears to be following in her dad's slime-steeped footprints, doing her best Sgt.-Schultz-in-haute-Reich-couture impression. 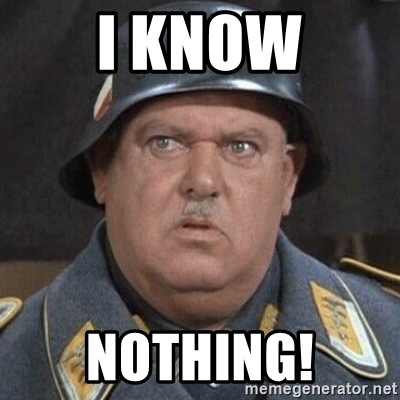 So Allen Weisselberg, who just became the target of a criminal tax investigation, has been a big Trump Org honcho since Vanky was sitting on her daddy's lap. Granted, that could be as recently as last Wednesday during bath time, but that's not the point. The fact is, he's been the company's CFO for decades, and even I knew that.

But Vanky? Oh, she's not sure about much of anything, is she?

We begin our story with Stephanie Winston Wolkoff, the ex-Melania Trump crony who was thrown under the bus by the Trump crew over her work with the beached halibut-smelling Trump Presidential Inauguration Committee, and who later wrote an unflattering tell-all about her time with the notorious Mel T. (Check the second tweet. And the first, if you're so inclined.)

IVANKA Trump's Deposition under SWORN TESTIMONY Q:"Who is Allen Weisselberg?A: "I don't know what his exact title is." CORRECT ANSWER: Allen Weisselberg has been the Trump Organizations CFO and the Trump Family's BOOKKEEPER since the 1970s. @MichaelCohen212

And here's the relevant excerpt from Vanky's deposition, which was taken by the District of Columbia Attorney General's Office in relation to a lawsuit over the alleged misuse of Trump inaugural funds:

Q: "Who is Allen Weisselberg?"
A: "He is the — I would have to see what his, his — I don't know what his exact job title is, but he's an executive at the company."

Ha ha ha ha ha! Okay, Ivanka. This is a little like me trying to claim I somehow didn't receive a vigorous sponge bath and rhinestone nipple-bedazzling from Carrot Top in the Bellagio fountain in Vegas this past Good Friday, even though everyone on my OnlyFans site knows that's obviously bullshit.

And, of course, former Trump lawyer, fixer, and coffee boy Michael Cohen had some thoughts as well:

Donald taught @IvankaTrump well…I don't know, I wasn't there, Allen who?, it was someone else's fault. Soon they will all answer for their own dirty deeds!

Two universal maxims that you'll always be able to rely on are: 1) Trumps lie and 2) Trumps know you and love you only as long as you're useful to them. Once you become a liability, you might as well be a blind, three-legged hunting dog. Or Eric.

I sure hope Cohen is right and that judgment cometh, and that right soon. Then again, if the schadenfreude keeps flowing like milk and honey, I'll remain thoroughly entertained for the foreseeable future.