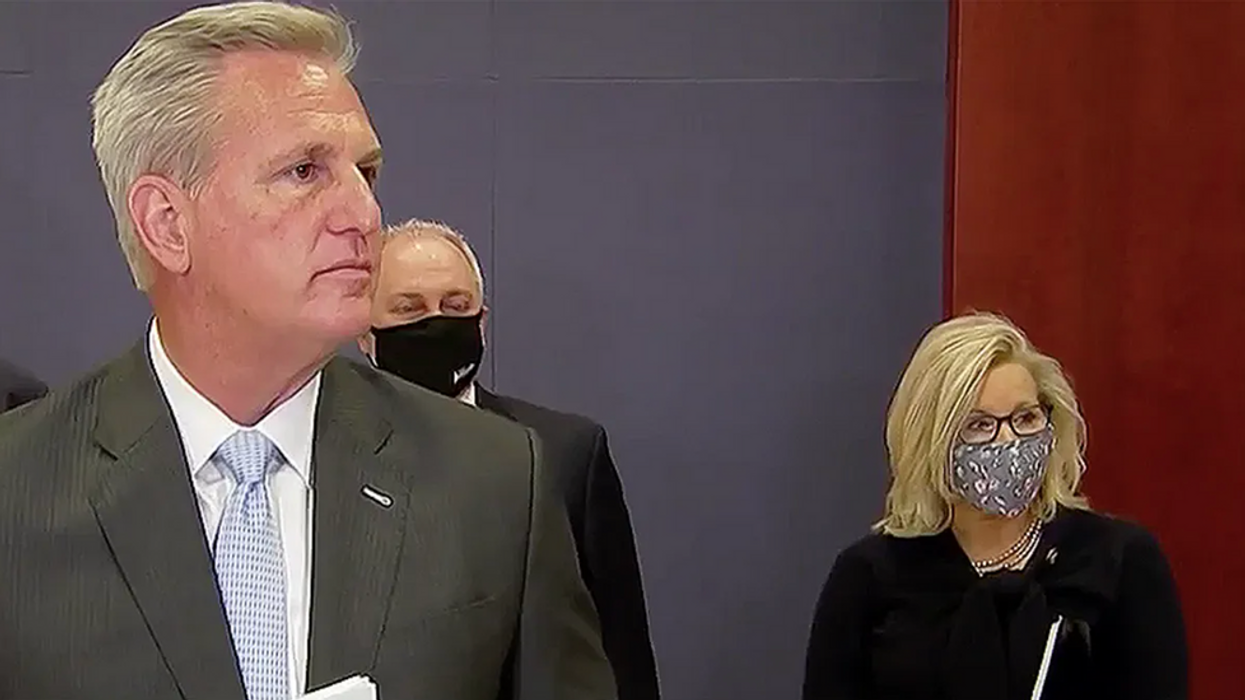 In an angry 4-page letter House Republican leadership on Friday issued a demand Speaker Nancy Pelosi begin a congressional investigation into the origins of the novel coronavirus that causes COVID-19. The demand comes just weeks after GOP Minority Leader Kevin McCarthy blasted efforts to "re-litigate the past" and just days after Senate GOP Minority Leader Mitch McConnell criticized Democrats for wanting to focus on "things that occurred in the past."

Both McCarthy's and McConnell's remarks are tied to their opposition to a January 6 commission to investigate the Trump-incited insurrection. McCarthy's were an attack on Rep. Liz Cheney's fact-based remarks that Trump lost re-election.

McConnell claimed that "at the heart" of a January 6 commission is that Democrats "would like to continue to debate things that occurred in the past."

Earlier this month in a letter to House Republicans urging them to remove Cheney from her leadership role, McCarthy wrote: "Each day spent re-litigating the past is one day less we have to seize the future."

On Friday, House Minority Whip Steve Scalise posted the letter (below) to Speaker Pelosi, blaming the "Chinese Communist Party," which has become the GOP's favorite term when speaking about China, for the deaths of 600,000 Americans.

President Joe Biden this week instructed the U.S. Intelligence Community to re-investigate the original of the coronavirus and report back to him in 90 days. Despite no additional evidence Republicans are insisting the virus came from a "lab leak" in Wuhan, instead of via transmission in a Chinese wet market.