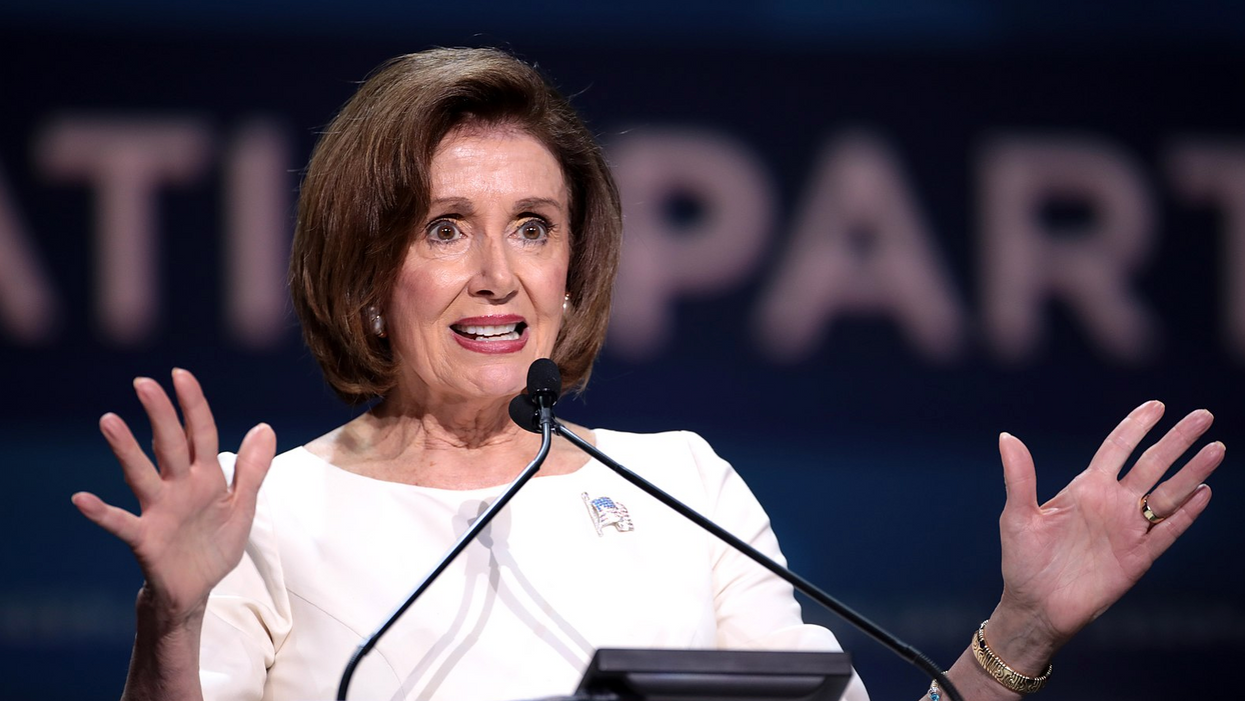 Speaker of the House Nancy Pelosi speaking with attendees at the 2019 California Democratic Party State Convention at the George R. Moscone Convention Center in San Francisco, California.
David Crook
and
DC Report
May 03, 2021

Across the country today, newspapers are headlining the results of the 2020 Census and the coming reapportionment of the U.S. House of Representatives. There are, the Census Bureau tells us, now 331,449,281 Americans in the 50 states and the District of Columbia, up 7.4% from 2010.

Booming Texas was the decade's big winner, with 3,999,944 new residents and two new members in the House. One of those Congressional seats will come from poor, struggling West Virginia, which lost 59,278 people and one representative in the House.

Unlike my colleague, Terry H. Schwadron, I'm willing to concede that the census count is accurate. It's impossible to take an exact count of a nation the size of the United States on one day once a decade, but what the Census Bureau has done every 10 years is plenty good enough.

But while accepting the Census results, I strenuously object to the fairness of the apportionment. There is no reasonable justification for how the 435 seats in the House of Representatives are divvied up every 10 years. There is sound mathematics behind the process of apportionment, but bad politics and worse governance.

We must increase the number of seats in the House.

But apportionment doesn't work that way. First, the Constitution guarantees one representative for each state, cutting the apportionment pool to 385 seats. From there, the process of apportionment undergoes some arcane calculations that tend to, but don't always, grant faster-growing states more seats and slower-growing states fewer. So Texas wins; West Virginia loses.

More unfathomable, however, is Montana, which gained just 95,000 new residents and a new member of Congress while Michigan, which grew by 194,000 people, loses a Congressional seat. Nevada grew by 15% (404,000 new citizens), and Oregon grew by 10.6% (406,000). Nevada keeps its four House seats, but Oregon gains one and soon will have six votes in Congress.

As bad as the unfairness of reapportionment is the huge disparity between the populations of various districts. Consider the least populated state, Wyoming with 577,000 people. They have one representative in the House, the same Congressional vote as the 990,000 citizens of Delaware.

For those keeping score, that means that Rep. Liz Cheney's (R-Wyo.) seat in the House is worth 42% more than Rep. Lisa Blunt's (D-Del.).

This has to stop. The current House of Representatives makes a mockery of the fundamental democratic (and republican) notion that one vote is equal to another. The screwball U.S. Senate makeup, where the 2.5 million cows of Wyoming have the same vote as the 40 million people of California, is bad enough. But the House is supposed to be more representative of the people. It's not.

Malarkey. It was an undisguised ploy to retain control of the House by rural political interests.

In 1920, only 15 states were majority urban. By fixing the number of House seats, the 33 majority rural states could assure themselves of a two-to-one advantage among the then 48 unapportioned House seats.

Plus, it already was apparent in the 1920s that long-term demographic trends would tend to favor the regions outside the heavily urbanized Northeast. Fixing the size of the House and basing reapportionment on growth rates pretty much assured that Congressional voting power would flow to the West and South.

Texas and Florida have gained Congressional seats every decade since 1920. New York has lost seats every 10 years since 1940, even as its population has grown to 20 million from 13 million. Heavily urbanized California is losing a seat from the first time in history despite gaining five times the number of new residents as Oregon and 24 times as many as Montana.

The only way to address these kinds of disparities is to significantly increase the size of the House. This can be done with simple majority votes in Congress — another argument against the filibuster; no Constitutional amendment required.

By my figuring, under a fair apportionment plan based on House districts equal to the smallest state, the House next year should have 573 members. That's one member for every 577,000 people—the number of people represented by Liz Cheney's sole Wyoming House seat. By assigning the value of one house seat as the population of the smallest state, we would immediately discount the unapportioned advantage of the small states while significantly reducing the number of constituents for each representative.

Such apportionment won't do away with the difference in the size of districts. South Dakota's two representatives (one more than the state is entitled to today) would come from districts with 443,000.

At the other end, North Dakota would still have just one representative for 779,000—still a wide spread, but narrower than we currently have.

The problem could be ameliorated by the fact that no state's people would ever again lose representation. It is indefensible, for example, that Ohio, which grew from 11.5 million in the 2010 Census to 11.8 million in 2020, should have to lose a representative, but Mississippi, which lost 6,000, holds its four House seats. What political logic is that?

As to the argument that the House will grow too large, it's been too small for a century. It has to catch up. If the House grows in tandem with the country (or more precisely, with the smallest state) it will be many, many decades before the current house chamber in the Capitol will require expansion. More than 1,600 people fill the chamber for the annual State of the Union address.

Nor would an increased House result in an unwieldy number of representatives. Other legislatures do quite well with far more members. The U.K.'s House of Commons has 650 members representing a nation one-fifth the size of America, France's lower house has 577 members, and Germany's parliament has 709. Even the rubber-stamp legislatures of Communist Cuba (612), North Korea (687) and China (2,980) outrank us.

Finally, as much as we should do away with the Electoral College, such a move is unlikely. Increasing the size of the House will at least mitigate some of the arcane system's stupidity, diluting some of the power of the smaller states while enhancing the power of the larger ones. It's not the end-all and be-all, but it needs to be done.