A former Senate majority leader attended meetings of a group focused on UFOs — and he enjoyed it: report 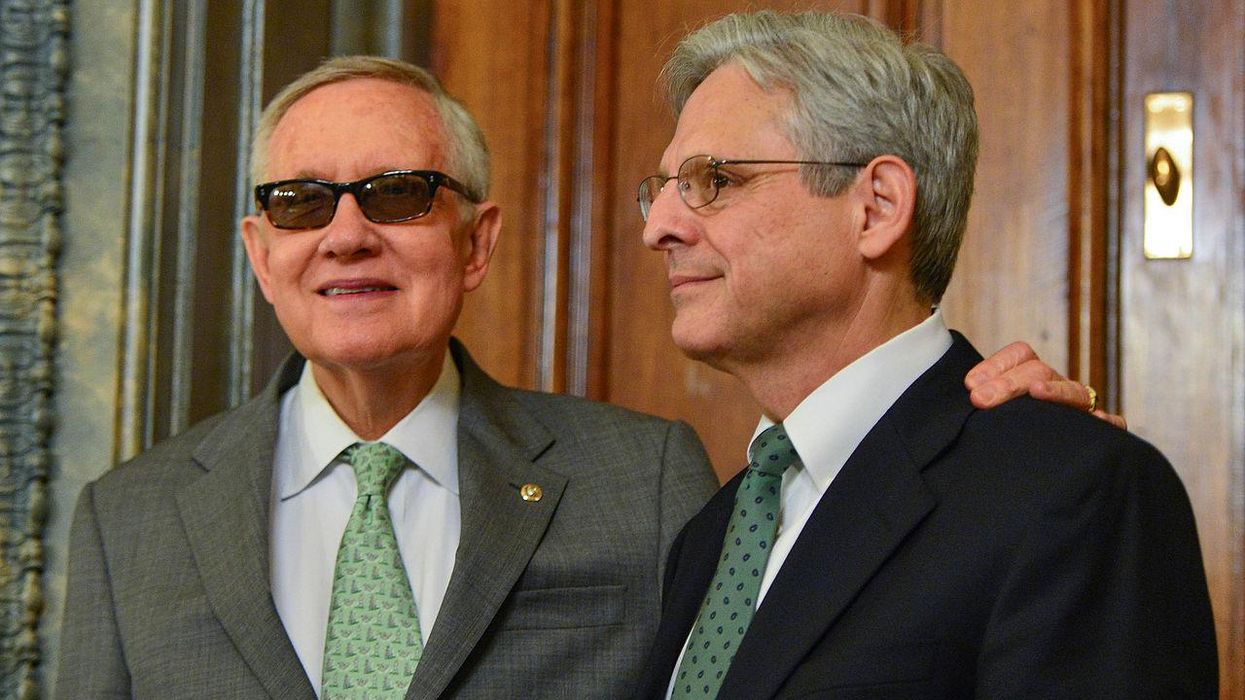 One of the wackiest far-right conspiracy theories that has been coming from QAnon, Alex Jones' Infowars, Newsmax TV and others in recent weeks is that media coverage of UFOs is a "Deep State" conspiracy meant to distract Americans from the Republican/Trumpian "audit" of the 2020 election that has been taking place in Maricopa County, Arizona. But discussion of alleged UFOs is hardly something that suddenly emerged in 2021. An article written by journalist Bryan Bender and published by Politico on May 28 focuses on a group that was meeting to discuss UFOs as far back as the mid-1990s — and one of the attendees was Sen. Harry Reid of Nevada.

Bender explains, "The meetings began in 1995, in a conference room in an office tower near the Las Vegas airport. The group started small: there were a handful of scientists and engineers, there was a CIA spy. There was an ex-Army colonel (John Alexander), and two Apollo astronauts. And there was the person who'd hand-picked the group and invited them to Las Vegas: Robert Bigelow, a Nevada real-estate magnate. He wanted to talk about aliens."

The two former astronauts were Ed Mitchell and Harrison Schmitt, who had been a Republican U.S. senator via New Mexico.

"Reid's decision to fraternize with the group was as professionally reckless as anything that might have been happening outside on the Vegas Strip," Bender notes. "Reid, then 55, had aspirations to lead the Democratic Party. The stuff being discussed around him was pop-culture shorthand for pure nuttiness."

Reid, now 81 and retired from the U.S. Senate, told Bender, "I had my staff, I had lots of people who said: 'You are going to get yourself in trouble, stay the hell away from that.' A lot of people said it would ruin my career."

The meetings didn't harm Reid's political career; he went on to become chairman of the Senate Democratic Caucus and after that, Senate majority leader. And the Nevada Democrat obviously enjoyed the meetings, as he opted to attend more than one.

Bender notes, "Over the next few years, Reid told me, he went to multiple such meetings. As Bigelow, Alexander and the others were publishing obscure journal articles and compiling a database of UFO sightings, the most influential member of the group quietly broached the topic with some of his colleagues in Washington, including former astronaut and senator John Glenn."

According to Bender, "Reid ultimately enlisted the support of a handful of powerful committee chairs, including Ted Stevens of Alaska and Daniel Inouye of Hawaii, to fund hush-hush UFO research inside the Defense Department. The existence of that program was revealed publicly by Politico and the New York Times in mid-December 2017. One of the program's main beneficiaries was an aerospace company owned by none other than Robert Bigelow."

In 2021, Bender stresses, Reid isn't shy about discussing his participation in that group.

Reid told Bender, "I think that I have opened the door to people not being afraid to talk about it. I know that when I first got involved in this, people in the military were afraid to mention it for fear of it hurting their promotions. But now, the Pentagon has told them they should report all these things that they see that are unusual. So, we made a tremendous amount of progress."