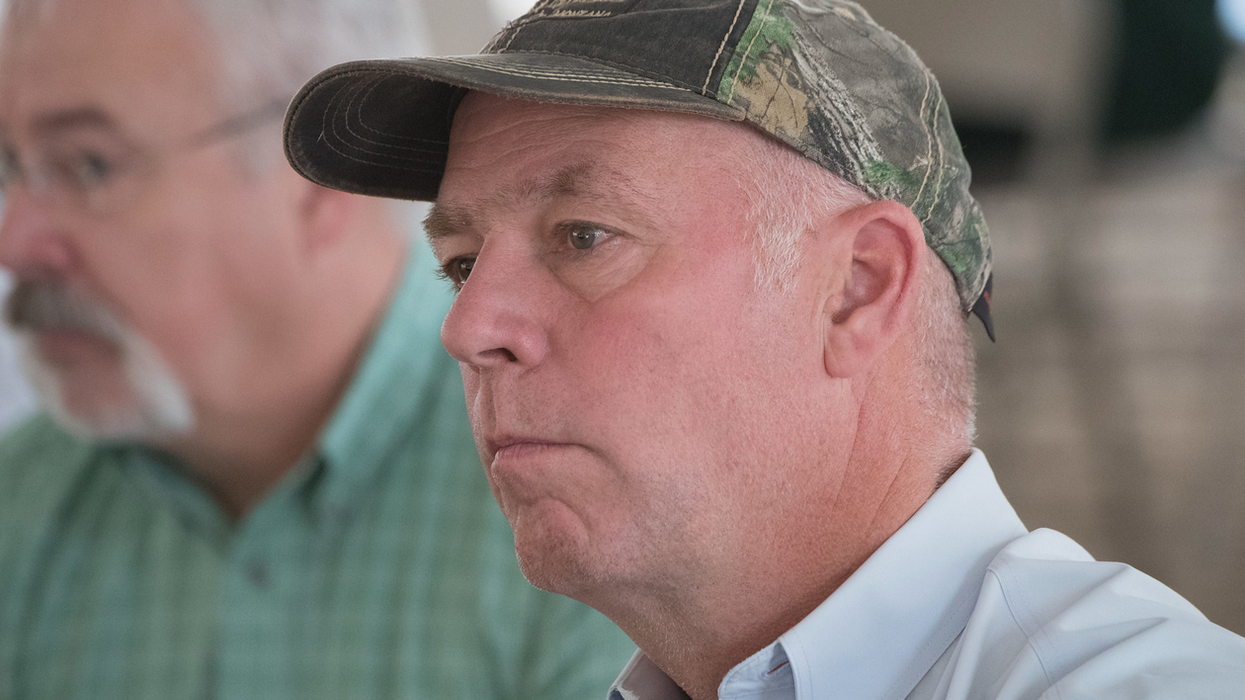 Residents in South Carolina and Montana next month will lose access to federal unemployment benefits over what those states' Republican governors call a "severe workforce shortage." Experts say the move by Montana's Gov. Greg Gianforte and South Carolina's Gov. Henry McMaster is a "huge mistake."

As ABC News reports, South Carolina and Montana are the first states "to end participation in the unemployment enhancement programs." That program offered U.S. workers access to extra unemployment funds as part of the American Rescue Plan signed by President Joe Biden in March.

In a statement announcing South Carolina's "return to pre-pandemic unemployment program," McMaster complained: "In many instances, these payments are greater than the worker's previous paychecks."

"What was intended to be a short-term financial assistance for the vulnerable and displaced during the height of the pandemic has turned into a dangerous federal entitlement," he said.

In an effort to incentivize Montanans, Gianforte is offering a one-time "'return-to-work bonus' of $1,200 will be paid to people who rejoin the labor force and maintain employment for at least one month," according to ABC News. That money will also come from the federally-funded American Rescue Plan.

"The idea that states are just going to forego that and allow all that money to be sucked out of their economy is just terrible economics," Shierholz told ABC News. "I just deeply hope that you don't see more states following this path because it's a huge mistake."

Shierholz said the narrative of a "severe workforce shortage" driven by increased unemployment benefits is based on a false premise. Currently, federal unemployment benefits offer laid-off workers an additional $300 per week, down from $600 at the end of last of July. According to Shierholz, if money was the motivator, that decrease from $600 to $300 would have made a marked difference in the unemployment rate last year.

"You should have seen a bump up in employment, and you can't see that in the data so it just points to that it wasn't really causing the labor supply effect," Shierholz said. "It's just difficult to imagine that something half that big is having any effect now."

And Shierholz is far from the only expert who warns that hiring issues in South Carolina and Montana won't be solved by depriving residents of enhanced unemployment benefits.

William E. Spriggs, an economist and professor at Howard University, said in an interview with ABC News that there is no data to prove that unemployment checks are preventing Americans from returning to work.

"There's no job shortage, in terms of workers. There's a wage shortage," said Spriggs, adding that research shows many employers "want to pay rotten wages and have rotten hours."

Last week, the Washington Post published an analysis that likewise dispelled the framing of a "worker shortage" based on enhanced unemployment. "At the most basic level, people are still hesitant to return to work until they are fully vaccinated and their children are back in school and daycare full-time," the Post analysis declares.

Many Americans, the Post reports, are "re-assessing what they want to do and how they want to work, whether in an office, at home or some hybrid combination."

Still, McMaster and Gianforte are blazing ahead with plans to reopen their respective economies by depriving citizens (and their states) of extra funding during the worst public health crisis in a century. As ABC News reports, experts say "declining to take federal money is going to have a deep effect on the living standards of residents and their families, and likely will worsen those states' overall economies."

But for all the hand wringing about disincentivized workers by those states' Republican governors, Shierholz said the bottom line is "employers are just angry that they are unable to find workers at relatively low wages."

"The jobs being posted are more stressful, more risky, harder jobs than they were pre-COVID," she added. " ... When the job is more stressful, then it should command a higher wage."