The GOP's rejection of the truth is politically costly for them 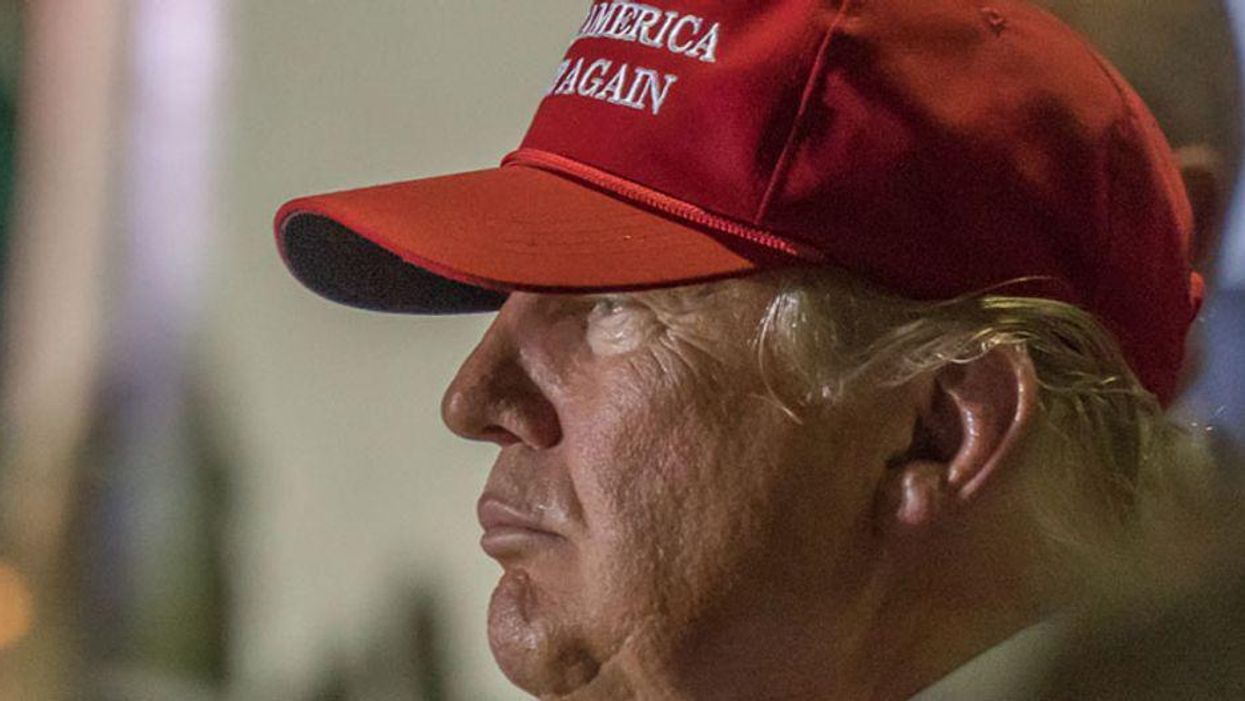 Do all these Republican respondents believe the QAnon theory that "Joe Biden" is actually Donald Trump in a mask? Clearly, some do. Trump ally Lin Wood, the trial lawyer, claimed the former president is the true president, and shared a post falsely claiming that Joe Biden is dead and Trump is governing from the Oval Office.

Could these Republican respondents be telling these pollsters something slightly more coherent but still false? Maybe the claim that Trump is the "true president" is just a restatement of the Big Lie that's currently being used by Republican legislators to restrict voting in dozens of states. Maybe they mean that Trump is the "true" president, because he deserves to be president because he won the election and was cheated by voter fraud. Fifty-six percent of Republicans told Ipsos in the same poll that the election was stolen, which shows that Big Lie and the One True POTUS theory are highly correlated if they are not two ways of saying the same thing.

We could spend all day translating the unintelligible, about what Republicans really believe about Trump and the Big Lie of voter fraud. It's futile, though. It's bullshit.

The hallmark of bullshit, according to philosopher Harry Frankfurt, is indifference to truth. Frankfurt argues that bullshit is more dangerous than lying because the bullshitter denies the truth matters. Unlike the liar, who cares enough about the truth to believe one thing and assert another, the bullshitter does not care what's true. Bullshitting, in Frankfurt's sense, is a means to an end. In the case of Republicans and the Big Lie, that's power. They will say whatever they think will get them more of it.

In March of 2021, some Florida GOP websites still listed Donald Trump as the president. When called out by a reporter, some offices claimed it was an oversight, but at least one local official vehemently asserted his website was making this outlandish claim on purpose. "Trump hasn't conceded, and it's our opinion the election was stolen," the official, a former mayor of Vero Beach, told USA Today: "It's important to make a statement and to make sure the statement stays relevant for the next 3½ years." This is exactly what Frankfurt means by bullshit. The first claim, that Trump hasn't conceded is true but irrelevant. The follow-up, that it's politically important to keep the One True POTUS claim "relevant" is independent of whether it's true or not.

If Republicans can be said to believe anything, it's that Republicans, and only Republicans, deserve to rule. They are locked in a circular thought pattern that begins and ends with Democratic illegitimacy. Democrats don't deserve power, so when they win they must have cheated, and hence Democratic power is illegitimate, and so on.

Even dissident Republican Congresswoman Liz Cheney, who lost her House leadership position for saying that Trump's failed coup was wrong, refused to acknowledge the fact that the same Big Lie that drew insurgents to the Capitol is animating the Republican Party's nationwide offensive against voting rights.

It is impossible to pinpoint where fringe theories end and "respectable" GOP opinion begins. There's no point in trying. It's a seamless gradient from your uncle on Facebook railing about bamboo fibers in the Maricopa County voting machines to the self-serving blandishments of Republican senators. Ted Cruz and Josh Hawley falsely insist they didn't really try to overturn the election, they just had "constitutional" questions about whether the electoral votes of various states should be counted.

Which is another way of saying that Trump lost because of cheating, except in their intellectualized version Trump lost because state governments cheated, which in turn justifies new laws to make it harder to vote. And when pressed, the "respectable" GOP will use the unfounded fears of their base as an excuse to take away voting rights. They argue voting must be restricted because people believe, contrary to available evidence, that election security is compromised. Never mind that these doubts are based on conspiracy theories promulgated by the Republican Party and its media allies.

Luckily, the GOP's rejection of the truth has come at a political cost. In the month following the January 6 insurrection, over 140,000 Americans in the 25 states that make their records readily available, changed their party registration from Republican to independent. Fifty-three percent of Republicans are willing to set facts and logic aside to affirm that Donald Trump is the One True POTUS, but they only account for about a quarter of the US population, if the results of the Ipsos poll are indeed representative of the nation at large. This noisy minority is making a shameless bid to unshackle us from the very concept of truth. And our anti-majoritarian institutions make it easier for an aggressive and well-organized minority to monopolize power. However, the fact remains that the vast majority of Americans still care about the truth, and that's some consolation in the face of the Republican Party's unrelenting onslaught of bullshit.