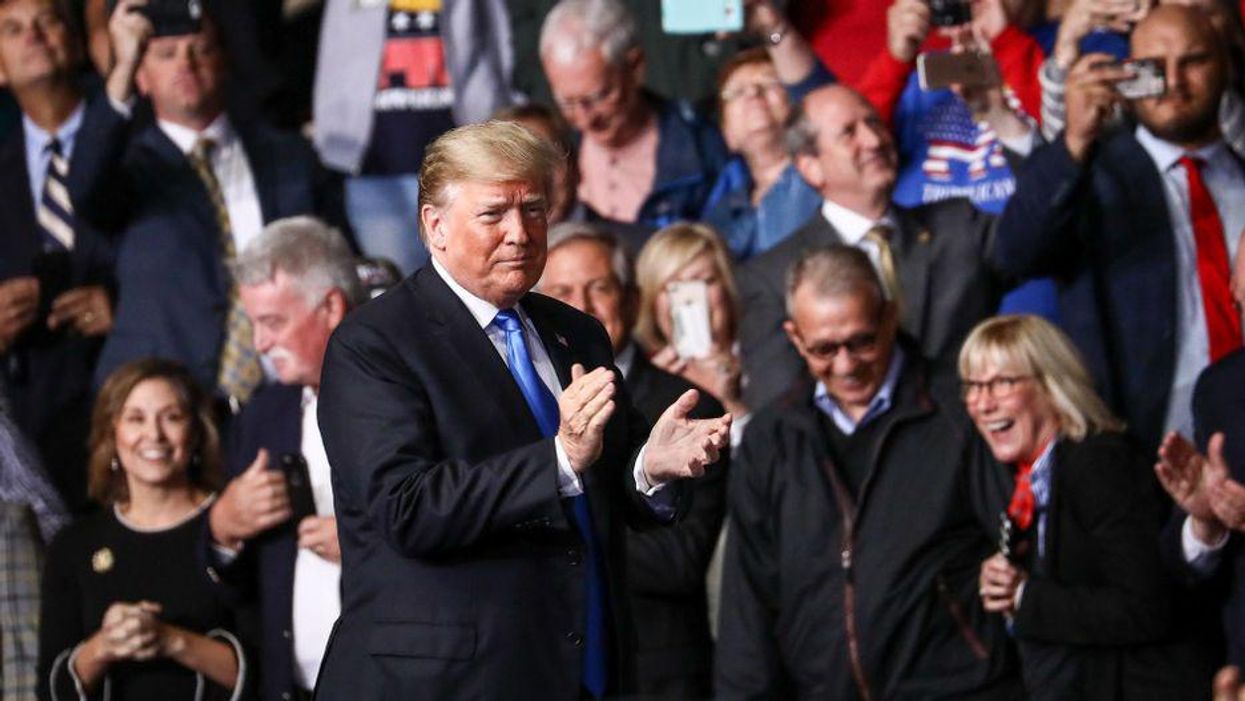 Although Democrats presently control the White House and both branches of Congress, they have only a narrow majority in the U.S. Senate — and their majority in the U.S. House of Representatives is smaller than it was before the 2020 election. Democratic pollster Stanley Greenberg, in a recent Democracy Corps/Greenberg Research memo, has a warning for fellow Democrats: Republicans will be seriously motivated going into the 2022 midterms — and former President Donald Trump will do everything he can to whip them into a frenzy.

Greenberg, who heads Democracy Corps with veteran Democratic strategist James Carville, explains, "We conducted a large, mostly cell phone survey with an oversample of Republicans in the 2022 battleground for the U.S. Senate, governorships, and House, and it is painfully clear Donald Trump, Lindsey Graham, and Kevin McCarthy know their party. The Trump loyalists who strongly approve of (Trump) are two-thirds of those who identify as, 'Republican.'"

Democrats, Greenberg emphasizes, should not underestimate how much Trump's false claims of widespread voter fraud in 2020 can fire up the GOP base.

"Do not think Trump's current focus on the stolen election is an amusing side-show," Greenberg warns. "It is about Blacks and Democratic politicians in the cities using illegal voting procedures and stuffing ballot boxes to steal away Trump's great victory (in) his battle to save America. This survey shows what are the true drivers of GOP identity — the deep hostility to Black Lives Matter, undocumented immigrants, and Antifa. And imagine their reaction to the flood of unaccompanied children at the border, the guilty verdict in Minneapolis, and Black Lives Matter protests after each police shooting of unarmed Blacks."

Greenberg adds, "There is no escaping the reality that Trump's Republican Party is a self-consciously and self-confidently anti-democratic, anti-immigrant party that will battle for the future of White people in a multicultural America. The Trump loyalists — again, two-thirds of the party — respond with deep emotion to the term, 'MAGA,' that captures their whole embrace of Trump's battle to make America great again. And it is an unfinished battle and campaign."

"Fortunately, President Biden gives Democrats a headwind: 49% approve of his performance, with a net 4 points more positive than negative," Greenberg observes. "That contrasts with Trump in the battleground who has a negative 5-point net approval rating: 46% approve and 51 disapprove. Our adjusted polling has Biden's approval rating nationally 3 points lower than the average of the public polls."

Another factor that could help Democrats in the 2022 midterms, according to Greenberg, is Obamacare — which many Republicans are still hoping to abolish even though it has grown in popularity along the way.

"It is possible that we have another election where health care is a major motivator and choice," Greenberg points out. "Almost one-fifth of non-Trump conservatives and one-third of moderates express warmth for the Affordable Care Act or Obamacare. The greatly expanded access and reduced costs may become more real for working class voters a year from now."