'The disease within the Republican Party': Analyst finds a 2012 report on GOP extremism that looks prophetic 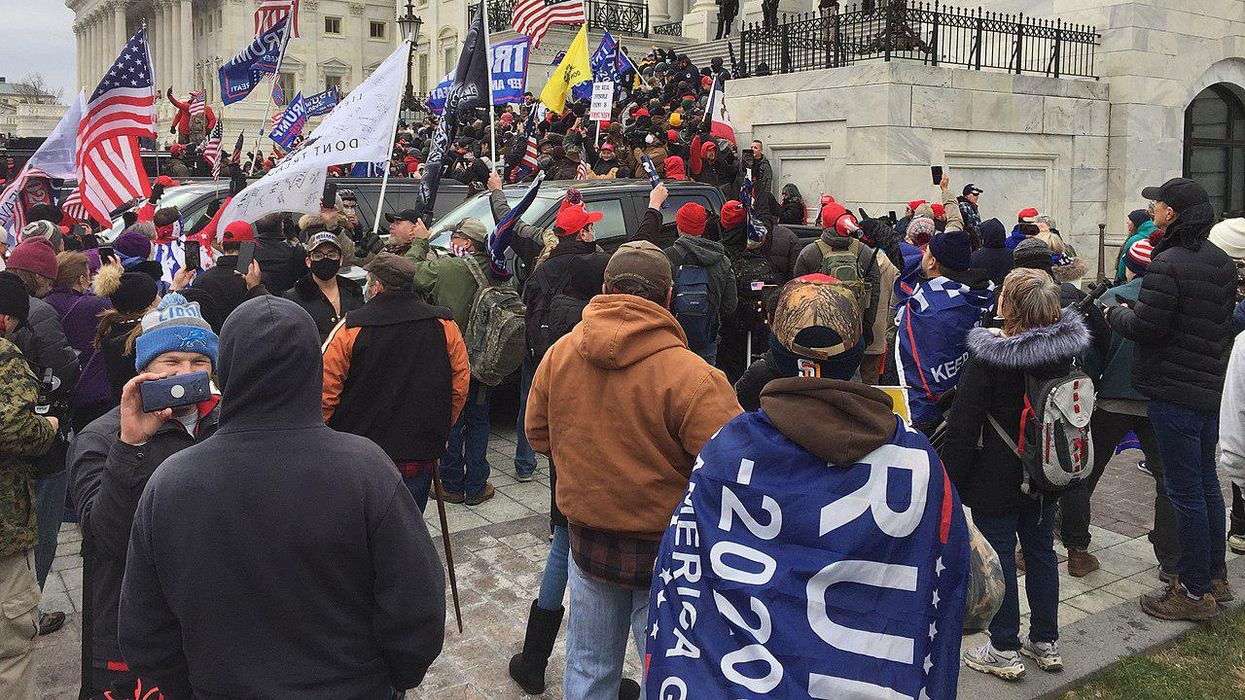 When President Barack Obama was reelected in 2012 and defeated Republican presidential nominee Mitt Romney, pundits offered a variety of explanations for Romney's loss. Some pundits on the far right insisted that Romney wasn't conservative enough — that he lost because he was a RINO: Republican In Name Only. Others, however, argued that Romney's campaign was doomed by wingnuts in his party. Two of the people who warned that extremists were taking over the Republican Party were Thomas E. Mann and Norman J. Ornstein, and according to CNN's John Harwood, their warnings about the GOP of 2012 are still relevant in 2021.

On April 27, 2012 — when the presidential election was still over half a year away — the Washington Post published an op-ed by Mann and Ornstein headlined, "Let's Just Say It: The Republicans Are the Problem." Mann was a senior fellow at the Brookings Institution, while Ornstein was a resident scholar at the American Enterprise Institute.

Mann and Ornstein wrote, "The GOP has become an insurgent outlier in American politics. It is ideologically extreme; scornful of compromise; unmoved by conventional understanding of facts, evidence and science; and dismissive of the legitimacy of its political opposition. When one party moves this far from the mainstream, it makes it nearly impossible for the political system to deal constructively with the country's challenges…. It is clear that the center of gravity in the Republican Party has shifted sharply to the right. Its once-legendary moderate and center-right legislators in the House and the Senate — think Bob Michel, Mickey Edwards, John Danforth, Chuck Hagel — are virtually extinct."

That op-ed from nine years ago, according to Harwood, shows that the Republican Party was overrun by extremists long before Donald Trump's 2016 presidential campaign.

Harwood explains, "It didn't mention Marjorie Taylor Greene, the deadly January 6 insurrection or Donald Trump's Big Lie. In fact, the words 'Donald Trump' did not appear at all. Published in 2012, that Washington Post piece demonstrates more than the foresight of its political scientist authors, Tom Mann of the center-left Brookings Institution and Norm Ornstein of the center-right American Enterprise Institute. It shows the disease within the Republican Party had spread long before Trump metastasized it."

One of the Republicans Mann and Ornstein slammed as a kook in their op-ed was then-Rep. Allen West, who claimed that "78 to 81" House Democrats of 2012 were communists. The Bulwark's William Kristol, now a Never Trump conservative, remembers believing that the op-ed exaggerated the influence of extremists in the GOP; Harwood quotes Kristol as saying, "People like me were thinking, 'Yeah, there are some kooky people around, but c'mon.'"

But since 2012, Harwood writes, Kristol has been "slugged by reality." For The Bulwark, Kristol has written countless articles slamming the GOP as a party that has been hijacked by dangerous authoritarians. And in 2020's presidential election, Kristol and his Bulwark colleagues endorsed Joe Biden.

Mann, nine years after that Post op-ed, told Harwood, "I don't get much satisfaction out of being right. A country, and a system, like ours has to have two strong governing parties. The fact is, we only have one." And Ornstein told Harwood, "It's a grim picture for the foreseeable future. We have a serious risk of losing our democracy."

Harwood notes what has happened to the Republicans of 2012. Romney and Rep. Liz Cheney are now pariahs in much of the GOP for rejecting Trumpism, while West now chairs the Texas GOP. And Harwood says of West, "His 2021 successors have grown loonier. Greene won a House seat from Georgia last year after expressing support for bizarre QAnon fantasies, which link Democrats with pedophilia."

According to Harwood, "When Mann and Ornstein wrote their 2012 piece, Tea Party Republicans had menaced the American economy with a debt crisis. But this year's insurrection created physical menace — for Capitol Police, lawmakers of both parties, even then-Vice President Mike Pence. Cheney warns that Trump may incite further violence."

Another person who believed that Mann and Ornstein exaggerated in their 2012 op-ed was former Rep. Charlie Dent of Pennsylvania. But now, Dent (who chaired the House Ethics Committee) finds the GOP's direction to be increasingly disturbing.

"I don't like where we're heading," Dent told Harwood, "but (I) don't think it's inevitable that we get to that terrible place."