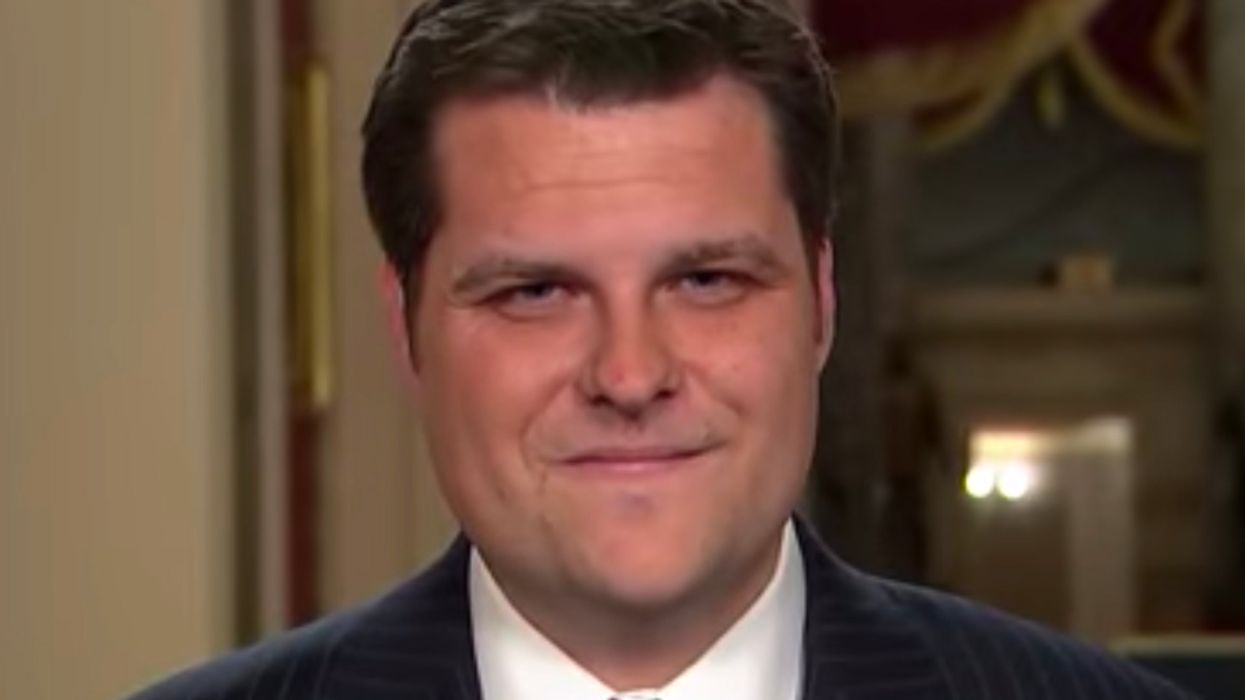 Image via Screengrab
David Badash
and
The New Civil Rights Movement
May 18, 2021

Four right wing GOP lawmakers on Monday teamed up to send a letter advancing a far right conspiracy theory promoted by Donald Trump over the weekend.

U.S. Reps. Matt Gaetz (R-FL), Marjorie Taylor Greene (R-GA), Andy Biggs (R-AZ), and Paul Gosar (R-AZ) have signed the joint letter drafted by the embattled Florida Congressman to the top DOJ official in charge of civil rights, telling her to stay out of the Maricopa Country, Arizona recount. That recount, being conducted by a company that has no experience in election recounts and that has been soliciting funds for the effort despite that the taxpayers fund it, has now been going on for well over three weeks, with no end in sight.

The four extremist lawmakers include a man accused and under DOJ investigation for possible sex-trafficking and possible sex with a minor; a QAnon supporter accused of illegal tax fraud; and a white nationalist. All have voted to overturn the 2020 election.

Their letter is addressed to Principal Deputy Assistant Attorney General Pamela Karlan of the Civil Rights Division of the United States Department of Justice.

In the letter they claim: "It has also been widely reported that before the equipment was delivered to independent auditors, an entire 'Database' directory of election information was deleted from the Election Management System Primary machine. According to Senator Fann, 'this suggests that the main database for all election related data for the November 2020 General Election has been removed.'"

On Saturday in a blog post Donald Trump wrote, "The entire database of Maricopa County in Arizona, has been DELETED!"

The claim is absolutely false, according to the Republican county recorder in Maricopa County, Stephen Richer, who calls Trump's conspiracy theory "unhinged" and "insane":

The four Republican end the letter by demanding a response by Thursday.