'A sense of fear': Trump’s inner circle is reportedly spooked they might be next after Giuliani raid 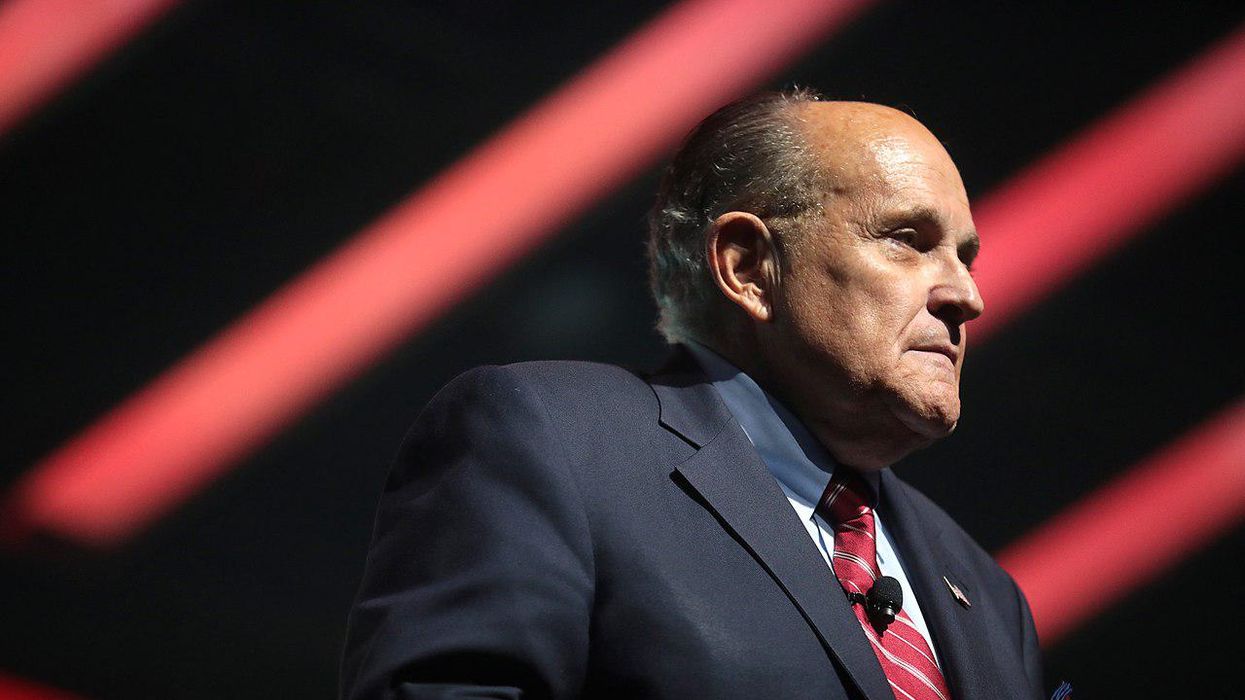 The Manhattan home and office of Rudy Giuliani, former mayor of New York City and a personal attorney for former President Donald Trump, were recently raided by federal investigators for the U.S. Department of Justice. A CNN report found that those April 28 raids triggered fear in Trump's inner circle, as others now worry they may get a visit from federal law enforcement.

The raids were conducted in connection with Giuliani's interactions with Ukrainians during the Trump years.

"This was a show of force that sent a strong message to a lot of people in Trump's world," one source reportedly told CNN, "that other things may be coming down the pipeline."

The search "ignited a sense of fear" for Trump's allies, the report found. It showed that they are more at risk of scrutiny from the DOJ under Biden than they had assumed.

Although the search warrants for Giuliani's home and office were not executed until April 28 — three months into Joe Biden's presidency — the DOJ's investigation of his Ukrainian dealings goes back to the Trump era.

Vanity Fair's Bess Levin argued in a recent column that for Giuliani, a key difference between now and 2019 or 2020 is that Trump loyalist William Barr is no longer U.S. attorney general. The U.S. Department of Justice is now headed by Attorney General Merrick Garland, appointed by Biden.

Levin explains, "Of course, Giuliani and the rest of Trump's allies may still be operating under the false sense of security provided by the last administration's Justice Department, run by Bill Barr, wherein alleged criminals were shielded from consequences thanks to their proximity to the equally shady president. As The New York Times reported last week, political appointees at the DOJ blocked prosecutors from obtaining the Giuliani warrants last summer and again after the election. They were only granted once Merrick Garland took over."

Levin points out that Michael Cohen, Trump's former personal attorney, has predicted that Giuliani will turn on Trump in order to protect himself legally. During a recent appearance on CNN, Cohen commented on the fact that Giuliani, before becoming mayor of New York City, was a federal prosecutor for the Southern District of New York.

Cohen told CNN, "Do I think Rudy will give up Donald in a heartbeat? Absolutely. He certainly doesn't want to follow my path down into a 36-month sentence…. What's ironic here is the fact that these tactics of the Southern District of New York, in terms of bullying you into a plea deal, were created by Rudy Giuliani going back 30 years ago. And it's just ironic that the tactics that he created for that office are now going to be employed against him in terms of making him plead guilty and certainly, at the least, turning over information about Jared (Kushner), Ivanka, about Don Jr. — about Donald himself, about all of these individuals in that garbage can orbit of Donald Trump."