'A high-stakes game of chicken': DeSantis slammed for threatening to endanger his own state just to spite the CDC 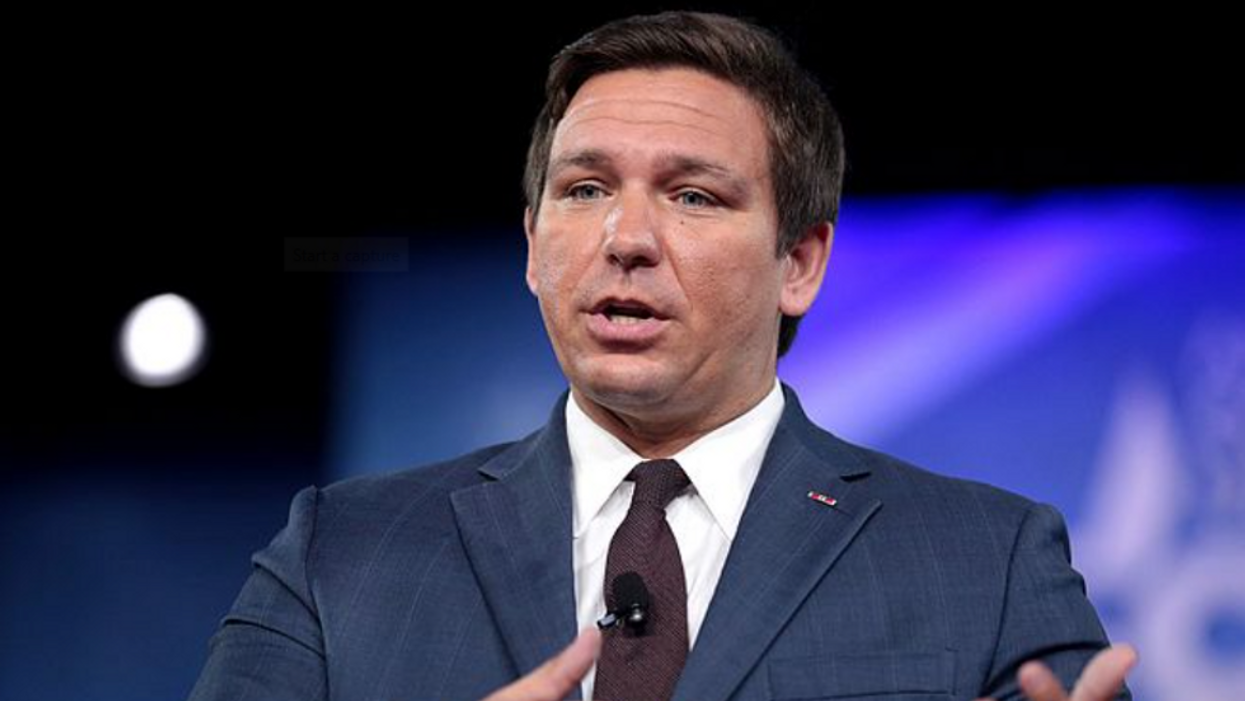 Florida Gov. Ron DeSantis (R) is facing blowback for his continued efforts to spite the federal government and Centers for Disease Control and Prevention (CDC) at the expense of his own state's economic lifeline: the cruise industry in South Florida.

At the beginning of April, DeSantis signed an executive order to place a ban on vaccine passports. Even as the Norwegian Cruise Line CEO threatens to pull their ships from the Port of Miami if DeSantis does not lift the recently-passed measure, he is still refusing to do so. Because of DeSantis' order, businesses and other entities cannot require residents to show proof of vaccination.

"Businesses in Florida are prohibited from requiring patrons or customers to provide any documentation certifying COVID-19 vaccination or post-transmission recovery to gain access to, entry upon, or service from the business," the order stated.

Then, in the first week of May, he issued another executive order suspending all COVID-19 mitigation guidelines across the state. Since the United States is still in the midst of a pandemic, the orders have been deeply criticized but DeSantis does not appear to be phased by the concerns.

In fact, DeSantis argues that "If you don't let them sail from Florida, they're going to sail from the Bahamas" as he suggested that ships would only sail from Florida if the CDC abandons its guideline for vaccinations.

Now, Miami-Dade County Mayor Daniella Levine Cava (D) is sounding off about DeSantis' seemingly risky actions. With the completion of a new $263 million terminal specifically for the Norwegian Cruise Lines, Cava expressed concern about the double-edged sword DeSantis is swinging.

"I'm calling it a high-stakes game of chicken," Cava told The Daily Beast. "It's hard to believe that when push comes to shove, and the cruise industry has followed all the CDC guidelines, that he would stand in their way."

From both an economic and public health stance, DeSantis' ban could further hinder the state's recovery from the pandemic. There is also the concern regarding Republicans' efforts to ignore the importance of private enterprise when it does not suit their own political agenda.

According to The Daily Beast, 2019 statistics show how vital the cruise industry is to Florida's economy:

"The year before the COVID pandemic, the state accounted for 60.1 percent of all passenger embarkations in the U.S., according to an economic-impact report on the industry from Cruise Lines International Association. It channeled more than $9 billion in direct spending to the state and supported 159,000 jobs there, with total wages and salaries of $8.1 billion."

But despite the economic need for the cruise industry, DeSantis is willing to stand in the way and infringe upon cruise lines' rights to private enterprise.

"Yet DeSantis doesn't want anybody to ask who's been vaccinated," Cava said, although "companies are all willing, they think it's safe—and passengers would want it. We've vaccinated a couple of thousand crew to put the ships back in shape."

Despite the blowback, the Republican governor is pushing the blame on the CDC arguing the nation will see "'deaths from despair, deaths from people who got involved with drugs and substance abuse or suicide' because their 'livelihoods were shattered by what the CDC did.'"