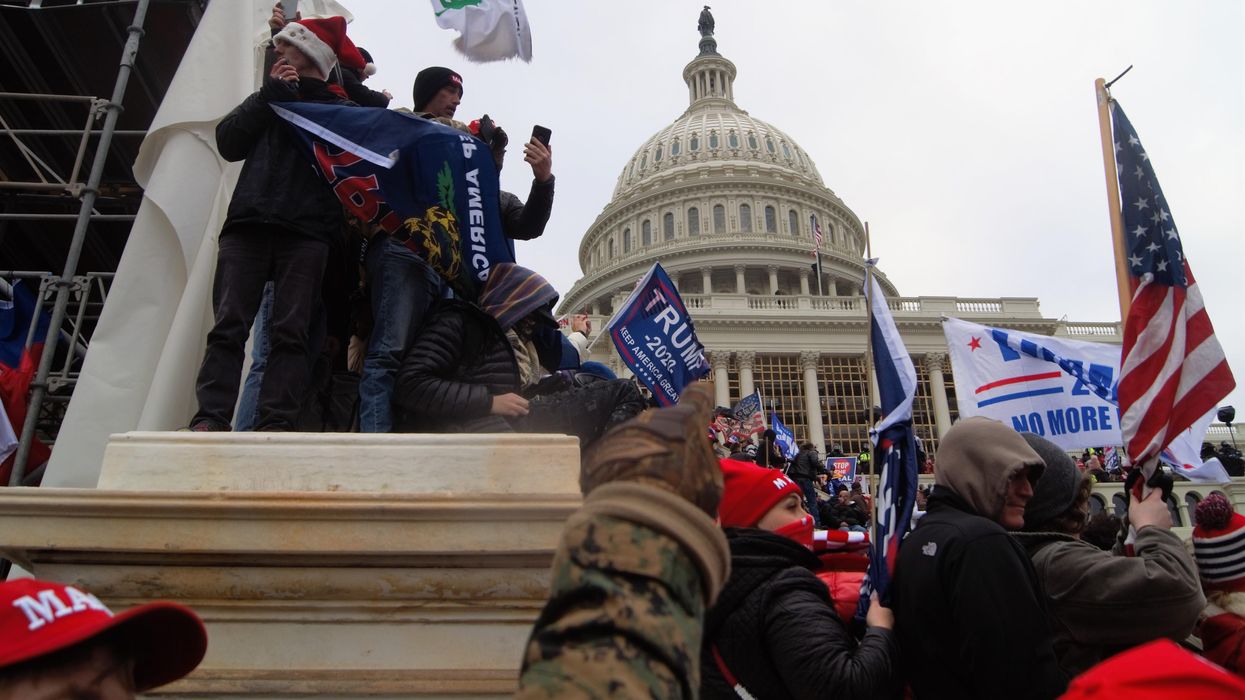 Although a bill calling for a commission to investigate the January 6 insurrection and assault on the U.S. Capitol Building was recently passed by the U.S. House of Representatives, it faces an uphill battle in the U.S. Senate — where Minority Leader Mitch McConnell and other Republicans are voicing their opposition to the bill. Brent Budowsky, a former aide to the late Democratic Sen. Lloyd Bentsen of Texas, discusses GOP opposition to a January 6 commission in a biting op-ed published by The Hill on May 26 and argues that such Republicans want to turn the United States into a banana republic.

The 69-year-old Budowsky explains, "The Banana Republicans are ruled and defined by a former president who has offered praise to dictators and enemies of democracy abroad, attacked American democracy at home, aggressively divided his party and our country, told repeated big lies claiming he won the 2020 presidential election, launched personal attacks against true Republicans and Democrats, and turned the GOP into a cult of personality dominated by him."

The former president that Budowsky is referring to is, of course, Donald Trump. And the undeserved loyalty that so many Republicans still have for Dear Leader is, according to Budowsky, characteristic of people who are devoted to authoritarian leaders in a banana republic.

"Banana Republicans include the majority of House Republicans who voted to overturn the Electoral College results in 2020, in one of the most shameful votes in the history of Congress," Budowsky notes. "Banana Republicans include those who came to Washington for insurrection on January 6, called to Washington by Trump, inspired to action by a fire-breathing speech by Trump who sent them to the Capitol to intimidate congressional Republicans to overturn the lawful results of the presidential election. They fought their dastardly fight with criminal actions and even threats to the physical safety of prominent Republicans, including former Vice President Mike Pence."

Budowsky continues, "Banana Republicans lie about the results of the 2020 campaign, claiming Trump won. They use that lie to justify another lie, claiming election law changes are needed to protect democracy, while they pass laws in countless states to suppress voters and undermine democracy. They try to steal elections by preventing voters from voting in districts they will try to gerrymander to fix elections a second way."

Budowsky applauds Rep. Liz Cheney of Wyoming, the arch-conservative daughter of former Vice President Dick Cheney, for showing "great courage opposing Banana Republicans on the 2020 elections" but laments that many other Republicans are unwilling to do that.

"My hope is that the January 6 commission bill passes with support from Senate Republicans who will cast votes of high patriotism and conscience, as 35 House Republicans did," Budowsky writes. "Now is the time for all good men and women to come to the aid of our country and democracy, and reject Banana Republicanism."