'Get over it': COVID-denying congressman refusing to wear a mask slammed for saying he's 'just tired of it' 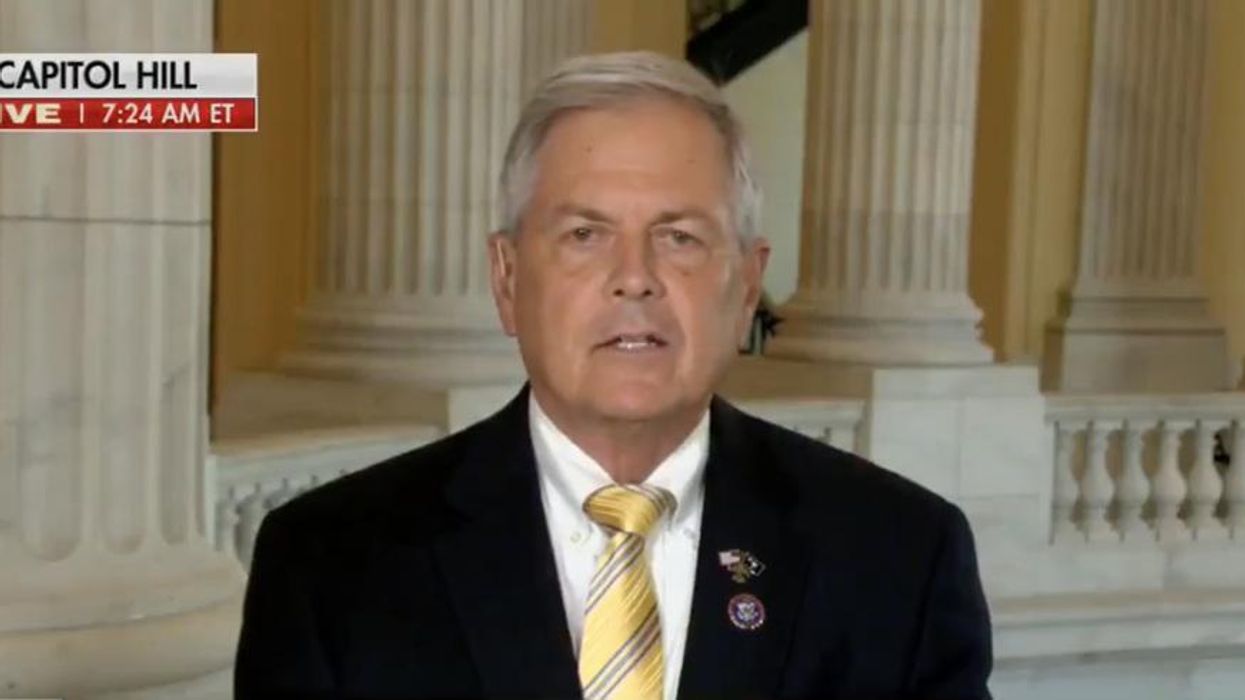 Image via Screengrab.
David Badash
and
The New Civil Rights Movement
May 20, 2021

U.S. Rep. Ralph Norman (R-SC) made headlines last week when he insisted the thousands of rioters and insurrectionists who stormed the Capitol on January 6 wearing MAGA hats and Trump shirts, draped in Trump flags, shouting Trump's name, putting their careers, freedom, and lives at risk at the direction of President Donald Trump were not necessarily pro-Trump.

"I don't know who did the poll to say that they were Trump supporters," Norman declared, attempting to whitewash the insurrection and ignoring the identity of the hundreds of insurrectionists already arrested.

This week Congressman Norman is battling another basic fact of life: mask wearing.

He and about a dozen other GOP House members have decided they will violate House rules and no longer wear masks in Congress. They claim they should only have to observe CDC guidelines. But some of the 12, like Congresswoman Marjorie Taylor Greene, are refusing to be vaccinated, and CNN reports less than half of House Republicans say they have gotten the shots.

Rep. Norman apparently was "tired" of wearing a mask last summer as well, so he didn't:

Cases are on the rise in SC and Congressman Ralph Norman held a press conference to spread misinformation about COV… https://t.co/U2K4JQJZwc
— Moe Brown (@Moe Brown) 1595976934.0

This week Norman also did not wear a mask while in Congress Tuesday and Wednesday, but has been fined $500 for his first offense.

Countless workplaces across the country still require masks to be worn, especially those open to the public. Some people are criticizing Norman and the other anti-mask Republicans, asking why should lawmakers, who are supposed to set an example as national leaders, get special treatment?

@therecount Every single one who gets fined is planning to parlay the fine into campaign donation appeals. It’s ess… https://t.co/ZxIx8SgycX
— Curt Naus (@Curt Naus) 1621512465.0