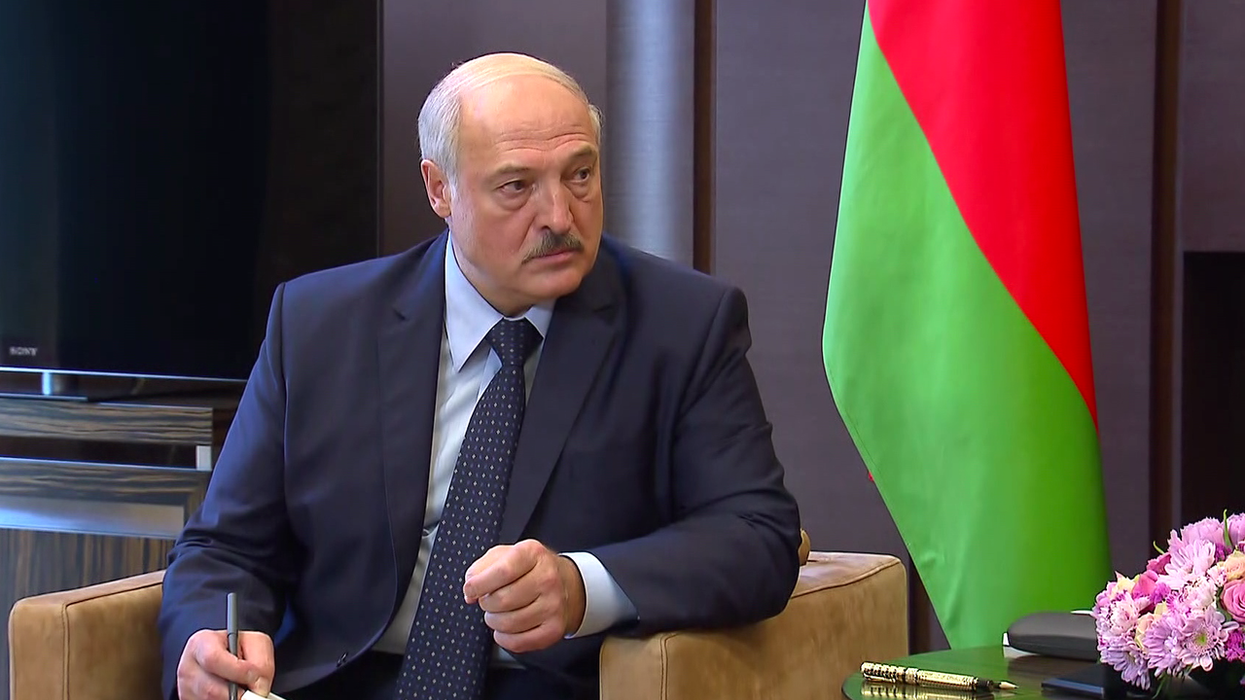 On Sunday, May 23, the government of Belarus — under the direction of strongman President Alexander Lukashenko — ordered a Ryanair passenger flight to land so that a journalist/blogger who was on board, Roman Protasevich, could be arrested. And Ryanair CEO Michael O'Leary has slammed this forced landing as a "state-sponsored hijacking."

O'Leary told Politico, "This is a case of state-sponsored hijacking, state-sponsored piracy…. It was clear that the intent of the Belarusian authorities was to remove a journalist and his traveling companion."

The Ryanair flight was going from Athens, Greece to Vilnius, Lithuanian and was crossing over Belarus' airspace. Lukashenko knew that Protasevich, an outspoken critic who has been in exile from Belarus, was on board — and Belarus air traffic control told the plane to make an emergency landing in Minsk, Belarus, where Protasevich, according to CNN, was arrested. Ryanair, in a statement, said the flight crew were told that there was a "potential security threat on board." And a Belarus fighter jet escorted the flight to Minsk.

O'Leary told Politico, "We have to do a detailed debrief today with the NATO and EU authorities. It was extremely frightening for our crew and passengers. They were held under armed guard and had their bags searched."

Lithuanian President Gitanas Nauseda has been vehemently outspoken against Lukashenko following this incident, describing it as "abhorrent" on Twitter and noting that a "civilian passenger plane flying to Vilnius was forcibly landed in Minsk." Nauseda is demanding that Protasevich be released. And Polish Prime Minister Mateusz Morawiecki slammed Lukashenko as well, saying, "(The) hijacking of a civilian plane is an unprecedented act of state terrorism."

Boot explains, "An Irish airliner flying from Athens to Vilnius, Lithuania, was intercepted by a MiG-29 fighter aircraft over Belarusian airspace and forced to land in Minsk. The Belarusian regime claimed there was a bomb on board, but no bomb was discovered. This was a transparent ruse by Belarusian dictator Alexander Lukashenko to arrest one of his most influential critics: opposition journalist Roman Protasevich, who was aboard the flight. Now, Protasevich faces 12 years in prison on specious charges of terrorism."

Boot, who has been one of former President Donald Trump's most vehement critics on the right, views Lukashenko's actions as part of an international "pattern" in which authoritarians are growing increasingly "brazen."

Boot writes, "The need to hold Belarus to account is all the greater because we have been seeing the norms against international aggression steadily eroding in recent years…. The force-down of the Ryanair flight must be seen in this perspective — not as an isolated incident, but as part of a pattern of dictators testing the West with ever-greater brazenness. That makes it all the more imperative that the European Union and the United States do more than issue ritualistic denunciations of Lukashenko's air piracy. Lukashenko must pay such a high price for this aggression that it will give pause to other tyrants and start to mend the tattered fabric of international law."