How to take on the power of American dynasties 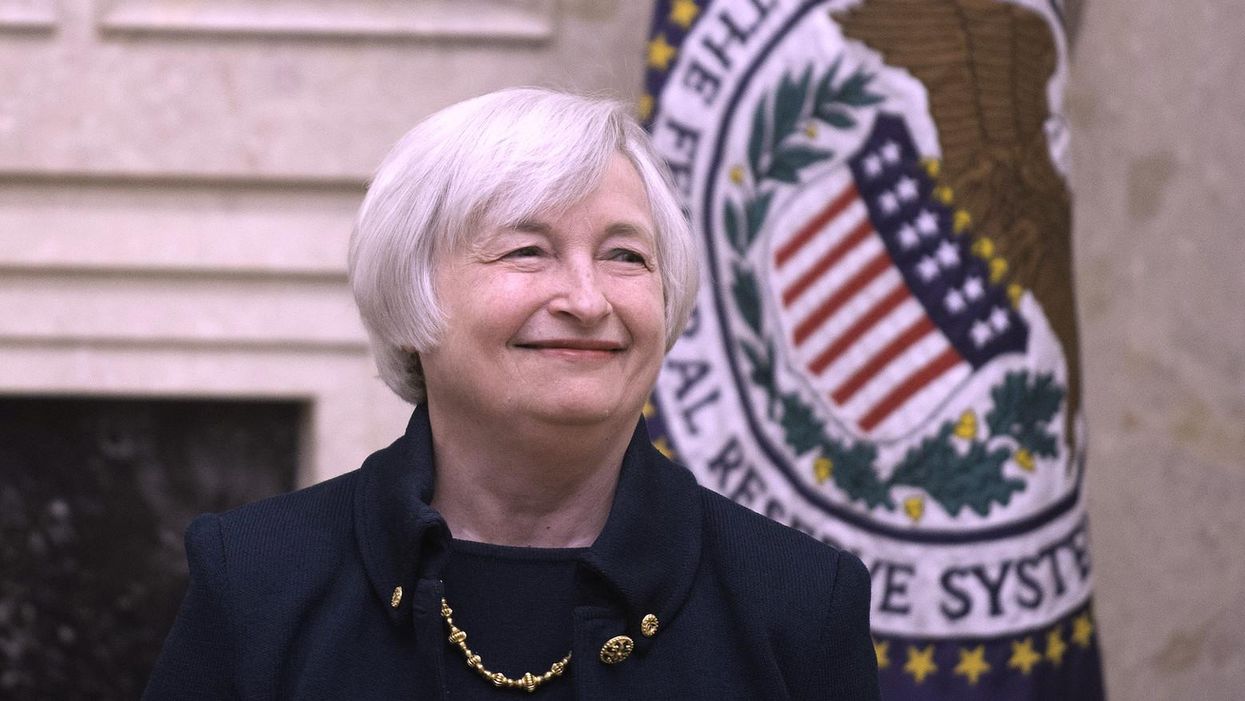 Janet L. Yellen smiles after being sworn in as Chair of the Board of Governors of the Federal Reserve System. The swearing-in took place at the Marriner S. Eccles Federal Reserve Board Building in Washington, D.C., on February 3, 2014. Federal Reserve photo
John Stoehr
May 05, 2021

I follow the thinking of a handful of conservative-but-honest writers. Nearly all think infrastructure investments are wise. That would be good for business. Whatever's good for business is ipso facto good. What they quibble with is cost. How on earth is the president going to pay for the American Jobs Plan and the American Families Plan? We're talking about upwards of $5 trillion! You can't just soak the rich to pay for it!

You don't need to. At a public event Tuesday, United States Treasury Secretary Janet Yellen said something that had a lot of us nodding our heads. Yep, there's always been plenty of money. What has been missing is the political will to collect it. "It's really shocking and distressing to see estimates suggesting that the gap between what we're collecting in taxes on current tax and what we should be collecting—if everybody were paying for taxes that are due—that amounts to over $7 trillion over a decade," she said.

Joe Biden has proposed raising the effective rates on large corporations, many of which pay zip in federal levies, as well as very obscenely rich individuals. That, he said during last week's State of the Union address, is how the government would pay for public investments for the purpose of competing with autocracies around the globe.

Correction. We should be talking about these things. So far, we're only talking about what we want to spend and where the money's coming from. The stakes, however, is so much higher than jobs and childcare (and even defeating global autocracy). Supposed we achieved these things, what then? We'd still be here, which is to say still beholden to unelected (white) men with more money and power than the world has ever known.

Consider this. There are now in existence eight centibillionaires. Seven of them are American. These (white) men combined are worth more than the annual budgets of most sovereign nations. Our discourse focuses on America being a free country where the plucky and smart can get rich. We envy those who succeed. Our discourse does not, however, focus on this: no unelected person should have that much power.

Before you say there's a difference between being rich and being powerful, let me say I wasn't born yesterday. Money equals political power. More money equals more power. Centibillions equal centibillionaire power. You, me and everyone we know can call the White House to leave a message. I'm pretty sure Joe Biden takes Warren Buffett's call, though. Lived everyday experience speaks truthfully. This is why accusations of socialism every time liberals suggest raising taxes are ridiculous. This isn't about confiscating private property in the name of magical utopia. It's about restraining democratically the unlimited power of men politically unaccountable to the people.

In my opinion, inherited power—which is to say, inherited wealth—is problematic, but tolerable under certain levels. Everything above a said amount, however, should be taxed maximally. What should a threshold and tax rate be? That's for democracy to decide. (I'd say 100 percent on estates worth over $10 million.) What I do know is that inherited power should be as offensive to civic morality and the democratic faith as the hereditary right of monarchs (and white supremacists) to rule. Judging by our discourse, though, it isn't offensive. Being born so rich as to be aristocratic is enviable. If we're going to change things, start there — by evoking the old contempt for nobility.

We shouldn't, for instance, just grin and bear a plan to close a tax loophole affecting the scions of centibillionaires. We should cheer it on with patriotic fervor. I won't get into the numbers, but this from Bloomberg gets to the gist. "Ending that practice and raising the rate would amount to the biggest curb on dynastic wealth in decades, altering an American economic landscape dominated by a few wealthy families" (my italics).

These same wealthy families, the sons and daughters of rich (white) men long dead, have dominated the "American economic landscape" for going on half a century. And they have continued to dominate not because they made more and better widgets, like their patres familias did, but because they are so very obscenely rich they can pay armies of tax attorneys to find more and better ways to dodge paying their fair share. Or they can fund the campaigns of Republicans who will do everyone in their name. The result has been $7 trillion left uncollected. Does that sound worthy of contempt?