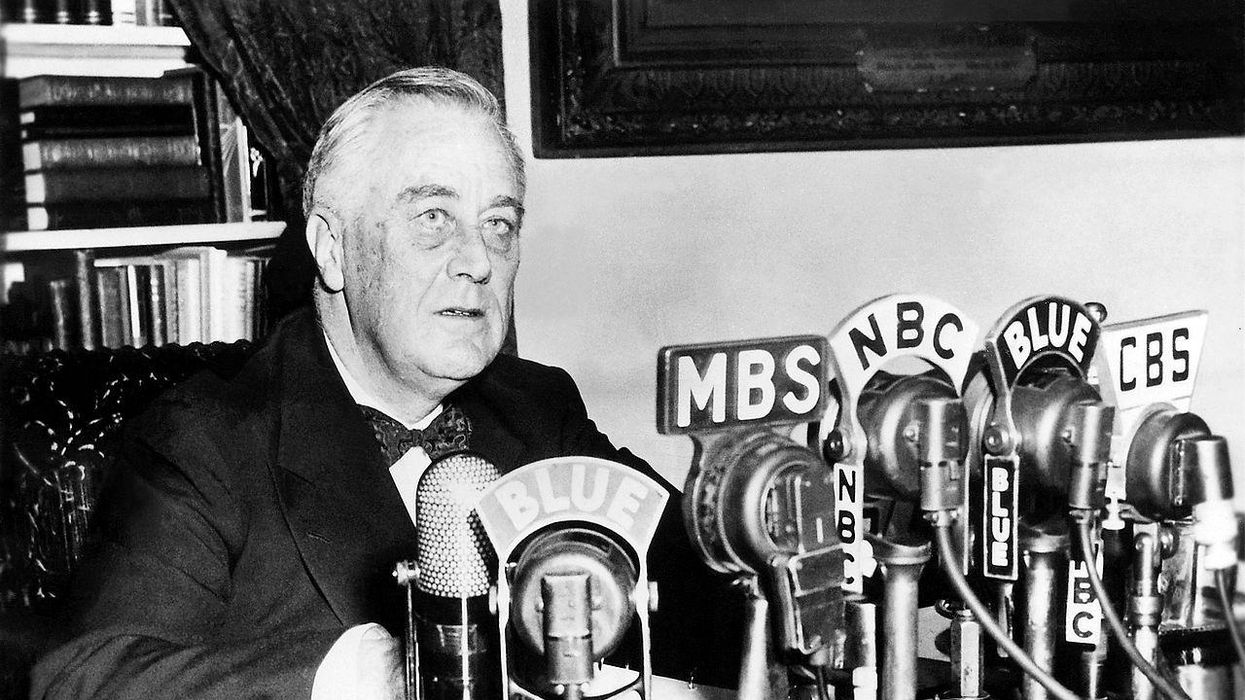 When liberals and progressives outline the accomplishments of President Franklin Delano Roosevelt's New Deal, they typically point to economic reforms that ranged from Social Security to the Glass-Steagall Act (which created a strict separation of commercial and investment banking) to United States' first federal minimum wage. But the American Prospect's Zachary D. Carter, in an in-depth review of the Eric Rauchway book "Why the New Deal Matters," emphasizes that FDR's importance went beyond economic programs — and that he preserved U.S. democracy at a time when many other countries were turning to authoritarianism.

"American intellectuals obsess over FDR because, as historian Eric Rauchway demonstrates in his admirable new book 'Why the New Deal Matters,' he saved the American project itself, for better and for worse," Carter explains. "The Great Depression that Roosevelt ended was not merely a collapse of gross domestic product and employment figures; it was a full-blown political crisis that toppled regimes around the world and called into question the very legitimacy of democratic governance."

During the 1930s, the world was plagued by two competing forms of authoritarianism. One was far-left communism; the other was far-right fascism. The Soviet Union was ruled by Joseph Stalin, a brutal dictator who came to power in 1927 — while in Europe, fascist dictators included Benito Mussolini in Italy and Adolf Hitler in Germany. Fascism also prevailed in Spain when the far right won the Spanish Civil War and Gen. Francisco Franco, a.k.a. El Generalísimo, came to power.

Authoritarians often seize power during periods of economic suffering, and many historians have argued that the U.S. might have turned either communist or fascist had it not been for FDR's New Deal. According to the U.S. Bureau of Labor Statistics, the United States' national unemployment rate was 23% in 1932 — the year in which FDR enjoyed a landslide victory over President Herbert Hoover.

"However we might critique individual decisions or programs, as Rauchway emphasizes, the threat of a far-right takeover in the 1930s was very real," Carter writes. "The New Deal beat it back by reinventing American government, from the electrical grid to the course of rivers to Social Security to farm support to the buildings where we go to work and our children attend school. And in the process, it established a new democratic promise for the country: a commitment that the American government would and could be an expression of peaceful common purpose for all Americans. This promise was not fulfilled in the 1930s, but the world we live in today would be unrecognizable without it."

"The New Deal meant more to Black America than housing policy," Carter points out. "Had it not, Roosevelt would not have inaugurated the titanic shift in Black voting away from the party of (President Abraham) Lincoln and (abolitionist) Frederick Douglass. Even after President Herbert Hoover's disastrous navigation of the Depression, Roosevelt lost the Black vote by roughly 2-to-1 in 1932. After four years of the New Deal, he won the Black vote by nearly 3-to-1 in 1936. This was the beginning of a political realignment that persists to this day."