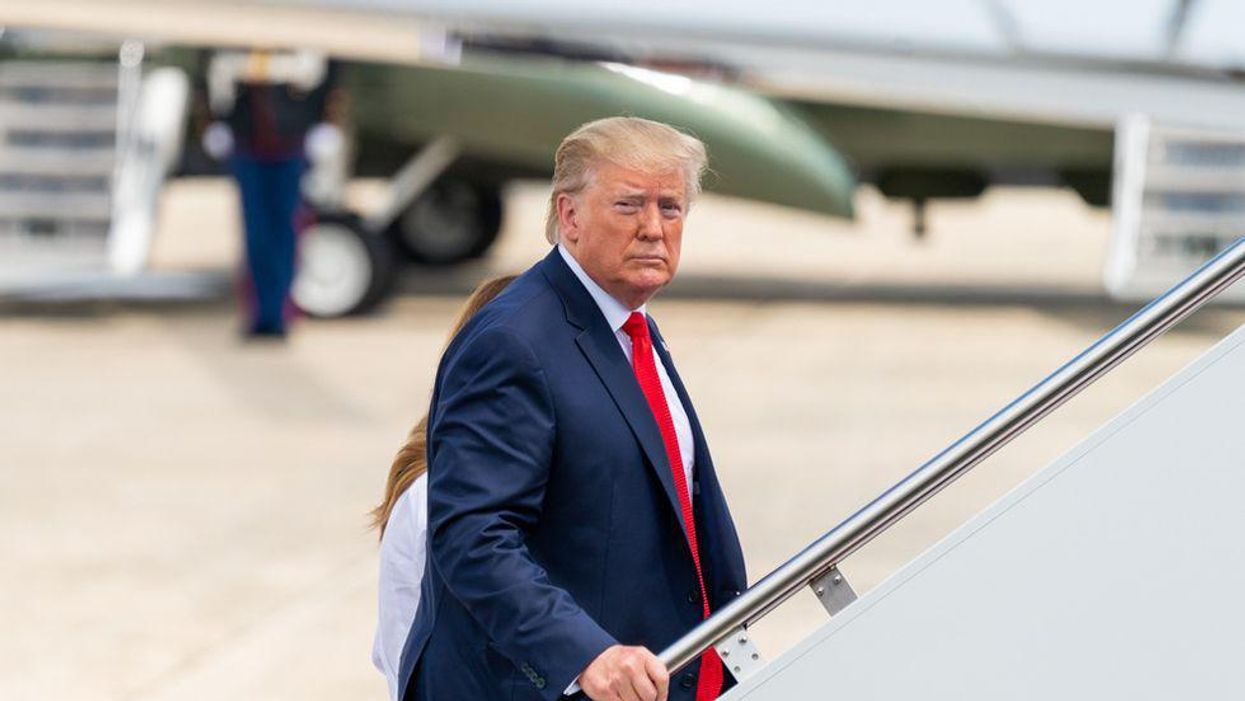 Allen Weisselberg, the longtime chief financial officer of the Trump Organization, has been at the center of an extensive criminal investigation for months and now reports suggest that the walls may be closing in. One assessment explains why Weisselberg's situation is so intriguing.

Here are five intriguing points about the case centered on Weisselberg, per The Hill:

1. Why is Weisselberg a target? The publication notes that there is one main reason why Weisselberg has become a target and that's former President Donald Trump. Prosecutors are hoping to get Weisselberg to cooperate. Since he has been a top member of the Trump Organization for the last four decades, there is a strong possibility he could be a vital source of information and a viable asset to their criminal investigation.

2. How could he assist prosecutors' efforts to build a case against Trump? The assessment explored a number of different ways in which Weisselberg could serve as an asset for prosecutors.

"One angle prosecutors are reportedly pursuing is whether Trump's business gave employees benefits instead of higher salaries as a way to lower the company's payroll tax burden. Among the alleged recipients are Weisselberg himself and his family members, who reportedly received heavily discounted or free access to Trump-owned apartments in Manhattan."

3. What other factors could contribute to the prosecutors' case? With bot New York District Attorney Cy Vance and New York Attorney General Letitia James' offices investigating the former president's organization to determine if it "misled lenders, insurance companies and tax collectors," the publication highlights one theory that could incorporate Weisselberg:

"One theory is that the company inflated the value of assets to get more favorable terms for bank loans, insurance and tax breaks, and deflated their value to reduce the amount owed in real estate taxes."

4. What tactics are investigators using to gain Weisselberg's cooperation? While Weisselberg has not been accused of committing any crimes and he currently faces no charges, there is growing speculation that prosecutors could use that possibility as leverage. Since Vance's office in March subpoenaed Weisselberg's financial records, it signals the possibility of some form of escalation in the case although the office has remained relatively mum about the details.

5. Would Weisselberg really make the decision to "flip" on Trump?

Although Weisselberg has been a Trump associate for decades, multiple insiders have admitted they believe he will end up flipping and cooperating with investigations in a manner similar to his former attorney Michael Cohen.

The latest report comes just days after Weisselberg's ex-daughter-in-law appeared on CNN. At the time, she admitted that she believes Weisselberg will ultimately cooperate with law enforcement.

"His whole worth is 'Does Donald like me today?' It's his whole life, his core being. He's obsessed. He has more feelings and adoration for Donald than for his wife," she told The New Yorker for a March article. Asked if would flip, she said, "I don't know. For Donald, it's a business. But for Allen it's a love affair."