A 'whistleblower complaint' from 2019 may come back to haunt Mike Pompeo: report 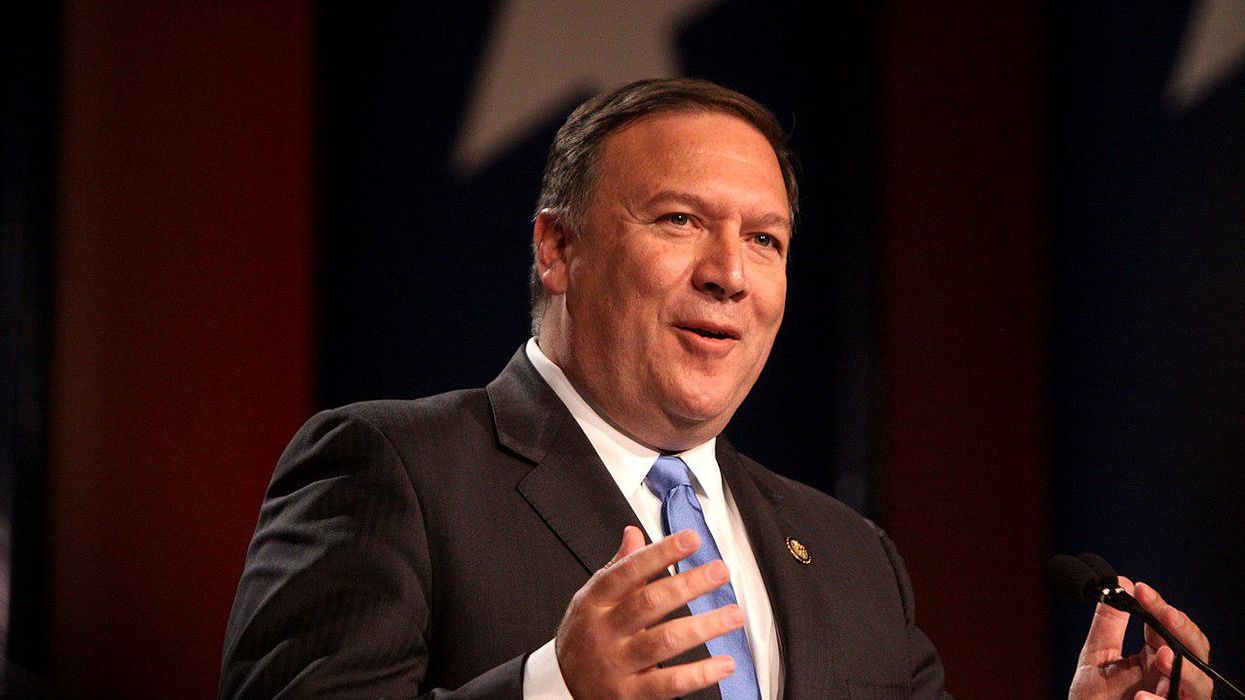 During his years in the White House, former Secretary of State Mike Pompeo was a belligerent and combative Trump defender — angrily attacking anyone who dared to question former President Donald Trump. Pompeo, in 2019, was often mentioned as a possible U.S. Senate candidate in Kansas, a deep red state that Trump won by 21% in 2016 and 15% in 2020. But according to McClatchy Newspapers, a "previously unreported whistleblower complaint" about Pompeo from 2019 is coming back to haunt him.

McClatchy reporters Michael Wilner and Bryan Lowry explain, "State Department employees were asked to prepare then-Secretary of State Mike Pompeo for political events in Kansas as he was flirting with a run for a U.S. Senate seat there in 2019, rankling government staff who saw the requests as ethics violations, according to a previously unreported whistleblower complaint and e-mails obtained by McClatchy. The documents provide fresh insight into Pompeo politicking behind the scenes during a period when the secretary was engaged in a flurry of hushed donor meetings and controversial visits to Kansas."

Wilner and Lowry add that "newly obtained e-mails" from the Trump era "show the former secretary's wife, Susan Pompeo, asking State Department staff for help organizing political events in their adopted home state, connecting with local companies and drawing a crowd to one of his events."

The McClatchy reporters note, "A whistleblower complained to the State Department inspector general's hotline in October 2019 that department staff were asked to prepare Pompeo for an event with BG Products, a Wichita automotive services and parts company. Aides produced talking points on Kansas' oil drilling and production industry that had little to do with the business of state, according to the complaint. Multiple State Department staff were tasked with the requests, the whistleblower said, claiming the activity posed a 'conflict of interest' and amounted to 'ethics violations.'"

In 2019, that whistleblower wrote, "The questions in the tasker seemed strange to me. They did not seem like questions a State Department official would write."

Pompeo decided against running for the U.S. Senate in Kansas in 2020, when some Republican strategists feared that if far-right extremist Kris Kobach (Kansas' former secretary of state) received the GOP nomination, he would lose to a Democrat just as he lost Kansas' 2018 gubernatorial race to centrist Democrat Laura Kelly — who is now Kansas' governor. Those GOP strategists hoped that Pompeo would run because he would be more electable than Kobach, but Pompeo didn't run — and the nominee who defeated Kobach in the primary, now-Sen. Roger Marshall, defeated Democratic nominee Barbara Bollier by 12% in the general election.

But even though Pompeo didn't run for the U.S. Senate in 2020, Wilner and Lowry point out that he is still involved in Kansas politics and was recently asked to speak at a dinner hosted by the anti-abortion group Kansans for Life. And Pompeo is being mentioned as a possible GOP presidential candidate for 2024.

The e-mails discussed in Wilner and Lowry's article were obtained by the watchdog group American Oversight through a Freedom of Information Act request.

Austin Evers, executive director of American Oversight, told McClatchy, "Mike Pompeo's political ambition is not now, nor has it ever been, a national security priority. From using his office to groom political connections to retaliating against whistleblowers looking out for the public interest, time and again, Secretary Pompeo appears to have put his own interests ahead of the nation's."