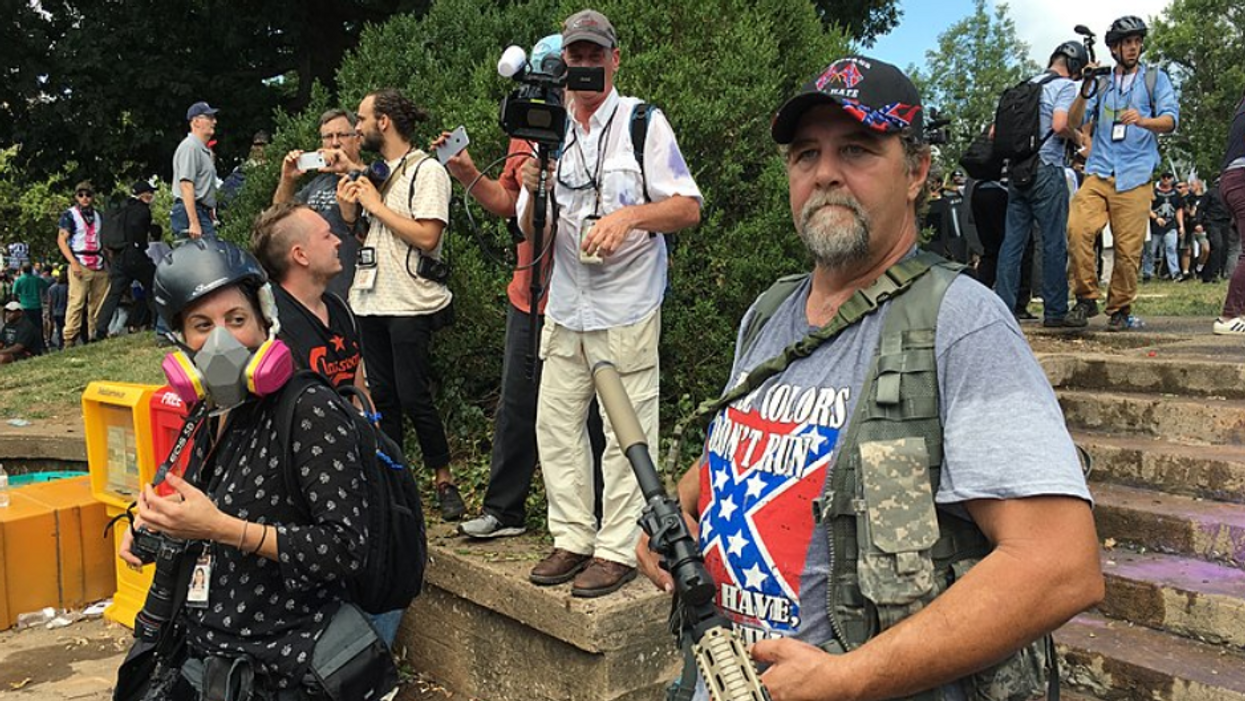 Days before the Easter holiday, the Huntington Beach Police Department received intel about fliers promoting an upcoming Ku Klux Klan (KKK) event which led to an initial investigation. A photo of one of the flyers, which reportedly featured a klansman with a burning cross, included information about an event later that evening.

The flyer's headline message read, "Say no to cultural genocide." However, the website and contact information were excluded.

According to Newsweek, some of the flyers found along Long Beach were also handwritten. Those flyers reportedly featured "the white supremacist slogan: "the 14 words," according to the Long Beach Post.

Chris Callopy, executive director for the Teachers Association of Long Beach, contacted police after finding one of the flyers outside of the association's office. He also shared his reaction to the disturbing flyer. "It's just so bizarre," Callopy told The Long Beach Post. "I've been working here in Long Beach for 13 years, and I've never seen something like that before."

Surveillance footage captured a man leaving the white supremacist flyer at the building around 1:15 a.m. However, police have not been able to identify the person.

On Wednesday, Long Beach City Councilman Al Austin spoke with the Long Beach Post where he expressed concern about the event saying, "I'm extremely disheartened that somebody used our community as a platform to spread hate."

In wake of the recent uptick in white supremacist propaganda, Huntington Beach Police Department Lieutenant Brian Smith weighed in on noting that permits are not required to hold rallies and demonstrations.

"Rallies and demonstrations in Pier Plaza are a common occurrence and do not require permits due to it being a public space, except for in certain circumstances such as if the organizer wants to set up a stage, restrict access to an area, or utilize utilities," Smith said.

Despite concerns about the event, Huntington Beach Chief of Police Julian Harvey insists no unruly behavior will be accepted. In a statement, Harvey said, "I can assure you, we will not tolerate any acts of violence or criminal behavior meant to intimidate others."