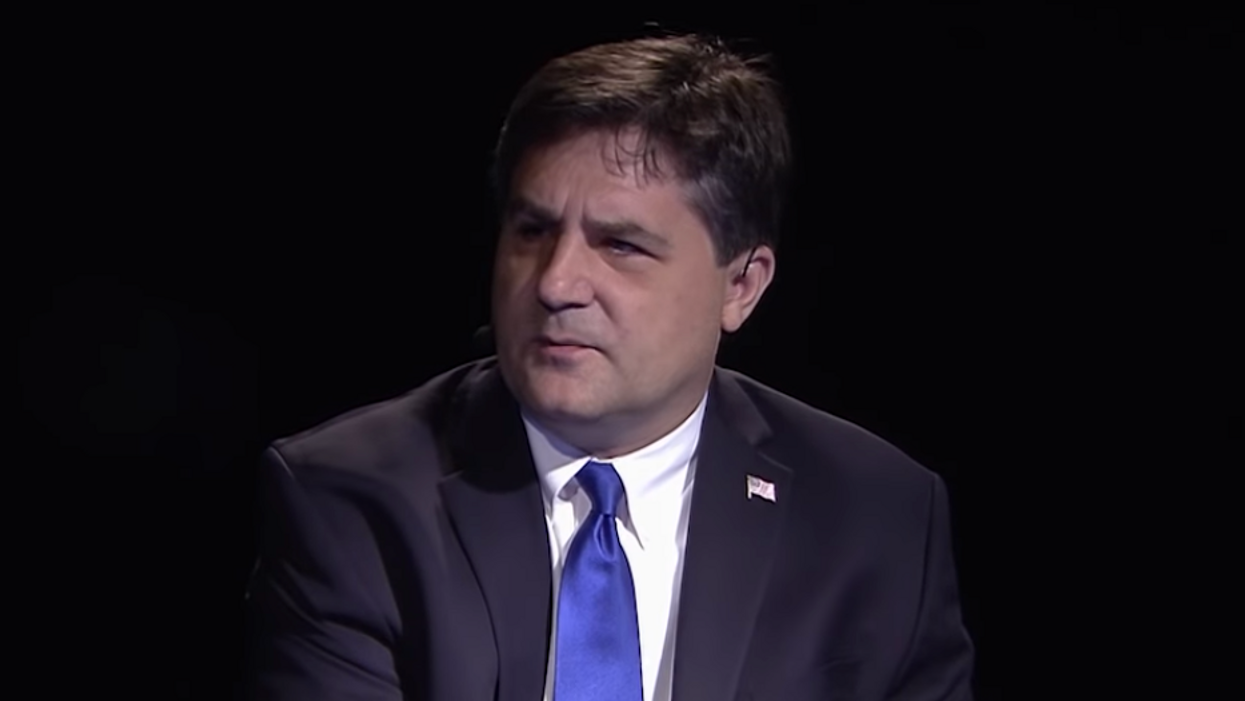 Dominion Voting Systems has aggressively and forcefully debunked the bogus claims that attorneys Sidney Powell and Lin Wood, MyPillow CEO Mike Lindell and other far-right allies of former President Donald Trump have made about the voting technology company. And Dominion has sent a cease-and-desist letter to former Michigan State Sen. Patrick Colbeck, a far-right Republican, for falsely claiming that Dominion helped now-President Joe Biden steal Michigan from Trump in the 2020 election.

Michigan is among five states that were won by Trump in 2016 and flipped by Biden in 2020 — the others were Pennsylvania, Wisconsin, Arizona and Georgia. Colbeck, like Powell and Lindell, has made the false claim that widespread voter fraud enabled Biden to steal Michigan's electoral votes from Trump. But there is zero evidence to back up that claim, and Dominion — in its letter to Colbeck — wrote, "You are knowingly sowing discord in our democracy, all the while soliciting exorbitant amounts of money — totaling over $1 million so far — from your audiences paid directly to your personal business."

The letter continued, "If foreign countries, hackers, Democrats, space aliens, or anyone else had hacked into the Dominion machines in Antrim County, (Michigan) and manipulated the vote tallies in those machines, then the machine tallies would not match the votes on the paper ballots in the possession of the Republican county officials. In fact, they do match, as confirmed by a hand recount of the paper ballots."

Powell claimed that Dominion's technology was used in Venezuela to help the late President Hugo Chávez steal votes, and Dominion debunked that false claim easily — stressing that helping Chávez would have been physically impossible because its technology was never even used in that South American country.

Although Dominion has sued Powell, Lindell and Fox News, it appears to be content to let Colbeck off with a warning — at least for now.