US ambassador to Russia 'refusing to leave' even though the Kremlin has 'advised' him to: report 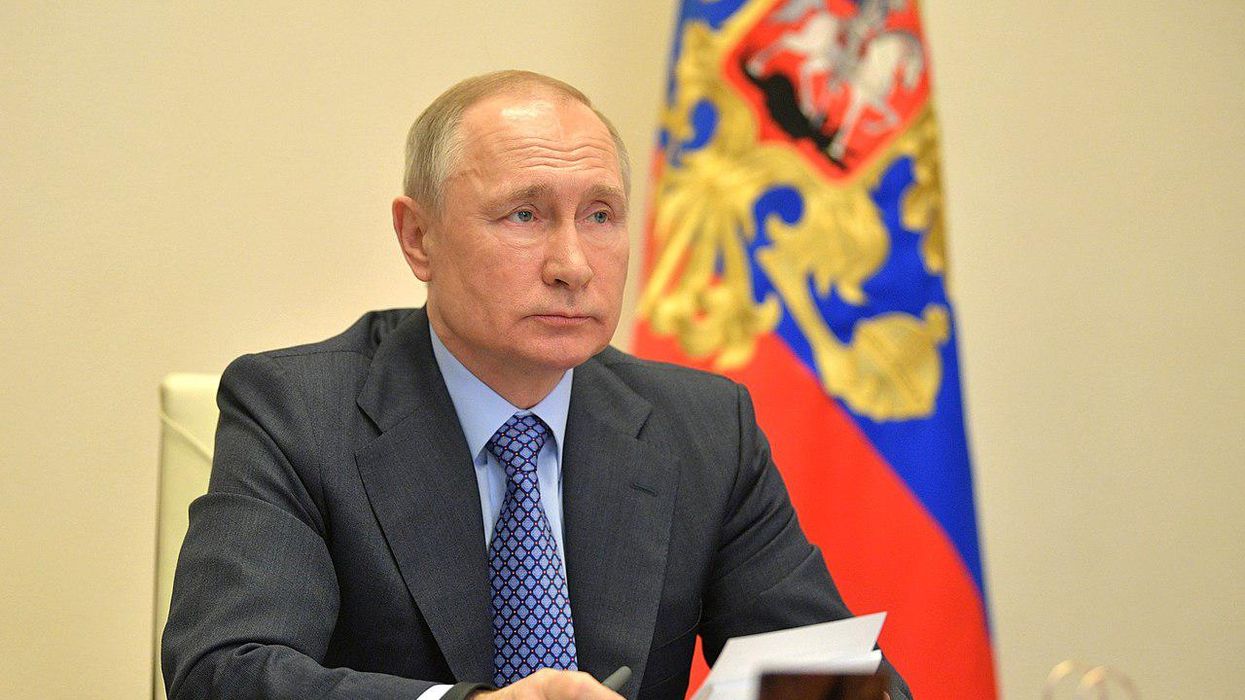 The United States' relationship with Russia and President Vladimir Putin has changed dramatically during President Joe Biden's months in the White House. While former President Donald Trump was deferential to Putin, Biden stands up to him — and that includes a series of new sanctions, which Putin and his loyalists aren't happy about. But according to Axios reporters Jonathan Swan and Hans Nichols, John Sullivan — the United States' ambassador to Russia — is "refusing to leave" Russia even though the Kremlin has "advised" him to.

Sullivan is a holdover from the Trump era, and so far, Biden has kept him. Now, Swan and Nichols report, the U.S. ambassador to Russia finds himself "at the center of one of the most important early tests of Biden's resolve."

The Axios journalists observe, "Russia's foreign ministry announced Friday it would expel ten American diplomats and bar current officials, such as Attorney General Merrick Garland, from visiting Russia. But the Russians didn't expel Sullivan. Instead, the Kremlin summoned him to meet with a top foreign policy official, Yuri Ushakov, who recommended he go back to Washington for consultations with Biden officials. Sullivan's view, according to people familiar with his thinking, is that if Putin wants him to leave, he'll have to force him."

In contrast to German Chancellor Angela Merkel, U.K. Prime Minister Boris Johnson and French President Emmanuel Macron, Putin was not quick to congratulate Biden after he defeated Trump in the United States' 2020 presidential election. And the Biden Administration's sanctions against Russia, Swan and Nichols observe, were passed in response to "Russian cyber-espionage and interference into U.S. elections."

"In response to the new sanctions," Swan and Nichols explain, "Russia didn't expel Sullivan or make him a 'persona non grata' — 'PNG in diplomatic parlance."

Mike McFaul, who served as U.S. ambassador to Russia under President Barack Obama, told Axios, "If the Kremlin wants to PNG him, that would be a very escalatory move. The last ambassador to be PNG'd from Moscow was George Kennan, by Stalin in 1952. I applaud Ambassador Sullivan for continuing his job."

Although Sullivan, according to Axios' sources, is refusing to leave Russia altogether, CBS News' Melissa Quinn is reporting that the diplomat "will be returning to the U.S. this week to meet with the Biden Administration."

In an official statement released by the U.S. embassy in Moscow, Sullivan said he will be in the U.S. to "speak directly with my new colleagues in the Biden Administration in Washington about the current state of bilateral relations between the United States and Russia." And Sullivan said he will return to Russia in the "coming weeks" before any meeting with Biden and Putin.