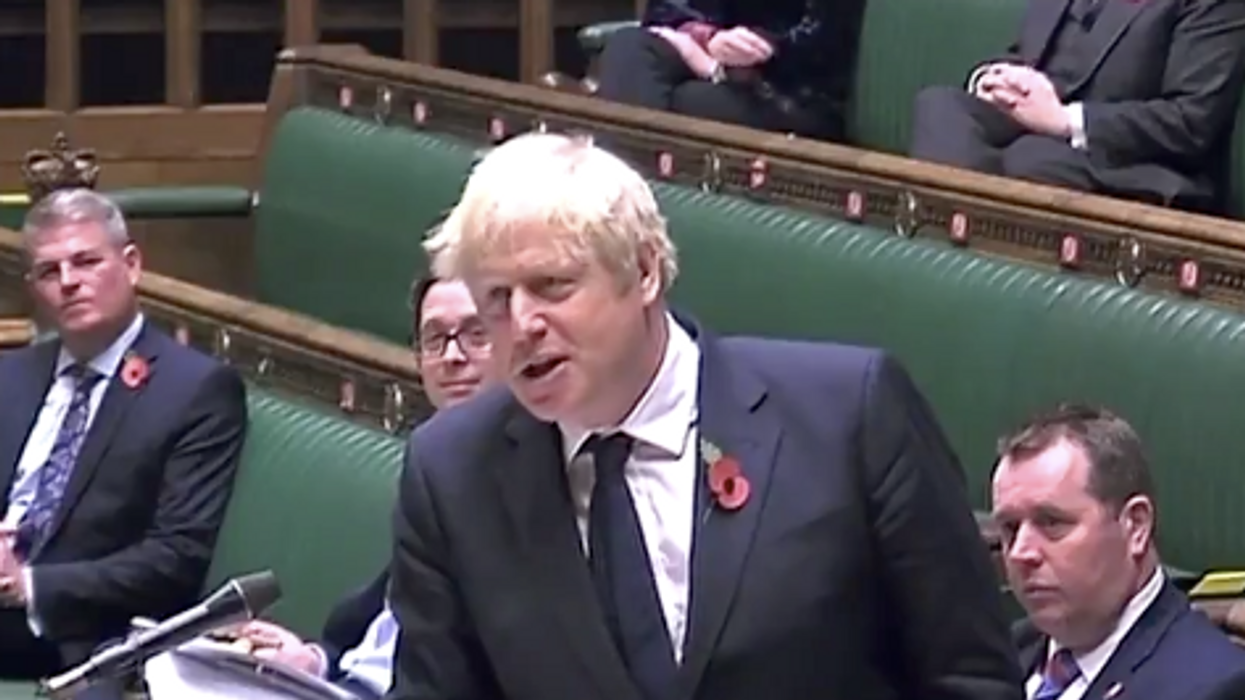 Leaders of major European democracies, including German Chancellor Angela Merkel and U.K. Prime Minister Boris Johnson, have wasted no time congratulating President-elect Joe Biden and Vice President-elect Kamala Harris on their victory over President Donald Trump — and it is clear that Johnson, the leader of the Conservative Party, doesn't buy into Trump's claims that the election was stolen because of voter fraud.

An enthusiastic Johnson, on November 11, told fellow British officials, "one of the many merits of the excellent conversation that I had yesterday with President-elect Joe Biden was that we were strongly agreed on the need, once again, for the United States and the United Kingdom to stand together, to stick up for our values around the world — to stick up for human rights, to stick up for global free trade, to stick up for NATO…. And to work together in the fight against climate change….. It was refreshing, I must say, to have that conversation. I look forward to many more."

Angela Eagle, a member of Parliament and Labour Party politician, stressed that she shares Johnson's enthusiasm for an incoming Biden Administration — telling Johnson and others, "The prime minister spoke for many of us when he took a call yesterday to congratulate President-elect Biden and Vice President-elect Harris on their emphatic win in the U.S. presidential election."

Eagle went on to ask Johnson if he "had any advice" for Trump, whose "continuing refusal to accept the result is both embarrassing for him and dangerous for American democracy." And the Conservative British prime minster responded, "I had and have a good relationship with the previous president…. But I am delighted to find the many areas in which the incoming Biden/Harris Administration is able to make common cause with us."