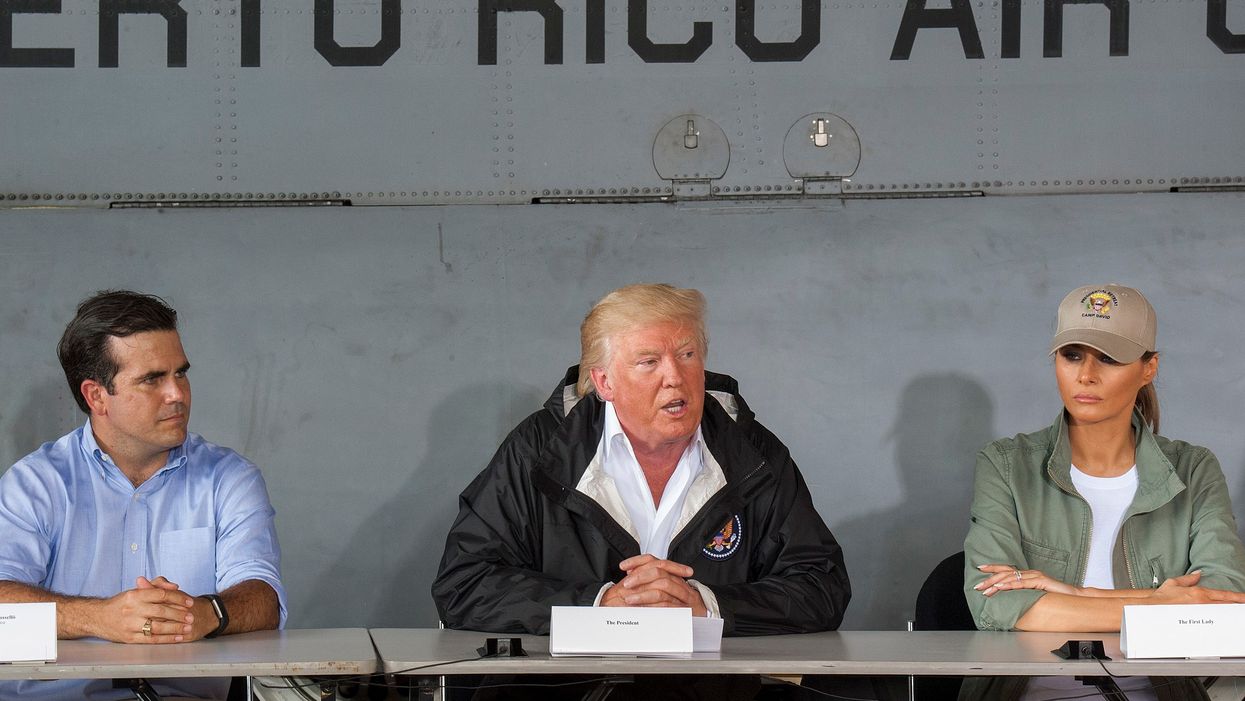 A pair of just-issued reports show just how bad "government" was under Donald Trump. A HUD inspector general's report shows how funds already allocated by Congress to assist in hurricane relief for Puerto Rico were delayed by by a series of Trump officials. A second report from the EPA shows that agency didn't follow its own processes or perform any technical analysis in issuing a rule that supported a Trump executive order. Further, the EPA under Trump seems to have forgotten to take any notes, so that it "did not document who decided to skip these milestones and why."

What the two reports show is agencies being run by people who not only don't have any experience in the critical roles being performed, they were actually inimical to those roles. Now that most of those in charge under Trump are out of office, they're still working to cover up the chaos and deliberate sabotage that happened over the last four years.

In the case of funds for Puerto Rico, The Washington Post reports that during an investigation that began in 2019, access to information was "delayed or denied on several occasions." HUD's own inspector general found it difficult to move forward as senior officials refused to provide requested materials. As a result, the 46-page report is a "still incomplete picture" of why some funds for Puerto Rico never made it to the island, while others were awarded to companies or individuals who had neither the experience or ability to provide necessary services. And it took two years to get that incomplete answer.

Meanwhile, at the EPA, the failure to take notes or follow guidelines doesn't really stop the agency from identifying the single individual behind the reason the EPA failed to even conduct an evaluation of a vital rule that changed fuel efficiency standards. The reason is that former EPA Administrator Scott Pruitt simply decided that no technical review would take place, and that the EPA would sign its name to a change it had no part in either writing or evaluating.

When it comes to getting funds to Puerto Rico, the inspector general's report identifies a series of key changes that got in the way of taking effective action. One of this was months of meetings with the Office of Management and Budget about the rules for releasing grants and who should be eligible to bid. As a result, HUD was blocked from even posting notices to release the funds. OMB was still making changes even as HUD was trying to post those notices, and kept batting back the notices even when HUD thought they were done, making for additional delays.

Hurricane Maria hit Puerto Rico in September 2017. HUD and OMB were still unable to even get much of the relief funding posted by a self-imposed deadline of May 2019. In fact, much of the funding did not become available until January 27, 2020.

And that was just one of the problems. Other funds should not have been affected by these delays, as they weren't subject to the same kind of OMB review that delayed the largest tranche of funds. Except that HUD chose to make them subject to the same negotiations, resulting in the same delays. Even though the funds were then available to distribute through grants, HUD chose that moment to revise the forms needed to apply for grants, and delayed assistance for Puerto Rico even longer while waiting for those new forms to be created.

The inspector general's report does not conclude that this was a deliberate effort to slow walk the money and punish Puerto Rico for being insufficiently grateful for Trump throwing them some paper towels … but it certainly isn't difficult to come to that conclusion. As the Post pointed out, OMB had never previously required any agency grants to go through a review process like the one targeted at funds for Puerto Rico.

The SAFE Vehicles Rule is the rule that sets both the fuel efficiency standards and the emissions limits for passenger vehicles. In 2018, Trump announced that he was raising the limits for cars over the next decade, allowing them to burn more gas and produce more emissions. The rule is jointly controlled by the National Highway Traffic Safety Administration and the EPA, but agencies should have reviewed the science behind the proposed changes.

However, had the EPA reviewed the rule, it would have been forced to detail how much additional gas consumers would use over the 2021-2016 period, and how much additional pollution would result. To avoid this, the EPA used one simple trick: Don't look.

Former EPA Administrator Scott Pruitt decided that the SAFE Vehicles Rule would be based solely on NHTSA modeling and analysis and that NHTSA would draft the majority of the preamble text.

By law, the EPA was supposed to do a separate analysis of how the change would affect vulnerable populations. It didn't. It was supposed to report out a set of Action Development Process milestones showing the progress on evaluating changes to the rule. That got skipped. And all these deviations from the standard process were supposed to be documented. Didn't happen.

What both reports show is that under Trump, agencies felt free to ignore existing process, rules, or laws and simply do things as they wanted. Whether that meant the OMB acting to indefinitely stall funds going to Puerto Rico by insisting on a set of unprecedented reviews, or the EPA deciding to skip all reviews and just sign off on work that never happened, the result was giving Trump what he wanted—and hurting those he wanted to hurt.

And as similar language makes clear in both reports: "Delays and denials of access and refusals to cooperate negatively affected the ability of the [Office of Inspector General] to conduct this review." So we know it was bad. We just don't know how bad it was.