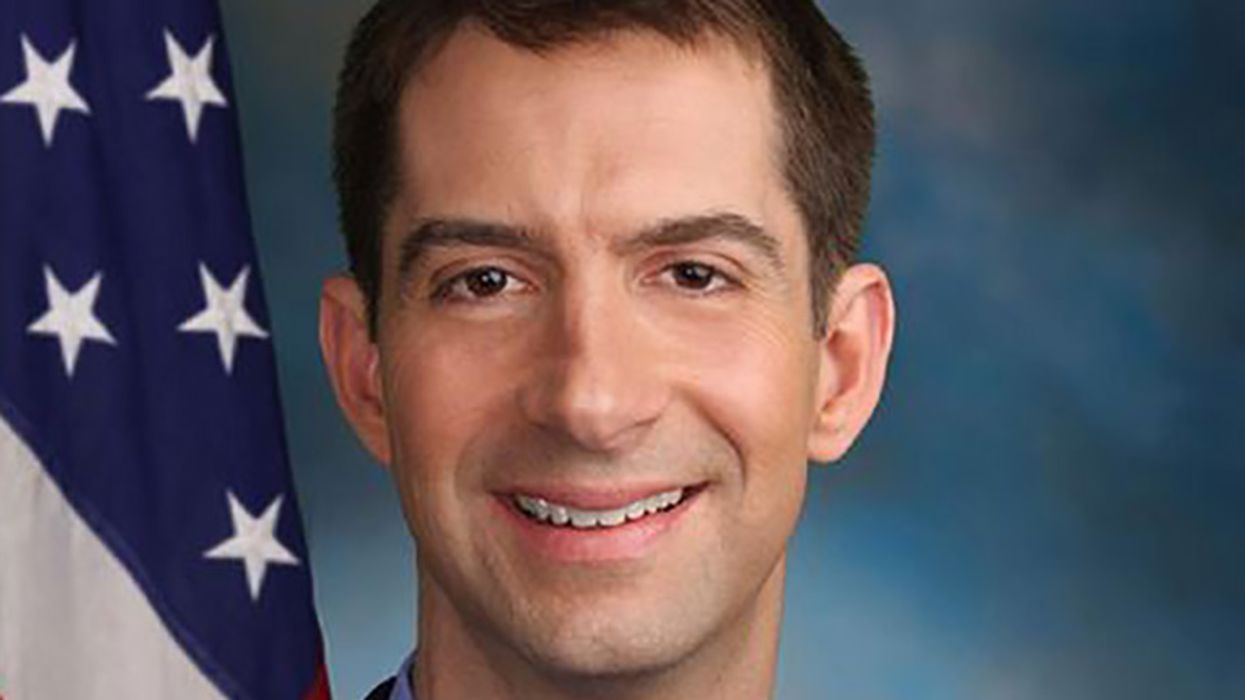 It's a playbook Americans know all too well. Right wing politicians getting elected – or elected to higher office – by promising to bring down crime by arresting the "bad guys." Never mind what some of the causes of some of the crime are: unemployment, poverty, homelessness, lack of resources, inequity, lack of education, and in 2020, a massive global pandemic.

In response to a CNN report titled, "The US saw significant crime rise across major cities in 2020. And it's not letting up," Senator Tom Cotton, Republican of Arkansas and likely 2024 presidential hopeful, just delivered his "solution."

"Lock them up," basically.

"We have a major under-incarceration problem in America," Cotton tweeted Tuesday. "And it's only getting worse."

If there's one thing America is suffering from, it is not "under-incarceration."

America truly has found something to be "number one" at: locking people up.

"The United States is the world leader in incarceration, despite the national incarceration rate being at its lowest in 20 years, with about 25% of the world's prison population being in the US," World Population Review reports, citing data from World Prison Brief. "The United States currently has over 2.1 million total prisoners. The prison population in 1972 was 200,000, almost 2 million less than it is today."

Not only does the U.S. lead the world in per capita incarcerations, but in total number of people behind bars. The U.S. has less than one-quarter of the population of China, yet has more people in jail than the world's most populous nation.

Cotton, who is the second-most far right Republican in the U.S. Senate and ranked below-average in leadership, literally offered not a single solution to the ills that plague the nation. Out of 26 votes this year, Cotton has voted no 23 times – against every Biden initiative or nomination but three.

Today he was scorched on social media:

If Tom Cotton is trending, you know it’s because he said another racist, ignorant or false thing. In this case, all… https://t.co/vlMEjQUYjB
— Rochelle Cortez (@Rochelle Cortez)1617735028.0

I mean, we all know that Tom Cotton is a blood-thirsty fascist. But to say that we have an "under-incarceration pr… https://t.co/bbbviwTBxT
— Erick Fernandez (@Erick Fernandez)1617732284.0

Just an FYI to that freak of nature Tom Cotton, we are the only country in the entire world that sentences juvenile… https://t.co/zHnhpE878G
— loud dame (@loud dame)1617731809.0

And let's not just talk about incarcerating less. This shouldn't be a debate about how we incarcerate far too many & that Tom Cotton is a carceral sociopath who loves torturing people.

Let's use this an opportunity to continue fighting for a future where we incarcerate none.
— Scott Hechinger (@ScottHech) April 6, 2021