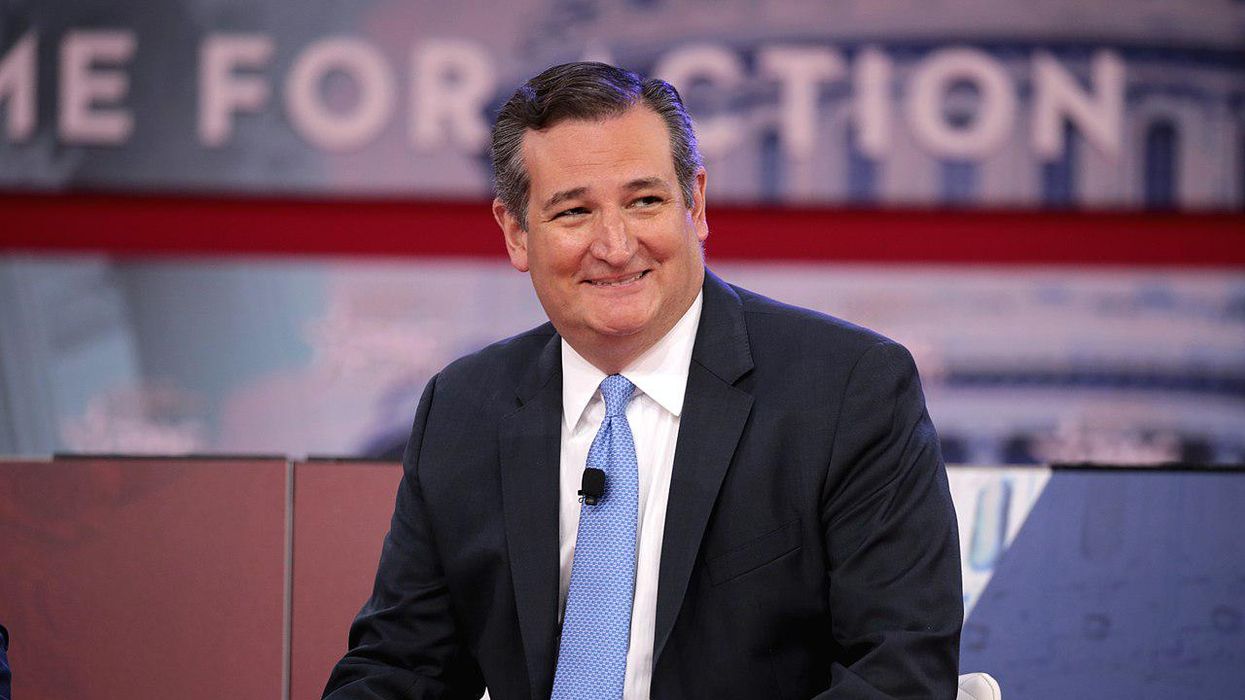 Sen. Ted Cruz of Texas, like many other far-right Republicans, has been railing against corporate America for what he sees as promoting "woke" liberalism and has been tweeting "get woke, go broke" — a phrase that has become popular on the far right. Cruz, in a Wall Street Journal op-ed published on April 28, warned corporations, "When the time comes that you need help with a tax break or a regulatory change, I hope the Democrats take your calls, because we may not. Starting today, we won't take your money either." And the Washington Post's Philip Bump, in an article published the following day, stresses that Cruz has said something that many other politicians are reluctant to come out and say.

Bump explains, "A senator is not only suggesting that he may ice out an affected constituency when developing policy, but also, that he understands that both access and contributions can be used as leverage against them. It's like the guy who runs the sausage factory taking out an ad on television to ensure everyone knows the manufacturing process."

Railing against large corporations is a recent trend among Republicans, who for many years, defended them vigorously. But the Republican Party took a pseudo-populist turn with Donald Trump's presidency, which brought Patrick Buchanan's ideas — a combination of far-right nativism, protectionism and isolationism — to the forefront of the GOP. And Cruz is among the Republicans who has been attacking corporations for speaking out against the voter suppression bills that members of his party have been pushing in Texas, Arizona and many other states. Georgia's so-called Election Integrity Act of 2021 has been vehemently criticized by Delta Airlines, Coca-Cola and other major companies based in the Peach State.

"It's important to recognize that some of the motivation for the corporate response to the Georgia law and the attempt to upend the 2020 presidential election — that Cruz also supported and that led to some corporations halting their contributions to him — is a simple capitalist calculation," Bump observes. "Younger Americans skew heavily Democratic and embrace corporate activism. Businesses that want young people as customers at times see politics as a way to build that loyalty."

Bump continues, "What's more, the working-age population itself skews more heavily Democratic. If we roughly combine data on the distribution of the workforce by age with the 2020 presidential exit polls, it suggests that workers tend to be more than five points more Democratic than Republican. This makes sense, given how much more Republican older Americans are."

Obviously, major companies like Delta, Coca-Cola and Texas-based Dell Computers aren't being totally altruistic when they criticize voter suppression laws that are designed to make it harder for African-Americans to vote. African-Americans buy Dell laptops, book flights on Delta and purchase smartphones made by Apple — and corporations, mindful of their bottom line, know that, which is why they sometimes do the right thing for selfish reasons.

"If workers skew more heavily Democratic, companies will often listen," Bump notes. "Combine that with a corporate leadership that itself is more likely to skew left than in years past, and you get a business community that's less interested in aligning overwhelmingly with the GOP than it had been in the past…. I still think it's the case that policy influence happens one-on-one, but the senator does make a compelling counterpoint."