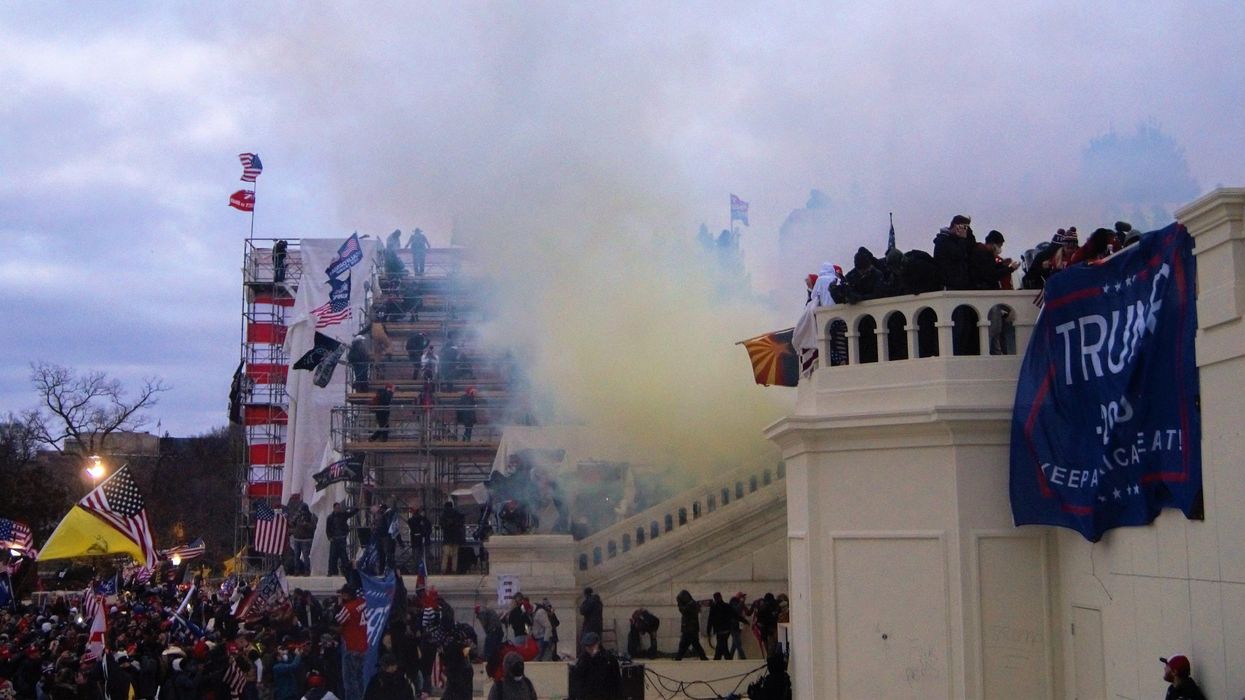 On January 6, 2021 — a date that will live in infamy, to borrow President Franklin Delano's Roosevelt's words describing the December 7, 1941 Pearl Harbor attack — insurrectionists from all over the United States visited Washington, D.C. to attend then-President Donald Trump's "Stop the Steal" rally. Some of them later became part of the mob that violently attacked the U.S. Capitol Building in the hope of preventing Congress from certifying now-President Joe Biden's Electoral College victory over Trump. Others did not participate in the Capitol attack, and according to Daily Beast journalists Kelly Weill and Larrison Campbell, that includes some far-right MAGA Republicans who are now running for office.

In an article published by the Beast on April 29, Weill and Campbell explain, "From Nebraska to New Jersey, attendees of the now-infamous rally that became a riot are campaigning for elected office."

One of those Republicans is Charles Herbster, who is seeking the GOP nomination in Nebraska's 2022 gubernatorial race.

According to Weill and Campbell, "On January 5, Charles Herbster claims, he was at Donald Trump's Washington, D.C., hotel with the president's two adult sons, discussing ways to pressure Congress out of certifying Joe Biden's victory. On January 6, he attended a pro-Trump rally that later led to an attack on the U.S. Capitol. On Monday, Herbster announced his candidacy for governor of Nebraska."

These aspiring politicians went to the DC "Stop The Steal" rally, with one even going inside the Capitol. Meet the… https://t.co/yEh1wCKGLE
— Kelly Weill (@Kelly Weill)1619701805.0

Another participant in the Stop the Steal rally was Marie March, who won a recent GOP primary for Virginia's 7th House of Delegates District. March has said that she never entered the Capitol Building on January 6. But Jason Howland, who is running for a seat in the Michigan House of Representatives, "was spotted in the throng pushing its way up the Capitol steps," according to The New Yorker. Howland co-founded a far-right militia group called the American Patriot Council, and some of its members were allegedly involved in the plot to kidnap Michigan Gov. Gretchen Whitmer.

Weill and Campbell report, "As Howland and the mob reportedly pushed past officers under the bleachers, videos appear to show his APC co-founder Ryan Kelley, who is running for governor of Michigan, in sunglasses and a black and white American flag cap, filming on his phone as rioters shouted, 'We're in! We're in!' In March, Kelley admitted to Michigan Live, which ID'd him in multiple videos, that he was in Washington that day to back Trump and referred to an event that day as 'energizing.'"

However, during an April 28 interview, Kelley told the Beast, "I never entered the Capitol, that is accurate."

Rodericka Applewhaite, senior communications adviser for the Michigan Democratic Party, discussed Howland and Kelley's actions of January 6 and their political campaigns with the Beast, saying, "Normally, that would be something that's disqualifying, but in this race, it seems to be something in the plus column. Maybe the fringe candidates are the moderates in the Republican Party."