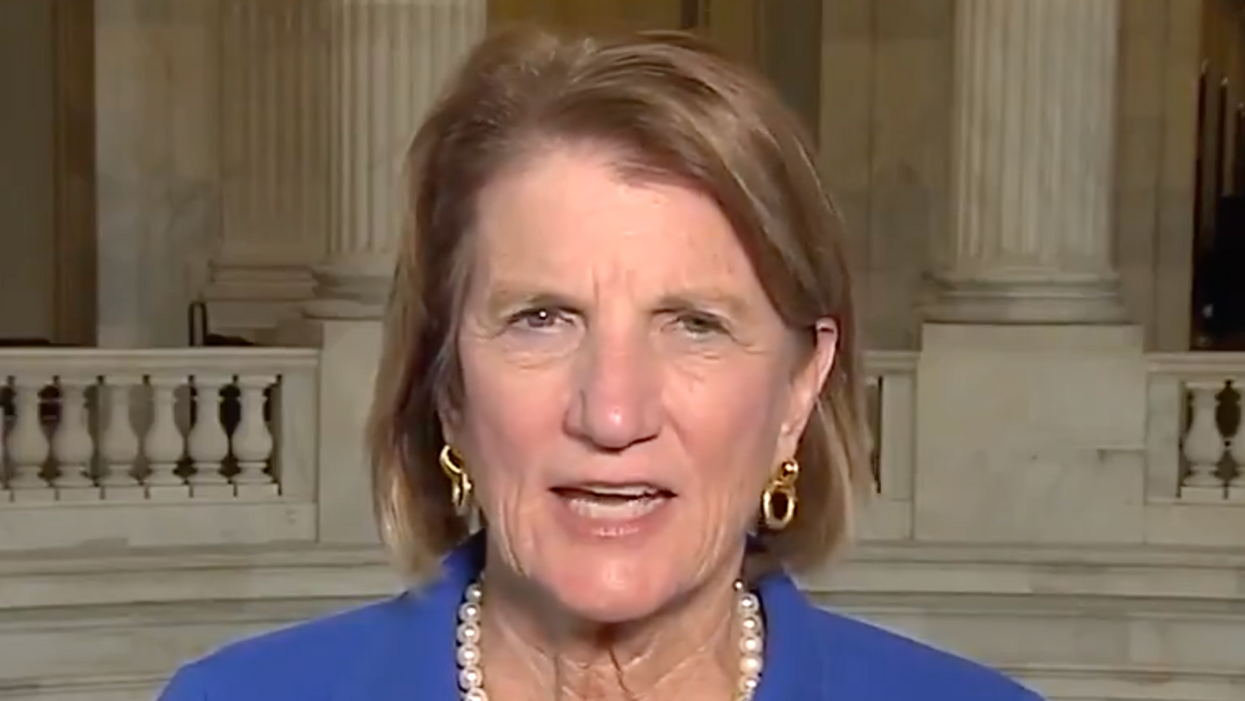 Some Republican senators insist that they want to compromise with President Joe Biden as he tries to enact his agenda. But either they don't really mean it, or they don't understand the basics of negotiation.

Take Sen. Shelley Moore Capito, the Republican from West Virginia. After Biden introduced his multi-trillion dollar proposal for an infrastructure and jobs package, she began pushing a pared-down alternative. On Wednesday, she suggested that a bipartisan deal on infrastructure would be a third or less the size of Biden's plan — between $600 and $800 billion. She would cut major Biden priorities from the bill, such as spending on senior care, and she would impose taxes on drivers rather than corporations, as the president has proposed. Oh, and she'd cut funds from Biden's previous spending package to help fund the second one.

And in an interview with PBS Newshour, she explained her thinking about how to negotiate with the president on this front — showing why she's unlikely to make any progress:

"I think you see a little bit of tiptoeing on our part in terms of how aggressive is the White House actually going… https://t.co/k6Igm6OQgn
— PBS NewsHour (@PBS NewsHour)1618441983.0

She discussed the failed attempts to reach a bipartisan compromise on the president's American Rescue Plan passed by Congress in March. Ten Senate Republicans visited the White House to push a similar compromise — cutting Biden's $1.9 trillion for pandemic relief down to $600 billion — but the president ultimately didn't bite. The Democrats ended up enacting a law quite similar to the original Biden plan.

"I was in the meeting with the group of ten, and the president was very engaged in that meeting, and very much pledging to, again, come together in an area that we've had great consensus on, which was Covid relief. But the next day, you know, Leader Schumer is talking about reconciliation, which is a nonstarter for all of us Republicans, I think for the most part," she said. "So we did feel — I wouldn't say burned, I would say, lessons learned here. So I think you see a little bit of tiptoeing on our part in terms of how aggressive is the White House actually going to negotiate."

She continued: "And I always thought that when you negotiate, you come from two different positions, and both people move. That didn't happen. We moved as a group of Republicans. The president never moved and basically left us in the dust."

Her recount of the recent history is accurate, but it doesn't seem she actually learned the lesson of the events. There's a clear reason why Biden didn't move toward the GOP position on Covid relief: Republicans didn't give him anything of value.

In a negotiation, both sides bring something to the table that the other one wants; often they both have to give up something that they would prefer to have to reach an agreement. But critically, the only thing Republicans offered Biden of value in the Covid negotiations was (potentially) their own votes. Their proposal was just to make his proposal smaller – and from his point of view, worse. And since they weren't needed to pass the bill, compromise wasn't of much value to Biden. He probably would have preferred to have their votes than not, but they weren't worth trading away two-thirds of a bill that he thought was good for the country and good for his own political standing. He might have been willing to knock $100 or $200 billion off the total price tag if he could sell it as a bipartisan win, but no Republicans would have been willing to vote for that compromise.

But the Republicans don't seem to get this at all. They just think Biden should want to compromise for the sake of compromising with them. Despite his appeals to the importance of unity, though, there's not much incentive for Biden to weaken his policies to compromise — especially when his proposals poll well with a large majority of the American public. In some ways, he might even be better off if popular legislation is depicted as solely the product of his own party.

If Republicans really wanted to compromise, they'd need to give Biden something of significant value that he can't get without them. That means compromising on policies that won't pass through budget reconciliation, such as immigration reform. But Republicans actually don't even care enough about limiting Biden's spending bills to make any policy concessions on other issues. So they're not really serious about negotiating either.

There's perhaps an even more fundamental problem in the hunt for compromise: Republicans aren't trustworthy negotiation partners. This is a point Senate Majority Leader Chuck Schumer has made about the lessons from the Obama era. Democrats spent so much time trying to reach deals with Republicans, only to have the rugged ripped out from under their feet at the last minute. It was an enormous waste of time and energy, and it likely impeded their ability to make significant progress. It was also quite likely an intentional tactic on the Republicans' part to obstruct the Obama agenda.

If Biden really did pursue a path of trying to negotiate with people like Sen. Capito, he'd probably find history repeating itself. There's no reason to believe she'd actually vote for a $600 billion infrastructure bill in the end if Biden agreed to it — she'd probably find some excuse to oppose it, and the Democrats would realize they'd truncated their own ambitions for no good reason.

The GOP senators haven't taken any serious strides to restore the trust that has broken down between the parties in recent years. And that's just another sign that they're not serious about negotiating, or they've forgotten how to do it, if they ever knew.