The wave of GOP voter suppression bills is a direct result of Trump’s deceptive 'Stop the Steal' campaign: analysis 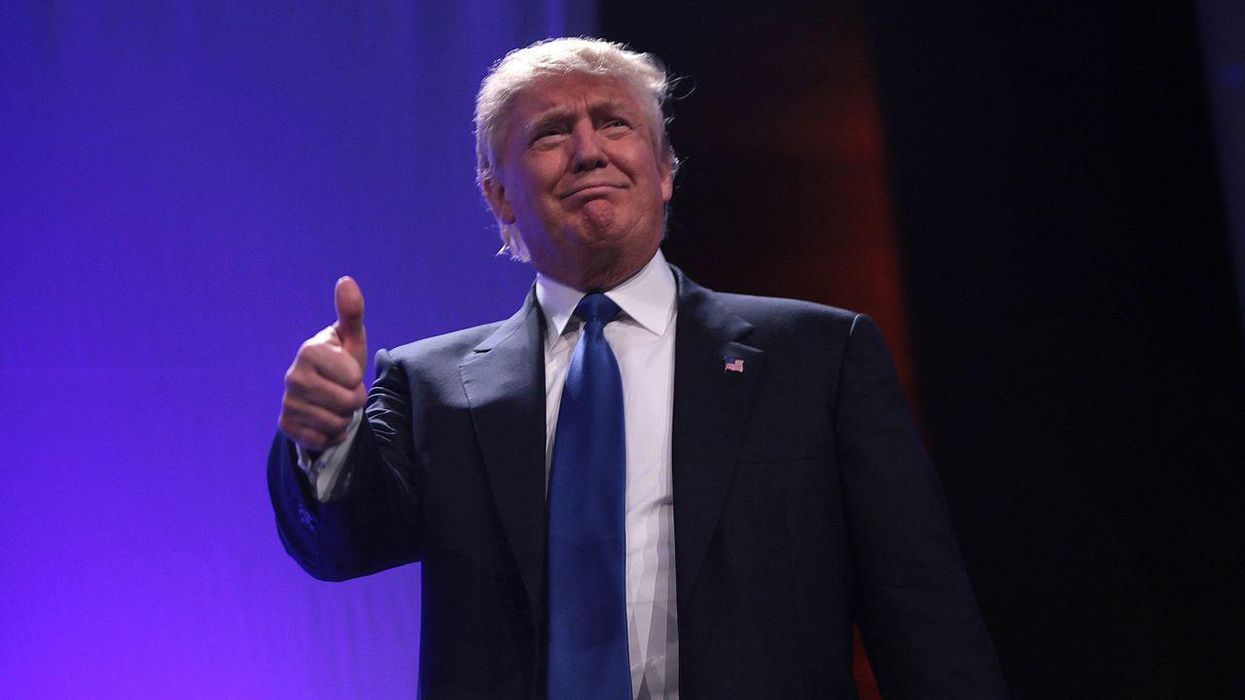 Although former President Donald Trump's deceptive "Stop the Steal" campaign was ultimately unsuccessful — President Joe Biden and Vice President Kamala Harris were inaugurated on January 20 — that hasn't stopped Republicans from trying to disenfranchise Democratic voters. All over the United States, Republicans in state legislatures are aggressively pushing voter suppression bills. And journalist Tom McCarthy, in an article published by The Guardian on April 7, emphasizes that these bills are the direct result of "Stop the Steal."

McCarthy explains, "The slogan was 'Stop the Steal,' a tendentious reference to Trump's big lie about the November election result. And the policy behind it was aggressive voter suppression, targeting people of color, urbanites, low-income communities and other groups whose full participation in future elections is seen by Republicans as a threat."

The GOP's voter suppression efforts certainly didn't start in 2021 or 2020. Republicans pushed their share of voter suppression bills during the Obama years, although that didn't prevent President Barack Obama from being reelected in 2012. But in 2021 — with Democrats in control of the White House and both branches of Congress — Republicans are becoming even more aggressive about it.

Author Lincoln Mitchell told The Guardian, "What's different now is the absolute overt nature of this. In fairness to the Republicans, voter suppression has a long history in the United States that is not located in one party, but it's located in one ideology — and that ideology is White supremacy…. It is only in the last 40ish years that it has become a Republican issue."

McCarthy notes that from Trump to Arizona State Rep. John Kavanaugh, Republicans are making it clear that they want fewer non-White Americans to vote. And Sylvia Albert, elections director of Common Cause, slammed the GOP-sponsored voter suppression bills of 2021 as "shameless partisan efforts to silence us."

Albert told The Guardian, "It's not a coincidence that these bills are being introduced after a free and fair and secure election with record turnout. Americans exercised their right to vote, and in response, these politicians are saying, 'Actually, we didn't really want you to vote.'"

Of course, it would be illegal if the voter suppression bills being sponsored by Republicans came right out and admitted that their goal is to discourage Blacks from voting. But Quentin Turner, Common Cause's program director in Michigan, warned that regardless of what Republicans say, discouraging African-American voter turnout is their goal — and he pointed to a Michigan bill that would limit access to absentee ballot drop boxes after 5 p.m. as an example.

Turner told The Guardian, "A lot of working-class people in Michigan, in Detroit especially, may not be out or done with their day by 5 p.m. So, they may not be able to go to a drop box that's close to them. While it doesn't specifically say in the bill that it's targeting Black and Brown voters, the nature of the specifications of the prohibition would have a larger adverse impact in those communities."