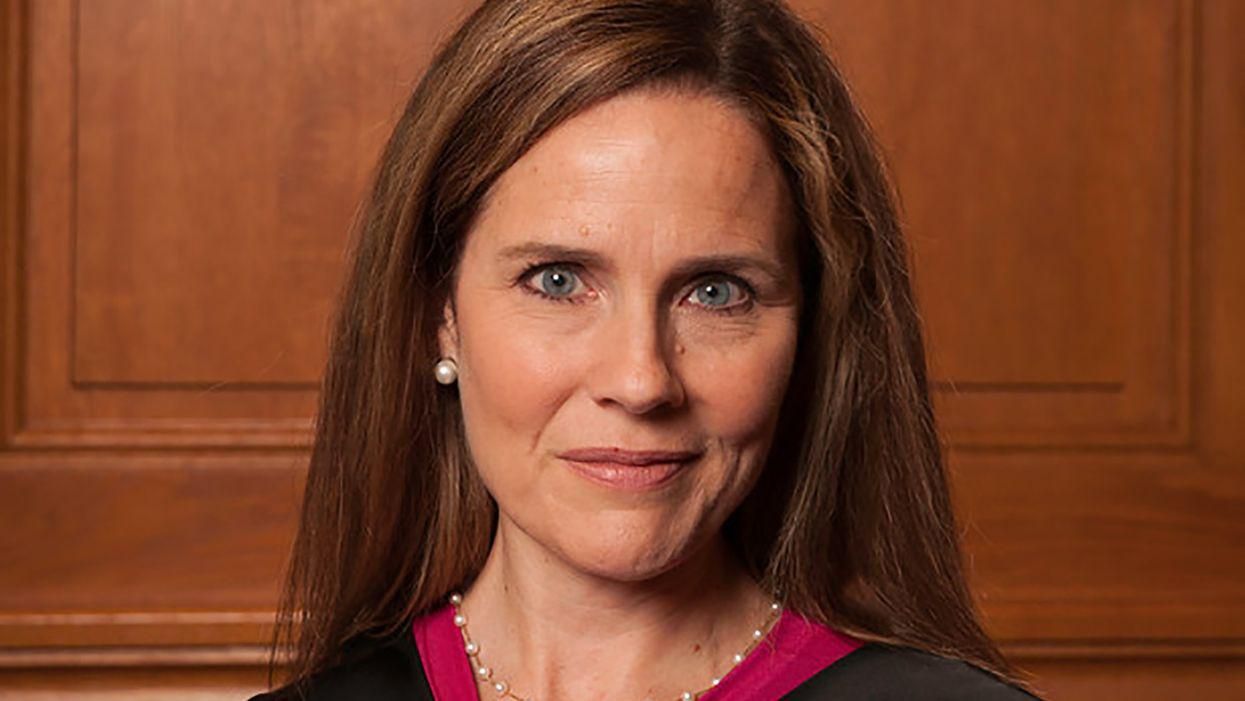 Last week, four Democratic lawmakers from both chambers of Congress introduced legislation to add four seats to the Supreme Court. Reps. Jerrold Nadler of New York, Hank Johnson of Georgia, and Mondaire Jones of New York joined Sen. Ed Markey of Massachusetts on the Judiciary Act of 2021. It's a simple bill amending the statute that currently sets the number of justices at 9, to read that the court shall consist of "a Chief Justice of the United States and twelve associate justices, any eight of whom shall constitute a quorum." The number of justices on the Supreme Court isn't a constitutional thing, it's statutory, with Congress being able to change it.

Whether Congress will do it is far from certain. For her part, House Speaker Nancy Pelosi flatly opposes it, and has no plans to bring it to the floor. That's despite the fact that it's coming from the chair of the Judiciary Committee, Nadler. That leaves Pelosi very fairly open to the criticism from progressives and voiced most clearly by The Nation's Elie Mystal.

"I'd love to critique Pelosi's policies on Supreme Court reform, but she offers me none to critique," Mystal writes. She promised that she'd launch an investigation into the many outstanding questions and ethics concerns about Brett Kavanaugh, but hasn't done it. She blasted Trump's "Supreme Court manipulation" in pushing the confirmation of Amy Coney Barrett while people were voting in the 2020 presidential election, saying it "threatens the very values and rights that define and distinguish our nation," but now is refusing to even consider the means before her right now to address it, "without even bothering to tell people why" as Mystal says.

"The establishment wing of the Democratic Party seems to be practicing the most cynical form of politics," Mystal writes. "They want to complain about the issue, not solve the problem." Mystal is including President Joe Biden in that criticism, pointing to the fact that his answer to the crisis of a Supreme Court packed by Donald Trump with unqualified ideologues has been to create a commission to study the problem.

A huge part of that problem is the six conservatives, five of whom were appointed by Republican presidents who lost the popular vote. They were confirmed by Republican senators who currently represent just 43.5% of the U.S. population. Only once in the past three decades have Republicans in the Senate gained at least 50% of the population in an election, in 1996.

That's a problem. So is the blatant participation in right-wing politics by at least one of those conservative justices, Clarence Thomas who is in cahoots with his activist wife Virginia "Ginni" Thomas on extremist issues. As Laura Clawson explained, "She takes in dark money contributions to her Tea Party-connected nonprofit, Liberty Central, and organizes Republicans on exactly the kind of issues that often reach the Supreme Court. He sits on the Supreme Court and never recuses himself as justices are called on by federal law to do in certain situations, including ones where their spouses have financial interests."

The court has a serious problem with legitimacy even without Thomas's blatant lack of ethics. It's got three brand-new justices appointed by the guy who just tried to get his mob to overthrow the government. One of whom, Neil Gorsuch, has to have an asterisk by his name because he's in a seat that Mitch McConnell stole for him. The second, Kavanaugh, is still credibly accused of sexual assault—those allegations were never properly investigated or resolved. There's also the part where hundreds of thousands of dollars of debt evaporated for him in the months before he got that nomination from Trump.

Then there's Amy Coney Barrett, elevated to the high court just three years after Trump put her in her first judging job, on a powerful appeals court. She, by the way, just signed a book deal with conservative Sentinel publishing with a cool $2 million advance. Nice work if you can get it. She'll be writing "about how judges are not supposed to bring their personal feelings into how they rule, according to three publishing industry sources." Based on her three-and-a-half-years of experience being a judge.

Setting all that aside, the court's legitimacy is coming under question on the basis of its actual rulings, when the far-right has a solid hold and conservative Chief Justice John Roberts is finding himself on the outs in majority opinions, including whether COVID-19 restrictions have violated religious freedom. "In the most recent decision, issued late in the evening April 9 and halting enforcement of certain California Covid-19 restrictions, Roberts' loss of control over his court, at least as to this issue, was signaled in the way he handled the loss: Unlike the opinions issued by the majority or the three more liberal justices, Roberts' vote was announced with a single sentence: 'The chief justice would deny the application,'" writes law journalist Chris Geidner.

There is precious little integrity in this court to protect, if that's what Pelosi and Biden are thinking. There's also little hope that the conservative activists who got these justices on the court aren't going to capitalize on it by challenging most of Biden's policies. After all, they're still fighting the Affordable Care Act. This has been the long game of the extremists—achieved by McConnell. Put a federal judiciary, and particularly a Supreme Court, in place to roll back all of the progress the nation has made in past decades from voting and civil rights to environmental and consumer protections to health care and reproductive rights. That's the entirety of their agenda, stopping anything good from happening and undoing as much of past progress as possible.

Considered in opposition to that, balancing the court with the addition of four qualified and experienced judges is the most reasonable and modest reform imaginable.