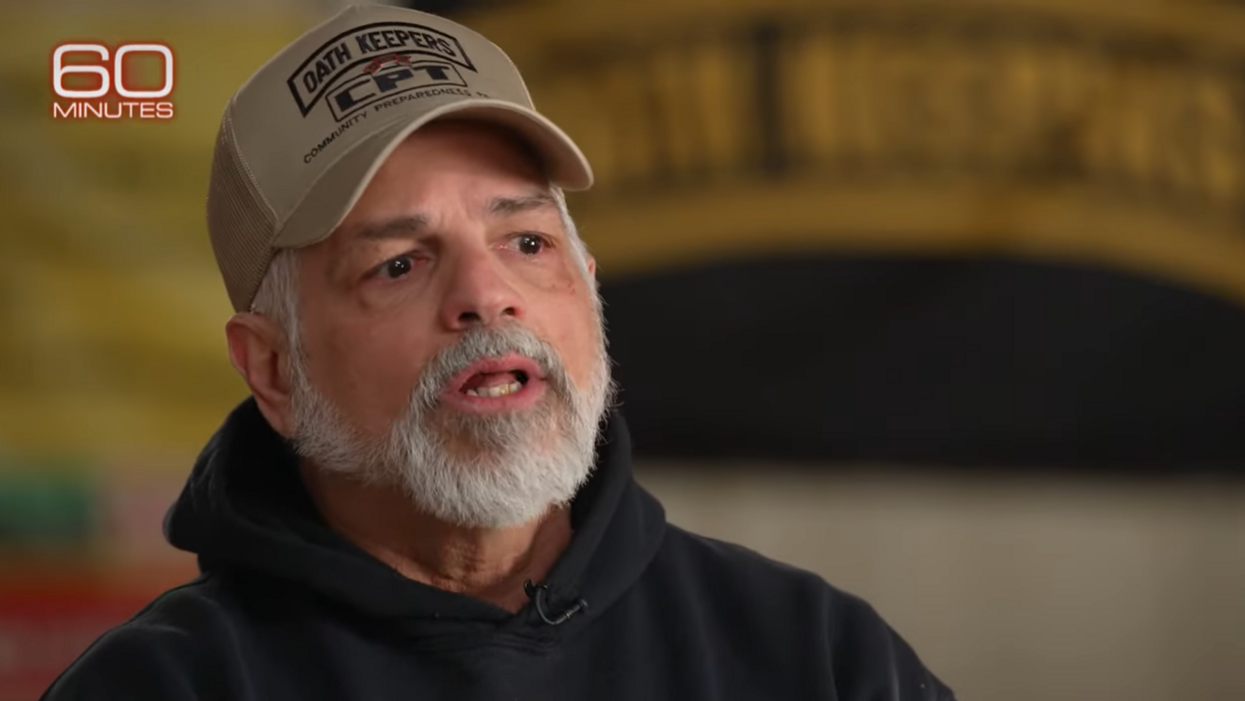 In an interview with "60 Minutes" Sunday evening, Oath Keepers leader Jim Arroyo revealed that active-duty law enforcement is part of their movement and helping with militia training.

"Our guys are very experienced. We have active-duty law enforcement in our organization that are helping to train us. We can blend in with our law enforcement," he said.

Javed Ali, Towsley Policymaker in Residence at the Gerald Ford School of Public Policy, formerly served as a former NSC senior director and was a counterterrorism official at the FBI under the Trump administration. Speaking to CBS News, he explained that the Oath Keepers is "unique."

"Beyond the fact that they are a formal group with chapters all over the country, is that a large percentage have tactical training and operational experience in either the military or law enforcement," the domestic terrorism expert said. "That at least gives them a capability that a lot of other people in this far-right space don't have."

In August 2020, Michael German is a former FBI special agent who penned several reports on U.S. law enforcement failing to control the right-wing terrorists in their ranks. According to his findings, law enforcement officials are increasingly tied to racist militant activities in more than a dozen states since 2000. Updated research has revealed things are much worse.

As Americans are growing increasingly concerned about police brutality and police shootings of unarmed people of color, the conversation about the white supremacists flocking to law enforcement are an even greater concern.

PBS reported in 2016 that ten years prior, the FBI warned of the problem. Since then, little has changed.

In Feb. the New Yorker reported on associate professor Vida B. Johnson, at Georgetown Law, who "authored a paper in 2019 that included a list of more than a hundred police departments in forty-nine states that have faced scandals over racist texts, e-mails, or public social-media posts by officers just since 2009. Johnson proposes that, if police officers have a history of racist speech or behavior, or are known to belong to hate groups, this information should, in cases that involve the testimony of those officers, be disclosed to the defense, under the Brady doctrine, which requires prosecutors to share information that might be exculpatory or show witness bias. The credibility of a known racist cop can, in some cases, be attacked on those grounds, as O. J. Simpson's defense team memorably showed."

Given police and sheriff's departments are governed largely by state, county and local communities, implementing national standards would likely be seen as a federal overreach. So, it leaves it up to local entities to police their police.

See the segment on "60 Minutes" below: