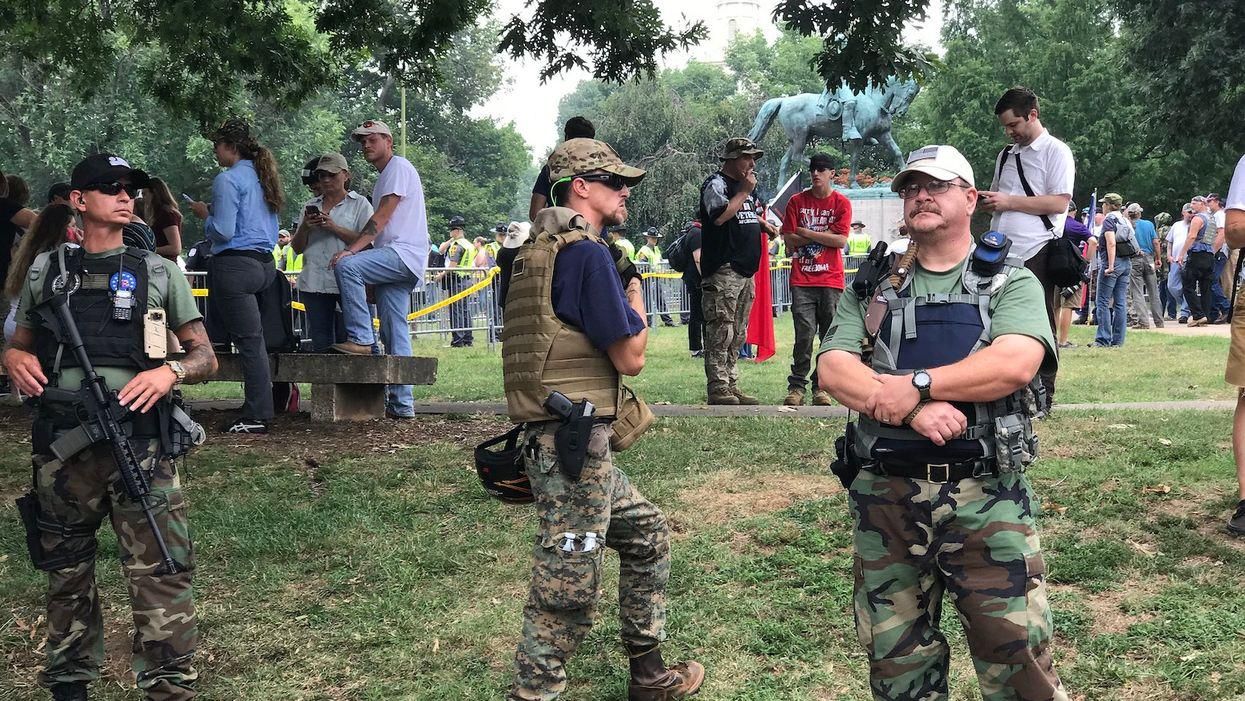 As more than a dozen alleged members and associates of the Oath Keepers militia group face charges for their involvement in the insurrection on the U.S. Capitol, investigators are continuing their probe into the group's sordid history. The extremist group's leader Stewart Rhodes is also at the center of the investigation.

According to NPR.org, prosecutors have noted that members of The Oath Keepers were allegedly part of the angry mob that stormed the U.S. Capitol on Jan. 6. Rhodes reportedly perpetuated former President Donald Trump's claims about the election being stolen from him. In fact, days after President Joe Biden was announced as the winner of the election, Rhodes attended a localized "Stop the Steal" rally in Virginia.

"What do you have right now if nothing but a communist insurrection intent on overthrowing our Constitution?" he said. Rhodes also described Biden as a "'Chinese communist party" as he urged Trump to "use the U.S. military to put down the alleged communist-globalist insurrection."

While Rhodes is currently a key person in the investigation, he is currently not facing charges. He was present at the U.S. Capitol the day of the insurrection but it is unclear whether or not he actually entered the federal building. According to court documents, Rhodes—identified as Person One—reportedly maintained contact with a number of individuals facing charges in connection to the Capitol riots.

Based on the evidence presented thus far, the publication notes that it appears prosecutors could have a potential case against Rhodes. Former federal prosecutor Tom Firestone weighed in on the details of the investigation.

"They're saying in a public filing that he participated in communications showing that they were actively planning to use force and violence, so if they've got that evidence, that seems to me pretty strong evidence on which to charge him," said Tom Firestone, a former federal prosecutor.

Rhodes may not be facing charges as of yet, but it appears he is aware of the investigative probe. During his appearance in Laredo, Texas last month, Rhodes argued that the U.S. government "was persecuting his group for its political beliefs." However, he denied any all speculation about Oath Keepers planning a premeditated attack on the federal building.

"We were there to protect Trump supporters from Antifa," he said. "That's why my guys were wearing helmets and body armor and goggles."