How non-religious voters became a key part of Trump's downfall 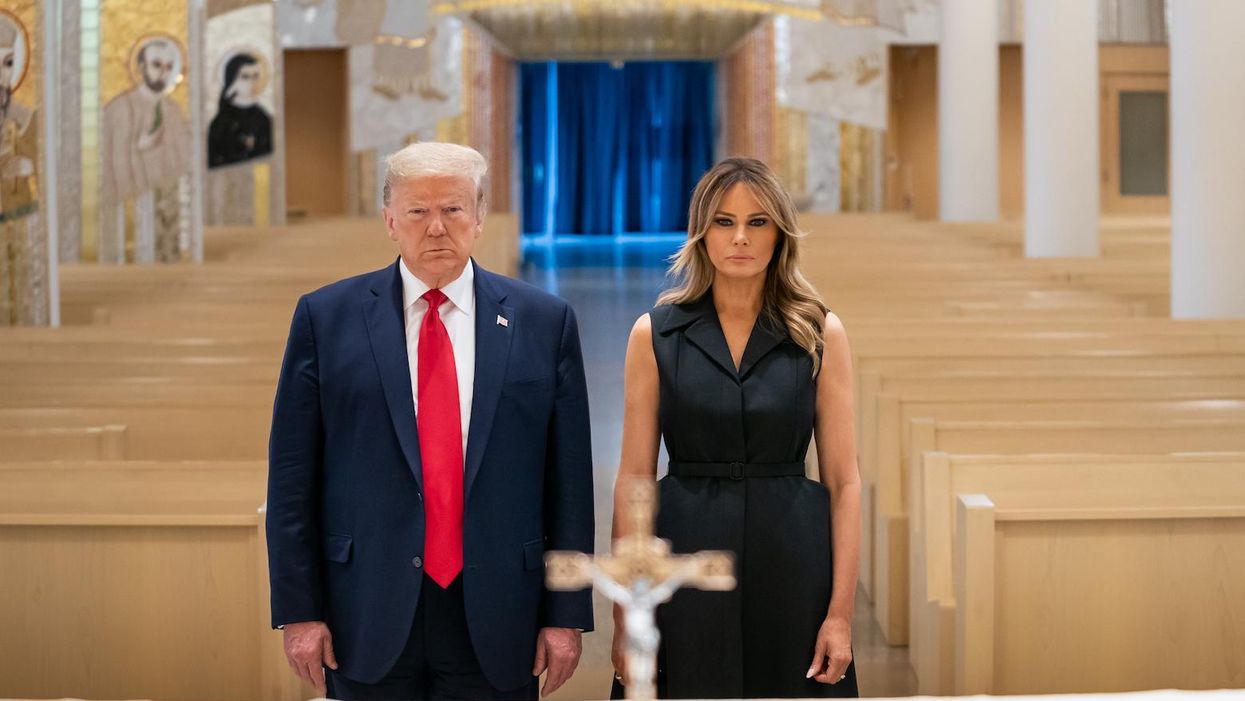 For all the predictions and talk of a slump in support among evangelicals, it appears Donald Trump's election loss was not at the hands of religious voters.

As an analyst of religious data, I've been crunching data released in March 2021 that breaks down the 2020 U.S. presidential election results by faith. And by and large there was very little notable change in the vote choice of religious groups between 2016 and 2020 – in fact, for most faiths, support for Trump ticked up slightly. Instead, it was among those who do not identify with any religion that Trump saw a noticeable drop.

Despite exit poll data initially pointing toward a drop in white evangelical support for Trump in 2020, the latest data shows this not to be the case. The data is based on the Cooperative Election Study, which has become the gold standard for assessing vote choice because of its sample size and its ability to accurately represent the voting population of the United States.

In fact, with 80% of white evangelicals backing Trump in 2020, support actually ticked up from the 78% who voted for him four years earlier. Trump also saw two-point increases in the vote of nonwhite evangelicals, white Catholics, Black Protestants and Jews compared with four years ago.

These differences are not statistically significant, and as such it would be wrong to say it definitively shows Trump gained among religious groups. But it indicates that among the largest religious groups in the U.S., voting patterns in the November 2020 vote seemed to hold largely steady with four years earlier. Trump did not manage to win significantly larger shares, nor was winner Joe Biden able to peel away religious voters from the Trump coalition.

However, there are some interesting and statistically significant trends when you break down the data further. Nonwhite Catholics shifted four points toward Donald Trump. This fits with what we saw in places like the heavily Hispanic and Catholic Miami-Dade County, Florida, where Trump's overall vote share improved from 35% to 46% between 2016 and 2020.

Trump also managed to pick up 15 percentage points among the Mormon vote. On first glance this would appear a large jump. But it makes sense when you factor in that around 15% of the Mormon vote in 2016 went to Utah native and fellow Mormon Evan McMullin, who ran in that year's election as a third-party candidate. Without McMullin in 2020, Trump picked up Mormon voters – as did Joe Biden, who did slightly better than Hillary Clinton had among Mormons.

There is also some weak evidence that the Republican candidate picked up some support among smaller religious groups in the U.S., like Hindus and Buddhists. Trump increased his share among these two groups by four percentage points each. But it is important to note that these two groups combined constitute only about 1.5% of the American population. As such, a four-point increase translates to only a very small fraction of the overall popular vote.

What is clear is that Trump lost a good amount of ground among the religious unaffiliated. Trump's share of the atheist vote declined from 14% in 2016 to just 11% in 2020; the decline among agnostics was slightly larger, from 23% to 18%.

Additionally, those who identify as “nothing in particular" – a group that represents 21% of the overall U.S. population – were not as supportive of Trump in his reelection bid. His vote share among this group dropped by three percentage points, while Biden's rose by over seven points, with the Democrat managing to win over many of the “nothing in particulars" who had backed third-party candidates in the 2016 election.

Looked at broadly, Trump did slightly better among Christians and other smaller religious groups in the U.S. but lost ground among the religiously unaffiliated. What these results cannot account for, however, is record turnout. There were nearly 22 million more votes cast in 2020 than in 2016. So while vote shares may not have changed that much, the number of votes cast helped swing the election for the Democratic candidate. A more detailed breakdown of voter turnout is due to be released in July 2021 by the team that administers the Cooperative Election Study; that will bring the picture of religion and the 2020 vote into clearer focus.