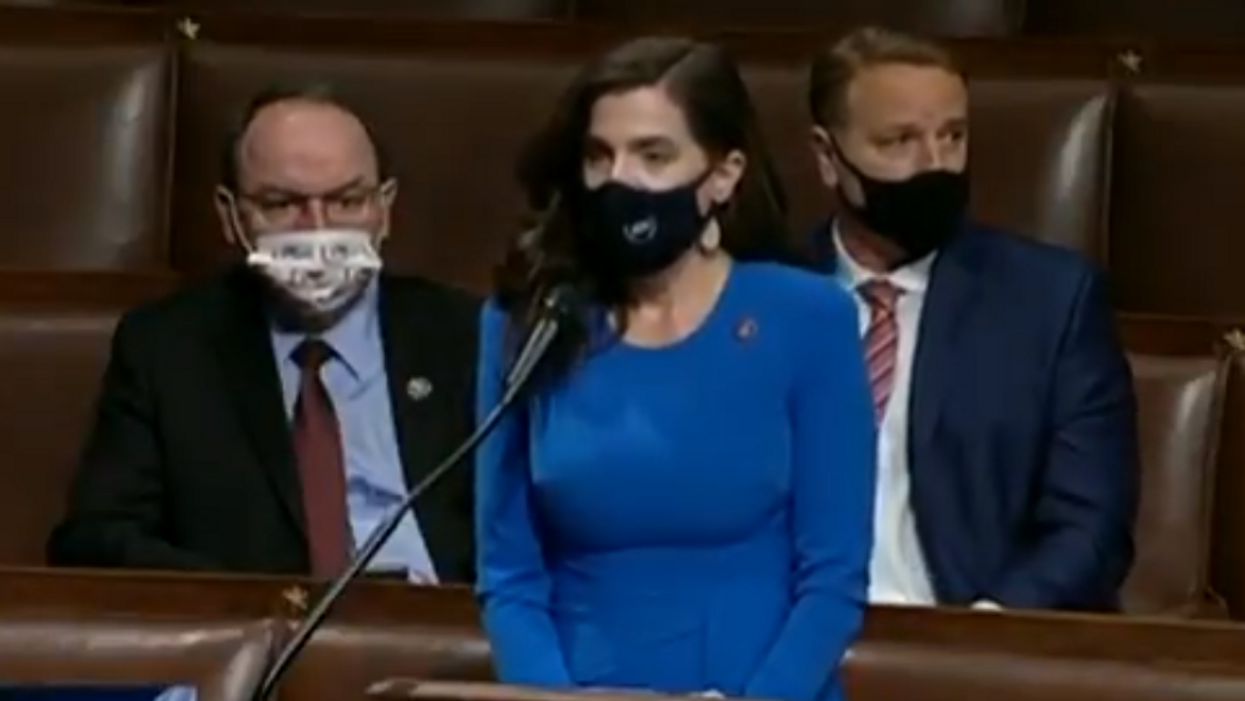 Rep. Nancy Mace (R-S.C.) caused quite a stir with her recent remarks condemning the idea of statehood for the nation's capital, Washington, D.C.

On Thursday, April 22, Mace delivered a speech on the House floor where she lambasted the proposed statehood as it passed the chamber with a 216-208 vote. The measure was largely advanced to the Senate by Democratic lawmakers because every House Republican voted against it.

According to the Republican lawmaker, D.C. statehood would be akin to "ideological terrorism."

"This is nothing but a naked power play today," Mace said of the D.C. statehood bill. "That's all this is about. People who can't get their radical agenda passed under this system our framers set up now want to blow it up. They're nothing — this is nothing but ideological terrorism by those willing to completely ignore the Constitution and system of government."

Despite Mace's arguments, many speculate that Republican lawmakers are against the measure because Democrats stand to gain more from it. According to the American Independent, "Democrats would almost certainly gain another voting member of the House, and two United States senators if the District of Columbia was a state."

In fact, Mace even argued that "This [statehood] is not about a balance of power. This is about more power," the lawmaker said adding that the nation's capital would get "two more far-left senators."

A number of other Republican lawmakers also expressed similar concerns. However, Democratic lawmakers have made it a point to push back as some believe there is a different reason for their opposition. Rep. Mondaire Jones (D-NY) on Thursday suggested that racism may be a factor in their push back.

"The truth is, there is no good faith argument for disenfranchising over 700,000 people, most of whom are people of color. These desperate objections are about fear. Fear that in D.C. their white supremacist politics will no longer play," Jones said in a fiery speech on the House floor on Thursday.