'We've checked out every IP address': MyPillow guy rambles on about how Trump will be put back in the White House 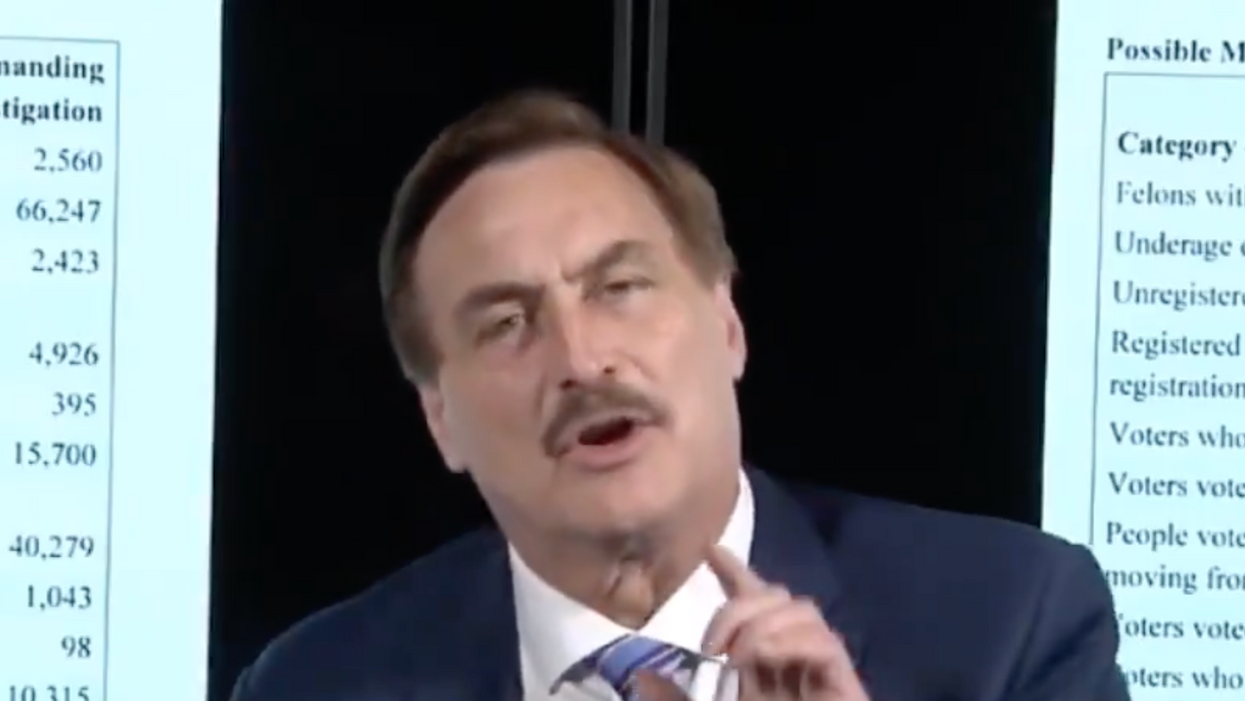 MyPillow founder and far right wing Christian extremist Mike Lindell went on a rambling rant on the radio show of a Trump-supporting conservative Christian radio host to insist that his real audience for his claims Donald Trump actually won re-election are Democrats and the neighbors of the Justices of the U.S. Supreme Court.

"I said Donald Trump will be in August, and I fully believe that myself. He'll be back in" the White House, Lindell, as he has said before, told Eric Metaxas.

A devout Trump acolyte, Lindell has become one of the most outspoken purveyors of voter fraud lies, and insists that foreign interference led to Joe Biden fraudulently winning the White House. He claims that he has a tremendous amount of evidence to prove his conspiracy theories, but now is backing away from his recent claim that once the Supreme Court sees what he has to offer they will overturn the election and Trump will return to the White House.

"But, in a parallel track, all the evidence, that evidence now, we've checked out every IP address the IDs of the computers, we have everything that it just just came back yesterday, I'm so happy now it's all we could right now, bring it to the Supreme Court, and they would go 9-0 this is turned down."

"So what I decided to do this as Mike Lindell now is I'm going to over the course of the next five weeks, four to five weeks, I'm going to dump all this evidence for all to see every day on my new platform Frank, where the world can't suppress it, where every single person, my audience I believe is a Democrat, just a Democrat that goes, 'Wow. China attacked us, this came in, it's foreign interference, they came in and stole this election through these machines Dominion and Smartmatic, everyone will get to see this over five weeks there's a very, I have a very coordinated plan here."

Mike Lindell has "a very coordinated plan" to get Trump back in the White House by August by posting reams of evide… https://t.co/uLqRjPXToI
— Right Wing Watch (@Right Wing Watch)1617200581.0