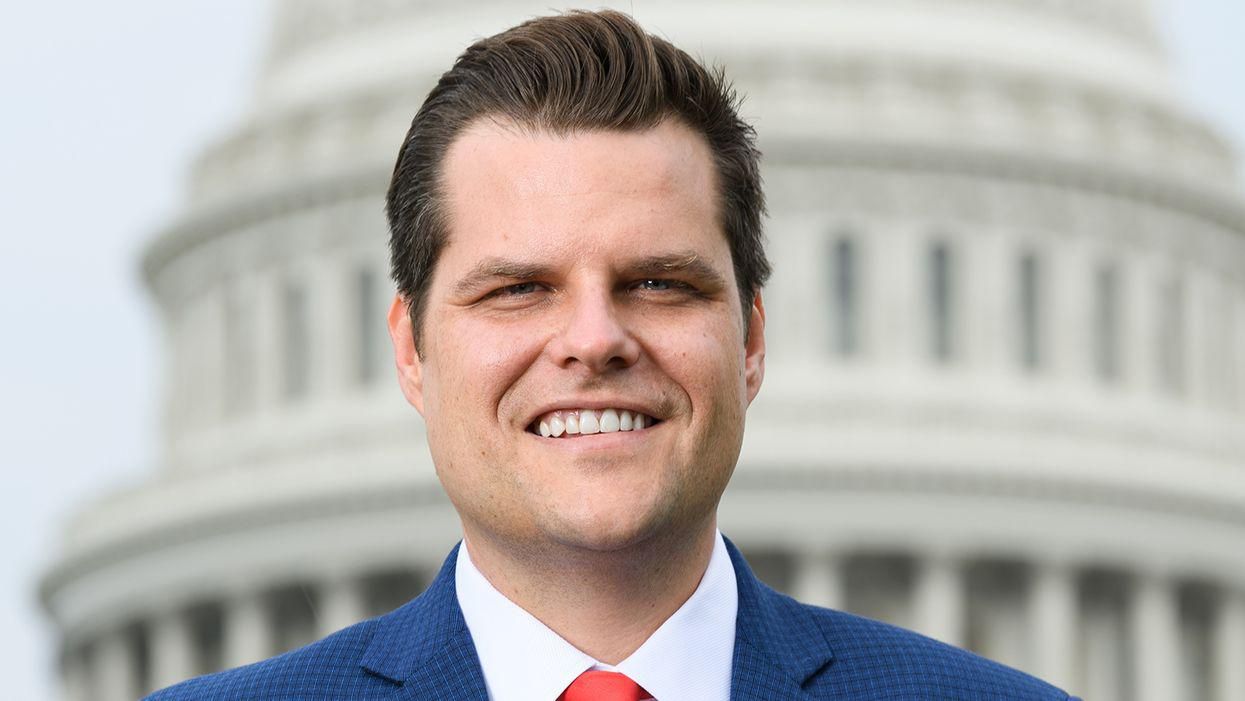 Before Rep. Matt Gaetz (R-Fla.) found himself at the center of controversy due to sex trafficking allegations, he already had the attention of social media amid speculation of a possible early retirement from Congress.

Axios reported that the Republican lawmaker is "seriously considering not seeking re-election and possibly leaving Congress early for a job at Newsmax." As reports began circulating about Gaetz's alleged involvement with a 17-year-old girl, the Congressman spoke with The Daily Beast and shed light on the possibility of a future after leaving office.

He revealed he'd had "many conversations with many people about life after Congress," as he noted that he'd "talked to either executives, producers or hosts at Newsmax, One America News Network (OANN), Fox, Fox Business, Real America's Voice and probably others I'm forgetting in this moment as I focus intently on refuting false accusations against me."

Although Gaetz named a number of news outlets, The Daily Beast noted that Gaetz was particularly interested in OANN.

But, Fox News is pushing back against Gaetz's claim making it clear that they have no interest in offering him a position at all. In a statement to Mediaite, the news outlet said, "No one with any level of authority has had conversations with Matt Gaetz for any of our platforms and we have no interest in hiring him."

The news outlet's remarks came shortly after Gaetz's wild interview with Tucker Carlson. When asked about the allegations, Gaetz told Carlson, "I'm not the only person on screen right now whose been falsely accused of a terrible sex act."

At one point during the interview, Gaetz and Carlson also appeared to clash on the details surrounding a previous dinner date. Gaetz mentioned that the dinner supposedly included Carlson's wife and a friend of his but Carlson said, "I don't remember the woman you're speaking of or the context at all, honestly."

The seemingly awkward interview caught the attention of social media users as many raised questions about the bizarre discussion.

OAN founder/CEO Robert Herring also spoke with The Daily Beast about Gaetz remarks saying, "Somebody did call me and say that Congressman Gaetz might be looking for a job, possibly at Newsmax… I think he is a great congressman, and I told [that 'somebody'] to tell him to stay there. That's what I want Congressman Gaetz to do."