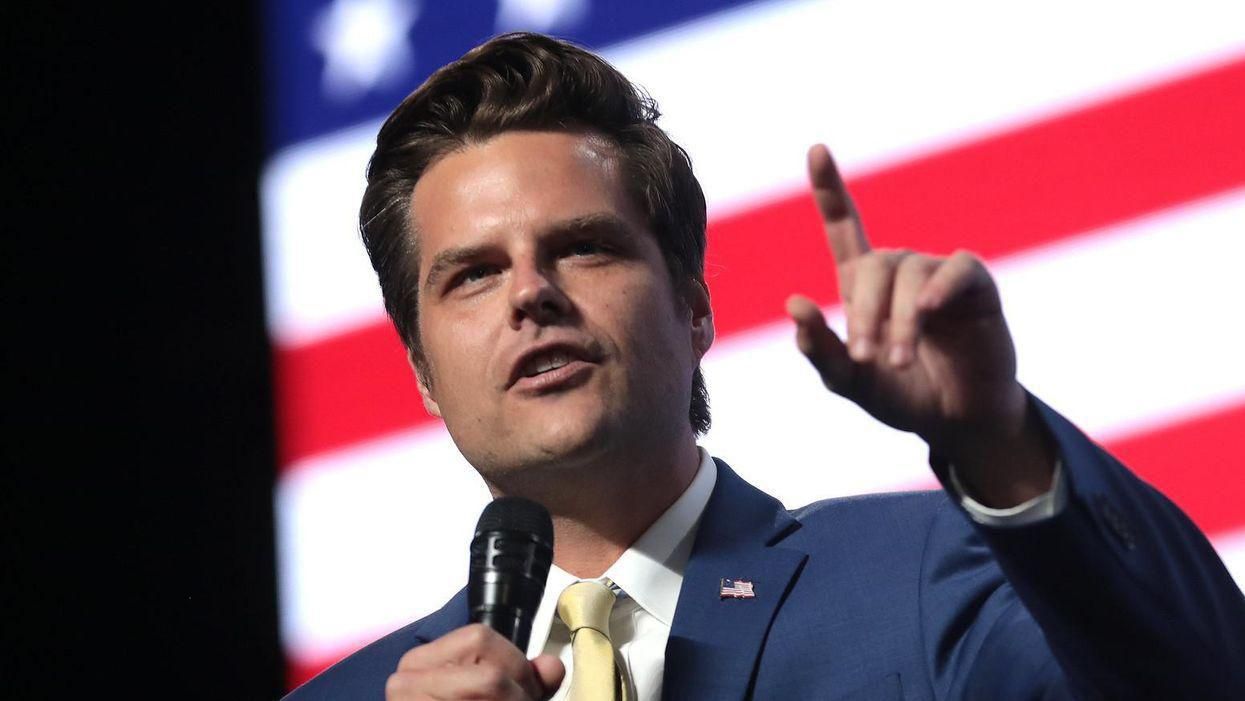 According to The Orlando Sentinel, former state Rep. Tom Goodson (R-Brevard County, Fla.) spent years advocating for legislation to make "nonconsensual pornography," also widely referred to as revenge pornography, illegal. But according to him, Gaetz was the main lawmaker who opposed the law.

He also recalled one meeting where Gaetz shared how photos should be used once they are given to a romantic partner. Goodson noted that Gaetz argued that "if someone sends an intimate image to their romantic partner, then that image becomes the partner's property to use however they want."

Because of Gaetz's adamant opposition, the Florida state Senate ultimately voted to pass a diluted version of the original piece of legislation. On Monday, April 5, Sen. David Simmons, (R-Altamonte Springs, Fla.) who sponsored the Senate bill, weighed in on the state's lacking bill. "We passed a less-than-adequate version [of the law] as a result of the fact that the House went home," Simmons said.

The latest remarks from Goodson come as investigators are uncovering lurid details about Gaetz's alleged involvement with an underage girl. The lawmaker and former Seminole County Tax Collector Joel Greenberg are also being accused of pursuing women online and paying them for sexual favors.