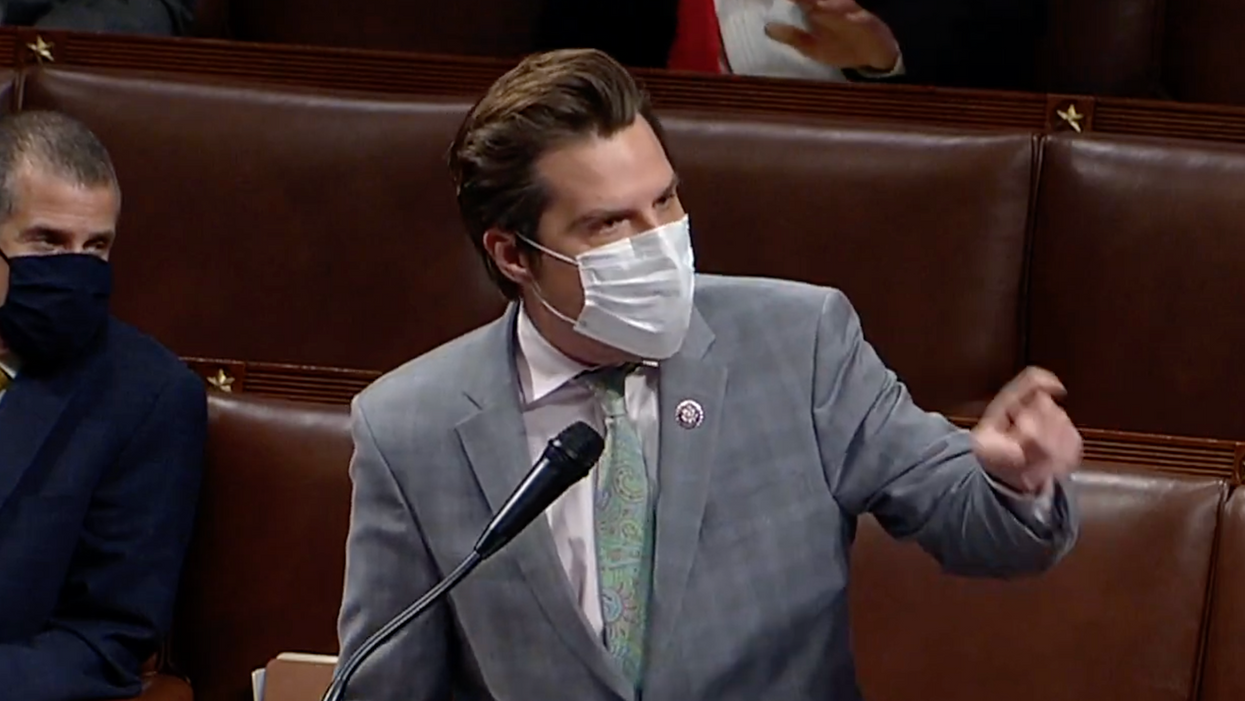 According to a report from Punchbowl News, House Republicans are making plans to force Rep. Matt Gaetz (R-FL) out of office immediately if he is indicted for having sex with an underage teen, which could hinder his ability to defend himself.

The report notes that the Republican leadership would react as soon as the word came down in the hope that they can deny Democrats a chance to score points by demanding the GOP dump the Florida lawmaker.

According to the report, the immediate dismissal of Gaetz would be unusual in that a lawmaker accused of a crime is usually given the opportunity to stay in office while the legal proceedings play out under the standard of innocent until proven guilty.

"Indicted members usually give up their committee posts while their criminal proceedings unfold, but they stay in office. Think of former GOP Reps. Duncan Hunter (R-Calif.) and Chris Collins (R-N.Y.). Sen. Bob Menendez (D-N.J.) stepped down as ranking member on the Foreign Relations Committee when he was indicted for bribery, was acquitted on some charges and then the rest were dropped and now he's the panel's chairman," the report states. "In all these cases, party leaders didn't push for a resignation. The lawmakers continued to vote. Hunter and Collins even won reelection while under indictment."

However, considering the outrage that the indictment for statutory rape or human trafficking would bring, Republicans are reportedly willing to abruptly oust Gaetz which could stop him from defending himself while using his position of power in Congress.

"If an underage girl is involved, Gaetz won't get the benefit of the doubt from his colleagues. There'll be intense pressure on House Minority Leader Kevin McCarthy (R-Calif.) and other top Republicans to call for Gaetz to leave office and fight the charges as a private citizen. That doesn't mean Gaetz has to go necessarily, but the Republican Conference would want it to happen" Punchbowl reports. "This would be a big problem for Gaetz. A member under criminal investigation wants to stay in office as long as possible. It gives them a public forum to fight any charges, and a seat in Congress is a valuable bargaining chip during plea negotiations."

According to previous reports, Gaetz appears to lack friends in Congress who would come to his defense and that Donald Trump has been warned off from associating himself now following the revelation of the Justice Department investigation.