It doesn't seem like Donald Trump plans on rescuing Matt Gaetz — yet: report 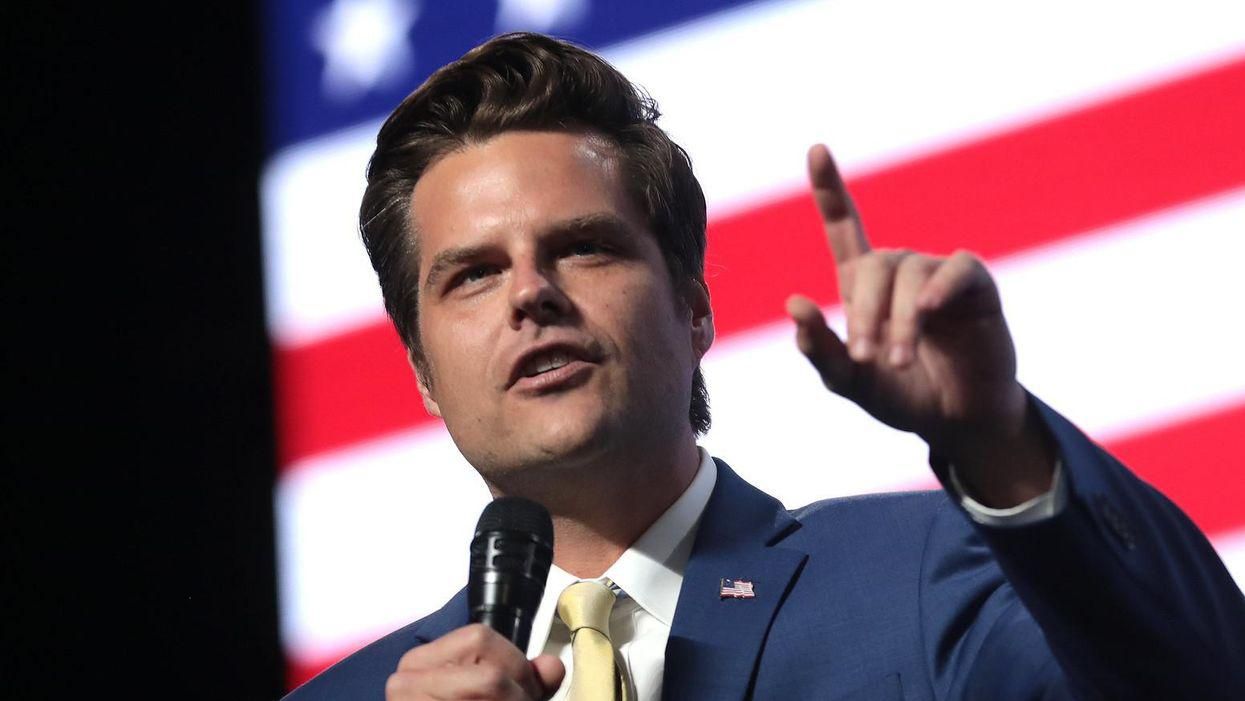 Embattled Rep. Matt Gaetz (R-Fla.) has been an avid apologist, loyalist and supporter of former President Donald Trump. But it does not look like the twice-impeached former leader of the Free World will be stepping in to help the controversial lawmaker — at least not anytime soon.

According to The Daily Beast, Trump's advisors have repeatedly urged him to do one thing where Gaetz is concerned: "Please, please keep your mouth shut." The publication reports that insiders have confirmed Trump is well aware of the mounting allegations against Gaetz and the federal investigation taking place. In fact, he is said to be closely monitoring the situation.

Although he has reportedly asked questions about his Republican ally, he is being strongly advised to stay out of the situation. The publication reports:

The two sources said that, in all of the conversations they're aware of, Trump has appeared to ultimately agree with the recommendations to keep quiet. One of the sources added that the former president has lamented that the whole thing seems "really bad" for Gaetz, while also mentioning that the allegations could be a "smear" against the Trump uber-loyalist.

The latest report on Trump comes just days after the story broke about the mounting allegations against Gaetz which focus on the U.S. Justice Department's investigation into his alleged sexual relationship with a 17-year-old girl. As the allegations began circulating online, Gaetz appeared for an interview with Fox News' Tucker Carlson.

During the interview, Gaetz maintained his innocence as he "claimed he's the victim of a convoluted extortion plot, involving Florida lawyers, $25 million, and a bizarre scheme to free former CIA agent Bob Levinson (who the U.S. government assumes is dead)." In the days following that bizarre interview, more details came to light about some of Gaetz's questionable affiliations.

Barry Bennett, a longtime Republication lobbyist who also advised Trump during his first presidential campaign, weighed in with his perspective of Gaetz's debacle.

"I don't hope for anybody to be guilty of anything, but it sounds like he's got a lot of explaining to do," Bennett said on Friday. "People underestimate Donald Trump's political ear."