Matt Gaetz showed nude pics of women he said he slept with to GOP members of Congress: report 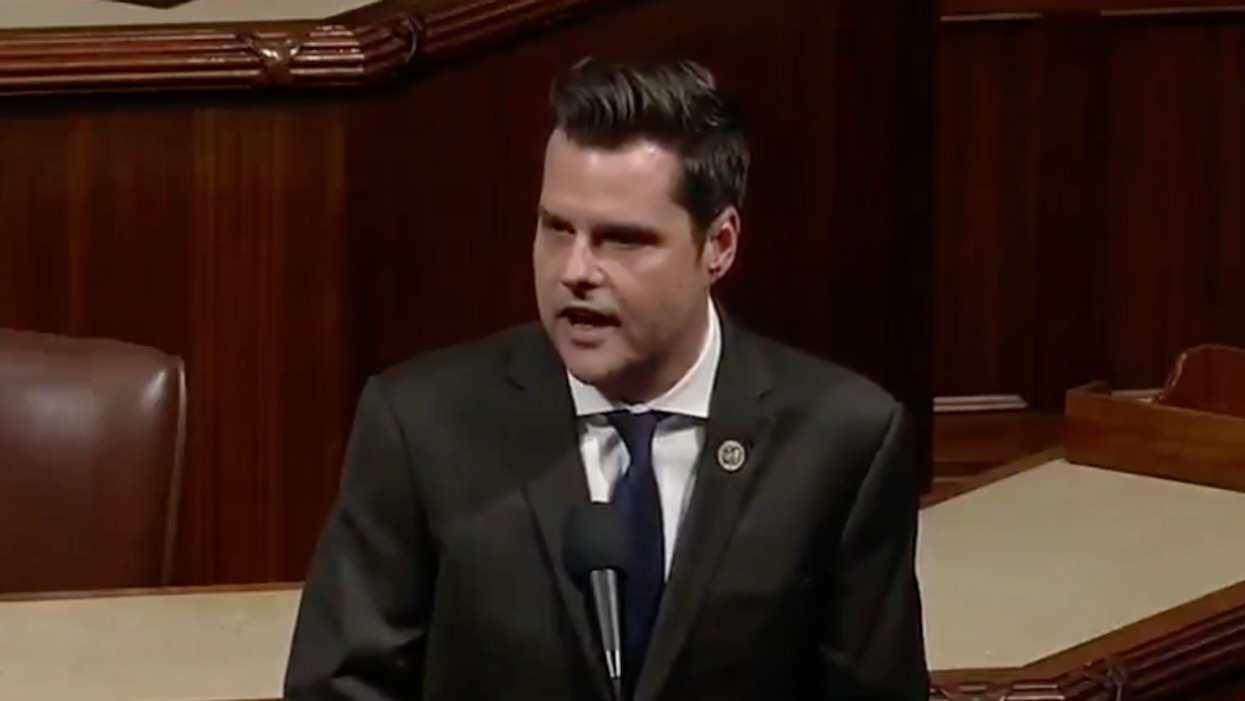 On Thursday, CNN reported new salacious details about the behavior of Rep. Matt Gaetz (R-FL), who is separately under a Department of Justice sex trafficking investigation.

"Sources say Gaetz gained a reputation in Congress over his relationships with women, and even showed fellow lawmakers some nude photos of women he said he slept with," said anchor Wolf Blitzer. "Lauren Fox is on this part of the story. What are you learning about these photos?"

"We should be very clear from the top, this is a separate issue than the DOJ investigation that is ongoing right now," said Fox. "When Matt Gaetz was a new member of Congress, he earned a reputation quickly of being a close ally of former President Trump's. He liked to be in the limelight of the media. He also, according to multiple sources CNN spoke with, behind the scenes likes to show his colleagues photos and brag about sexual exploits he had with women."

"Three sources told CNN this was something that Gaetz did, and two of these individuals had seen these images firsthand," said Fox. "One of these individuals said they saw this image, Matt Gaetz shared this image with them, a nude photograph on the House floor. One said they had seen an image Gaetz shared with them just off the House floor, but still at the U.S. Capitol. CNN reached out to Gaetz for comment. We have not heard any response from either Gaetz nor his office. Obviously this is a significant development given what is going on with the DOJ investigation."