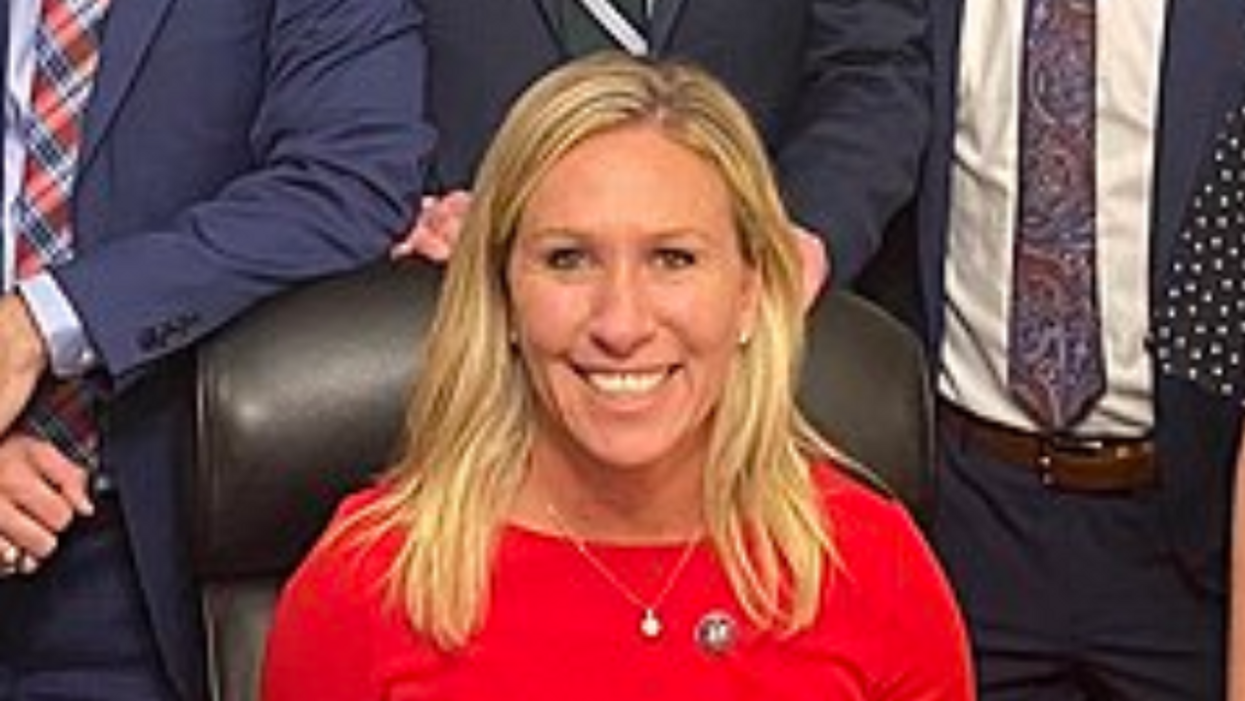 Do not—Do. Not.—dismiss this as just a handful of Republicans: Reps. Marjorie Taylor Greene and Paul Gosar are starting an "America First Caucus" in the House of Representatives, and they might as well go ahead and call it the You Will Not Replace Us Caucus or get real honest and call it the White Supremacist Caucus, because the introductory description of the group's purpose, as reported by Punchbowl News, is breathtaking.

While immigration may increase the nation's "aggregate output," they acknowledge, it's still unacceptable because of "the long-term existential future of America as a unique country with a unique culture and a unique identity being put at unnecessary risk."

The progeny of European architecture pretty much puts it right out there, just in case you'd missed the Anglo-Saxon bit: We're talking about white people, and nobody but. The United States of America is unique … but in a very European way.

So. Why should you not dismiss this as just a handful of Republicans? Punchbowl reports that Greene and Gosar are being joined by Reps. Louie Gohmert and Barry Moore, but that's still just four. Yeah. Four people elected to the United States Congress creating or signing on to a group intended to bring stunningly, classically white supremacist ideas to Congress. Four is not a lot of people to embrace white supremacy if the four people are random schmoes in a population of millions. Four is a lot of people when you're talking about a pool composed of those elected to the national government in one of two major parties. There are 212 Republicans in the House and it's not hard to think of a few more of them who are probably thinking seriously about joining this caucus.

This is also significant because it's not coming out of nowhere. A "certain intellectual boldness is needed amongst members of the AFC to follow in President Trump's footsteps, and potentially step on some toes and sacrifice cows for the good of the American nation." There are footsteps for them to follow in when they sketch out this white supremacist vision of the U.S.—footsteps that went into the White House.

For years the Republican Party as a whole has gotten the benefit of the doubt about its far-right members. It's just a few, people said. It's the fringe. But the party as a whole keeps moving toward that fringe, making the fringe of a decade ago the center of the party now. It is never safe to assume that Republicans will cleanse themselves of the racists or the conspiracy theorists or the sex pests in their party. We've watched them refuse to do so again and again, and if we don't learn from that, it's a guarantee of disaster.