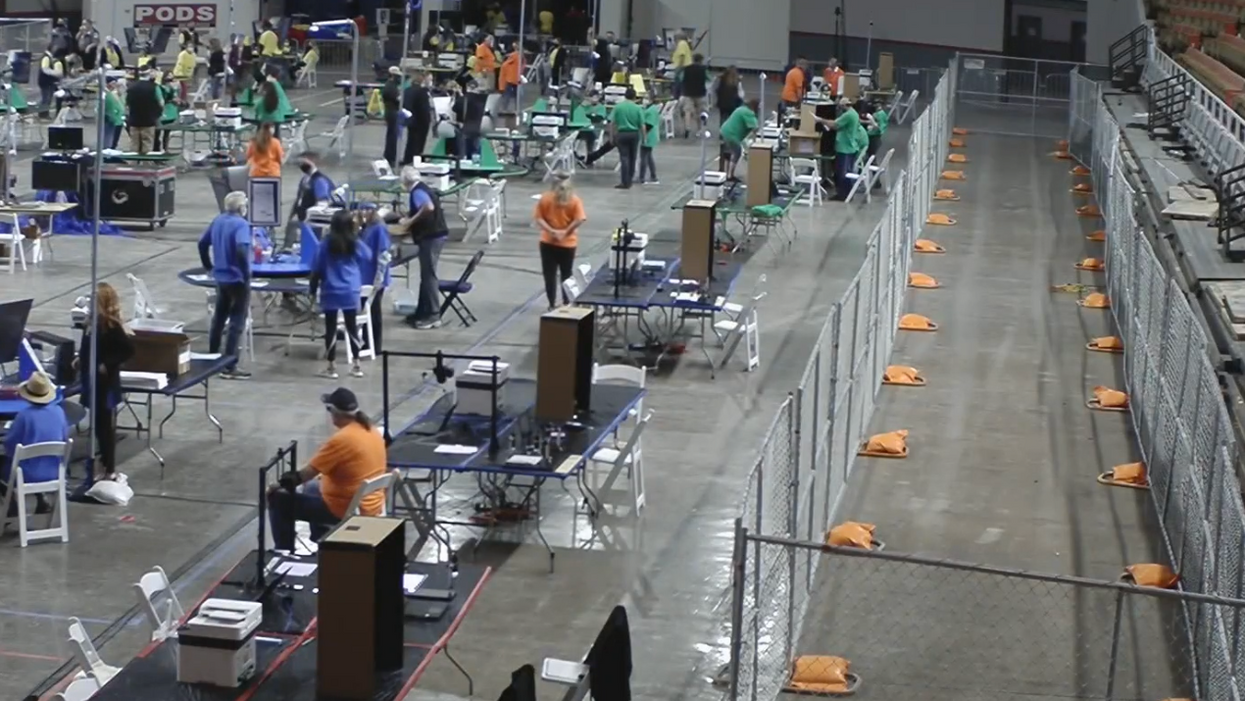 The 2020 presidential election was over several months ago, but there is still an audit underway in Maricopa County, Ariz. — and it's contributing to another full-blown conspiracy being perpetrated by QAnon believes.

According to The Daily Beast, audit watchers are now expressing concern about the presence of a man named Ron Watkins, an individual who is believed to have contributed to the birth of the whole QAnon conspiracy theory.

Although this recount should have no impact on the outcome of the presidential election since Arizona Gov. Doug Ducey (R), Arizona Secretary of State and the state's Supreme Court chief justice have certified the results of the election, it has become a serious focal point for the conspiracy theorists that embraced former President Donald Trump's claims about the election being stolen.

The publication reports that there is speculation that Watkins is the "anonymous Q." While he has denied the speculation, he is known for perpetuating the latest conspiracies about the Maricopa audit by suggesting it could be "attacked by rioters."

In a post shared via Telegram just two weeks ago, Watkins wrote, "Will Maricopa county deploy police to protect the auditors from rioters?" he posted on his Telegram channel in mid-April. "Will the police end up standing down? You cannot have information security without physical security."

Watkins also had help in raising concerns about the audit. Like him, retired Lt. Gen. Michael Flynn also tossed around baseless and unfounded claims with no evidence to back his words. During a speech earlier this month, Flynn stoked fears about the audit, suggesting antifa and Black Lives Matter activists would be at the center of attacks on the audit.

"I'm telling you now, I'll say it today, because we have intel that they may be bringing people down from Portland and Seattle to disrupt," Flynn said. "I mean to disrupt finding the truth, discovering the truth?"

Despite the QAnon claims of unrest that could take place in Arizona, there is no evidence to support the faux concerns conspiracy theorists are attempting to push.