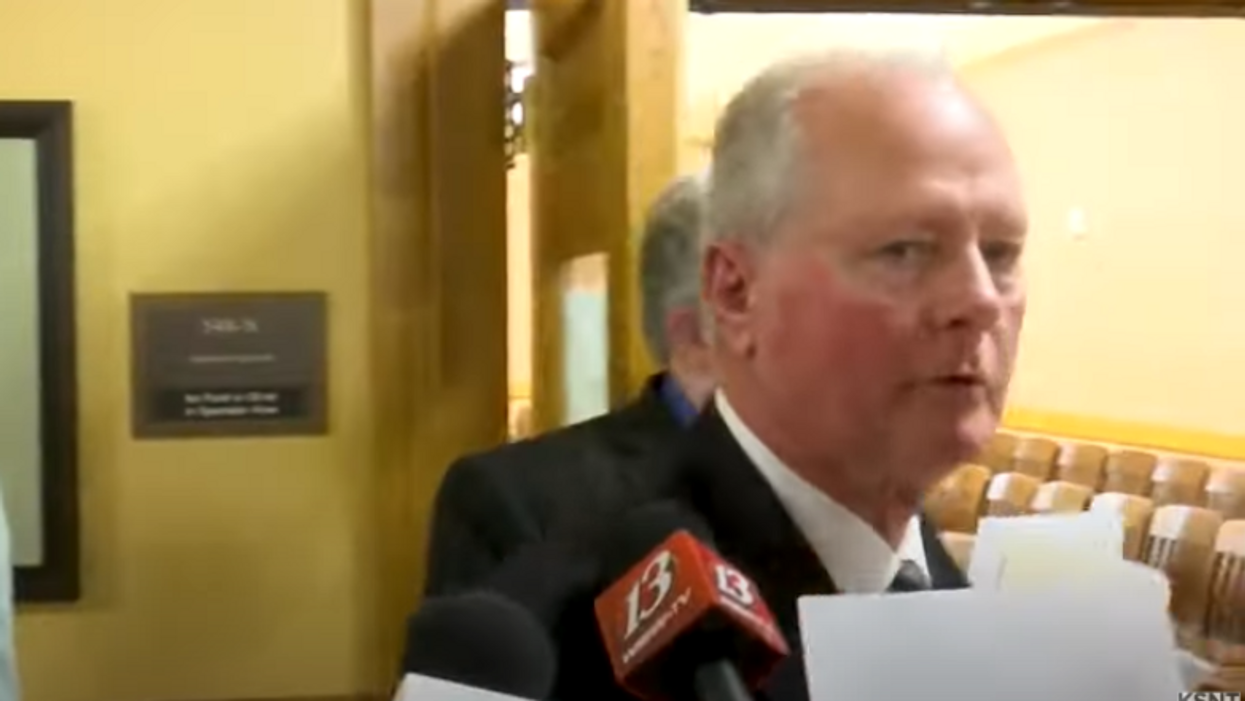 On Thursday, April 8, the Topeka Police Department released the affidavit with all of the disturbing details about Suellentrop's arrest. As the Republican lawmaker sped the wrong way down an interstate on the outskirts of Topeka, Kan. a number of cars were forced to swerve to avoid hitting Suellentrop. In the process, those cars nearly collided with other vehicles, reports The Washington Post.

After a 10-minute chase, officers were finally able to stop the vehicle. That's when they found a drunken Suellentrop behind the wheel. Officers proceeded with a blood test, which confirmed Suellentrop's blood level was double the legal limit.

As officers prepared for Suellentrop's arrest, he allegedly fired off saying, "All for going the wrong way," Suellentrop said to the officer, according to an affidavit. "Donut Boy."

In the affidavit, Kansas Highway Patrol Officer Austin Shepley also shared more details about Suellentrop's drunken remarks as the lawmaker told the officer he could "beat him in a fight."

"He looked me up and down, stating he played state sports competitively in high school," Shepley wrote. "He stated he could 'take me.'"

Kansas senate majority leader back at the statehouse after arrest www.youtube.com

As a result of the drunken chase, Suellentrop was hit with a felony charge for eluding police. In the wake of Suellentrop's arrest, he announced that he would be passing the majority of his responsibilities to Assistant Majority Leader Sen. Larry Alley (R).

When details about Suellentrop's arrest were released on Thursday, April 8, Senate Minority Leader Dinah Sykes (D) sounded off with critical remarks about the 69-year-old lawmaker's behavior, according to KSNT.

"While Senator Suellentrop deserves due process and appropriate consequences for his irresponsible behavior, he also deserves to be held to the same level of accountability as the Kansans he has been elected to represent," state Senate Minority Leader Dinah Sykes (D) said in a statement Thursday, KSNT reported. "I am disappointed that he has not come to this conclusion himself."