John Boehner let the vitriol fly during 'wine-soaked' recording of audiobook. One target was Ted Cruz 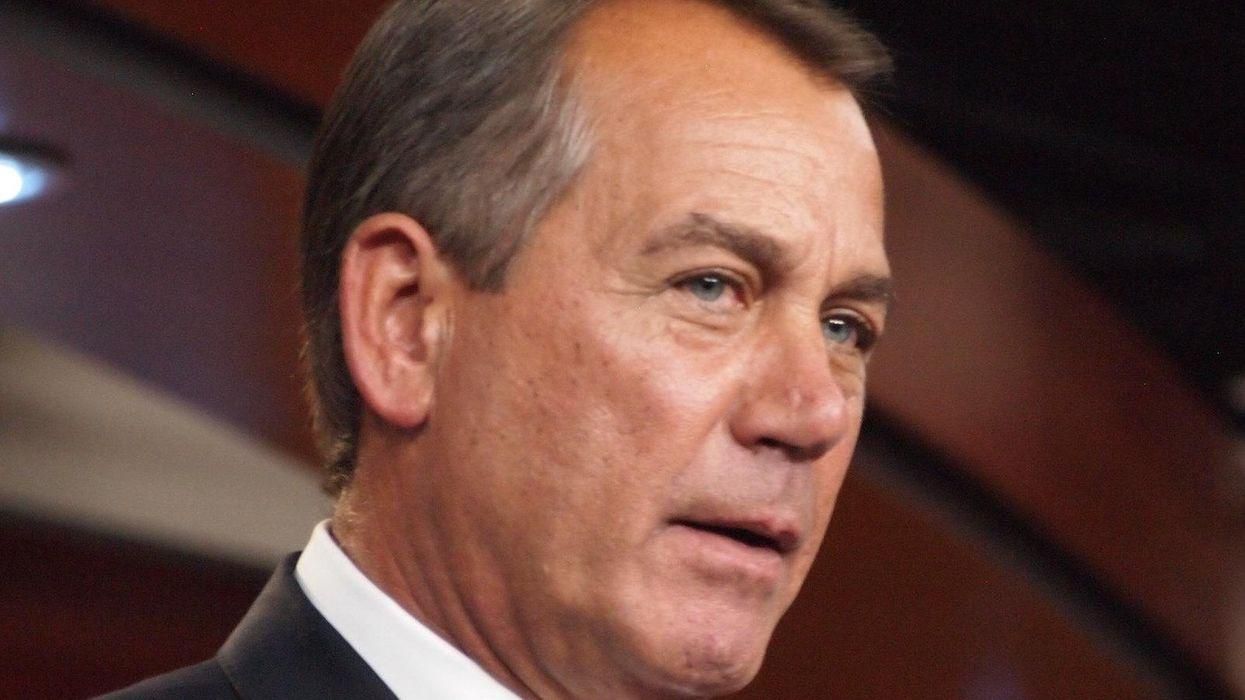 John Boehner https://www.flickr.com/photos/medilldc/6722259717
House Majority Leader John Boehner, R-Ohio, said Republicans will continue to push the pipeline because it is "good for our country, good for our economy and good for the American people." (Mattias Gugel/Medill)
Aldous Pennyfarthing
and
Daily Kos
April 05, 2021

Former House Speaker John Boehner's new memoir is set to be released later this month, and if the excerpts that have trickled out so far are any indication, he aims to settle scores. Not so much with Democrats—though I have no doubt he'll have some salty words for our ilk. No, in the excerpts that we've seen so far, anyway, he reserves most of his scorn for his fellow Republicans.

Daily Kos Community member AKALib has a comprehensive rundown of Boehner's new opus, but it leaves out a delicious nugget from Boehner's audiobook.

As the tweet advises, you need to listen (to the end) to get the full effect.

When @SpeakerBoehner was recording his audiobook I was told by sources that during these wine-soaked sessions he wo… https://t.co/RxSafgyy3F
— Jonathan Swan (@Jonathan Swan)1617377098.0

BOEHNER: "Freedom means you can be a genius and invent new products that make you millions of dollars and help millions of people. It means you're free to work your way to becoming the first in your family to go to college. It means you're free to reach as high as you want no matter where you came from, even if you're a little kid sweeping a bar out in southwest Ohio. Take it from me, you'll never know where you end up. That's freedom. I'll raise a glass to that any day.
P.S. Ted Cruz, go fuck yourself."

Oh, yes. John Boehner is no fan of Ted Cruz. Because he's—how do I say this?—a warm-blooded mammal with functioning senses and real human emotions.

And in case you thought Boehner simply lost his wits after one too many red wines, he makes his feelings about Ted plain in the book itself.

"On Sen. TED CRUZ (R-Texas): 'By 2013 the chaos caucus in the House had built up their own power base thanks to fawning right-wing media and outrage-driven fundraising cash. And now they had a new head lunatic leading the way, who wasn't even a House member. There is nothing more dangerous than a reckless asshole who thinks he is smarter than everyone else. Ladies and gentlemen, meet Senator Ted Cruz."

So there you have it. Ted Cruz is a reckless asshole.

But you knew that already, didn't you?